The textbook Astrophysics in a Nutshell, talks about the "blue continuum spectrum" in relation to the spectrum of an AGN: 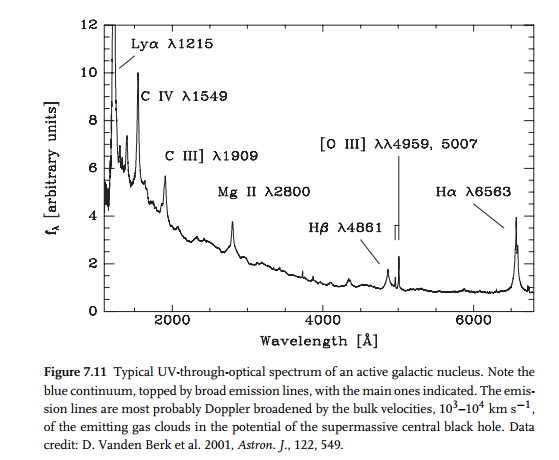 I know that a continuum spectrum is caused by the interaction of a large number of atoms, ions or molecules spreading out the discrete emission lines of an object.

The continuum spectrum could be described as "blue" as it is skewed towards shorter wavelengths. There is an excess of blue light compared to red.

You can see this in the way that the continuum part of this spectrum curves up towards the left and down towards the right.

Not the answer you're looking for? Browse other questions tagged spectra active-galaxy or ask your own question.