Lagrange points are points of relative stability near the orbit of another, more massive body. Most of the examples of such points regard orbits with relatively low eccentricity. However, after messing with simple nbody simulations, I have been having trouble with recreating restricted 3-body systems where the secondary ($M\geq25m$) is in a highly eccentric orbit ($e>0.7$) and the tertiary is in some Lagrange point around the secondary. Is any Lagrange point in this scenario unstable, or are there special cases which work? If the latter is true, which range of mass ratios and orbital eccentricities (w/o semimajor axis) result in relatively stable (or mostly metastable) orbital configurations with lifetimes of at least half of a L1/2/3 for a circular orbit?

One of the answers to the researchgate question What are the equation of motion for elliptical restricted three body problem? says:

which returns a large number of papers, most paywalled. The answer also provides these two Researchgate links:

Peng et al. 2017 seems to do a great job of finding closed, periodic orbits in the significantly eccentric restrictred three body problem. The target is Mercury with an eccentricity of 0.2 and a huge mass ratio, and completely ignores what Venus would do to it but it does offer a way forward for you and while it will take some investment in time and codings/scripting, may be quite fun and rewarding. 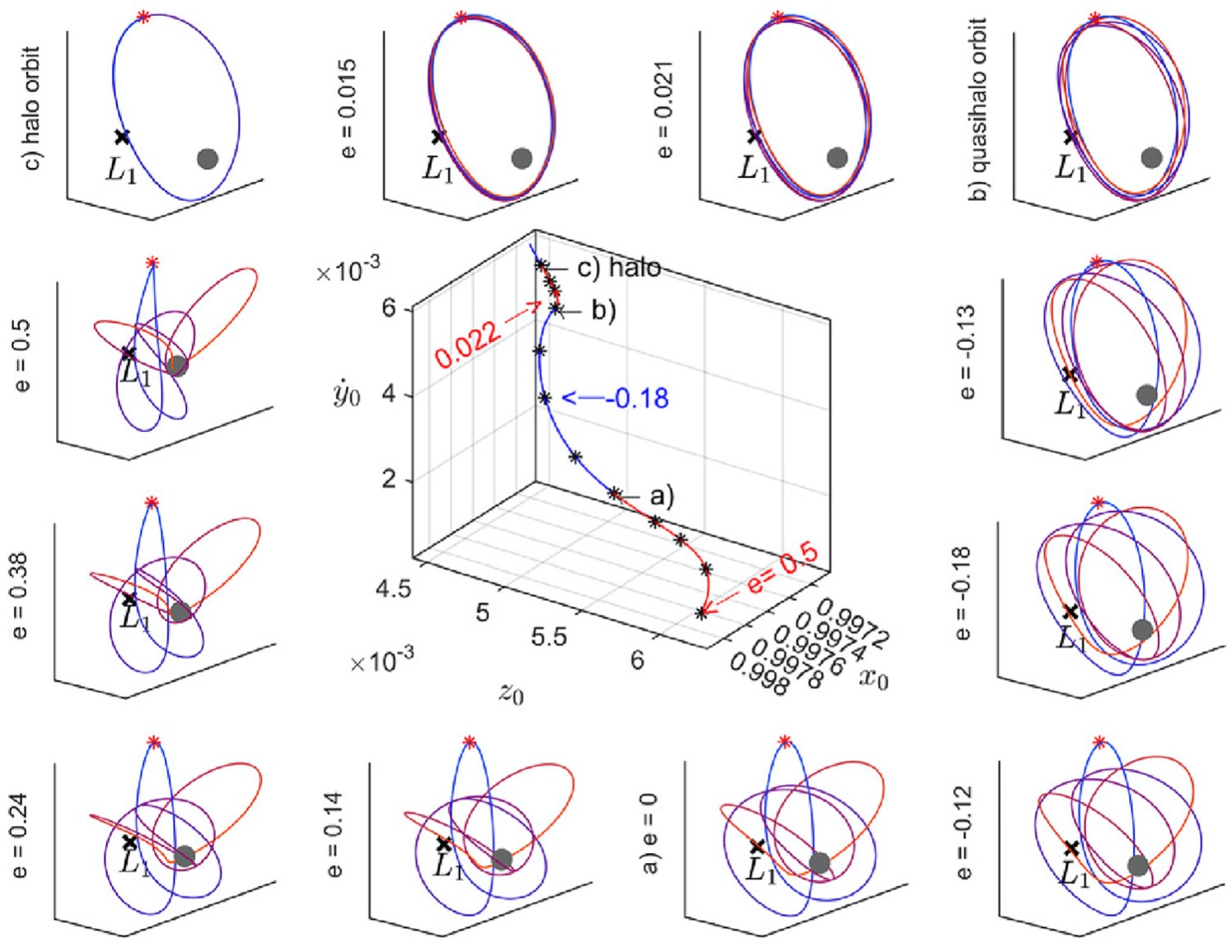 Fig. 7. Variation of ME-Halo orbits around L1 from the Halo orbit c) to the ME-Halo orbit in the ERTBP with e = 0.5 on half of the curve A. The orbit is arranged from the upper left corner clockwise starting from orbit c).

They start with a normal halo orbit (e=0) then evolve it to a "resonant" closed orbit where after $M$ periods of Mercury (in the inertial frame) the third body has orbited $N$ times. Thus the multi-lobed appearance in the rotating (synodic) frames as shown. See Eq. 5 in the paper.

Once they get a closed form they then slowly ramp the eccentricity to larger positive or negative values (meaning t=0 is at either Mercury's perihelion or aphelion) while continuously making small changes in the starting state vector to keep the resulting body closed and "resonant".

The paper speaks for itself and needs to, I can't reduce it all to a Stack Exchange answer, but I'll include two more images that help illustrate how this kind of study unfolds and what results are like.

I think you can adapt this technique to your mass ratio of 25 and eccentricity of 0.7 by first staring with repeating their results (they provide mass ratios, eccentricities and the initial state vectors that will take an object into a closed, "resonant" ER3BP orbit), then you can walk your way slowly to your conditions. 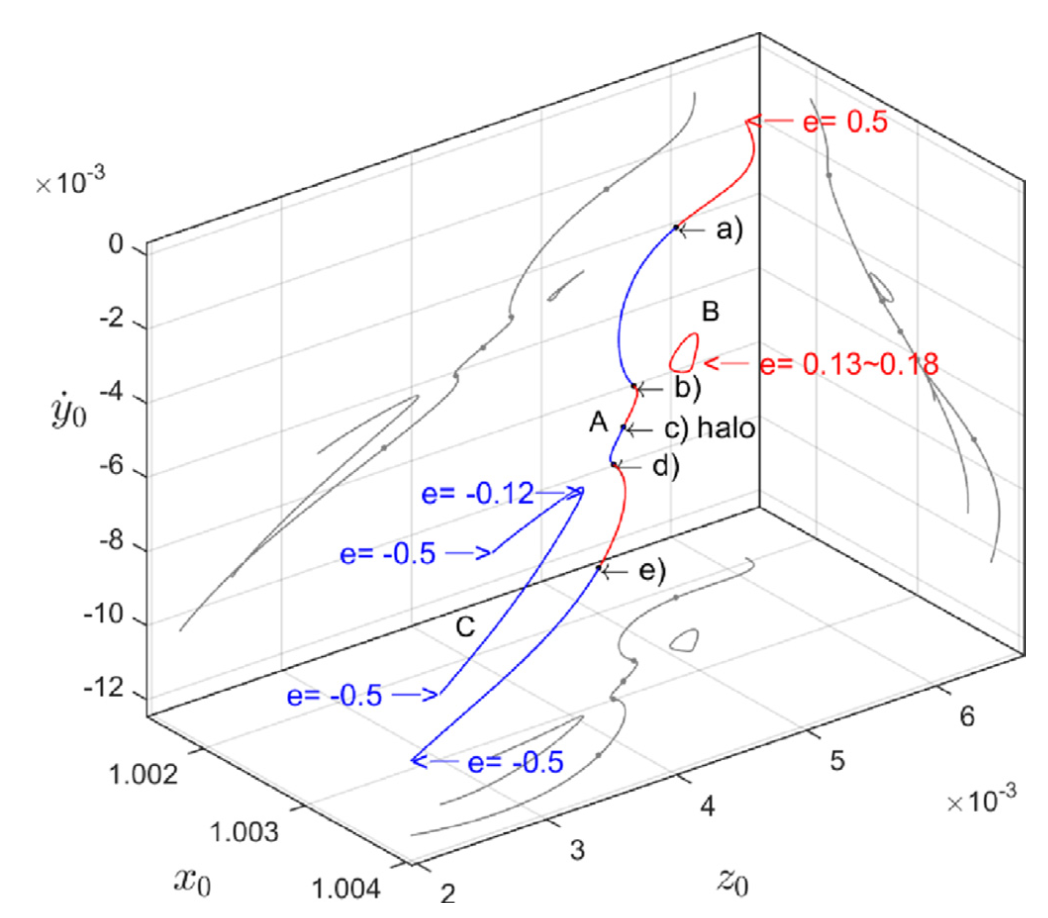 Fig. 14. Three characteristic curves of the ME-Halo orbits around L2 in the parameter space (x0 , z0 , y ̇ 0 ). The red (or blue) arcs and texts correspond to positive (or negative) eccentricity (the same for following figures in this paper). There are three separated curves, A, B, and C. Five switch points between different colors give periodic orbits in the CRTBP annotated from a) to e). (For interpretation of the references to colour in this figure legend, the reader is referred to the web version of this article.) 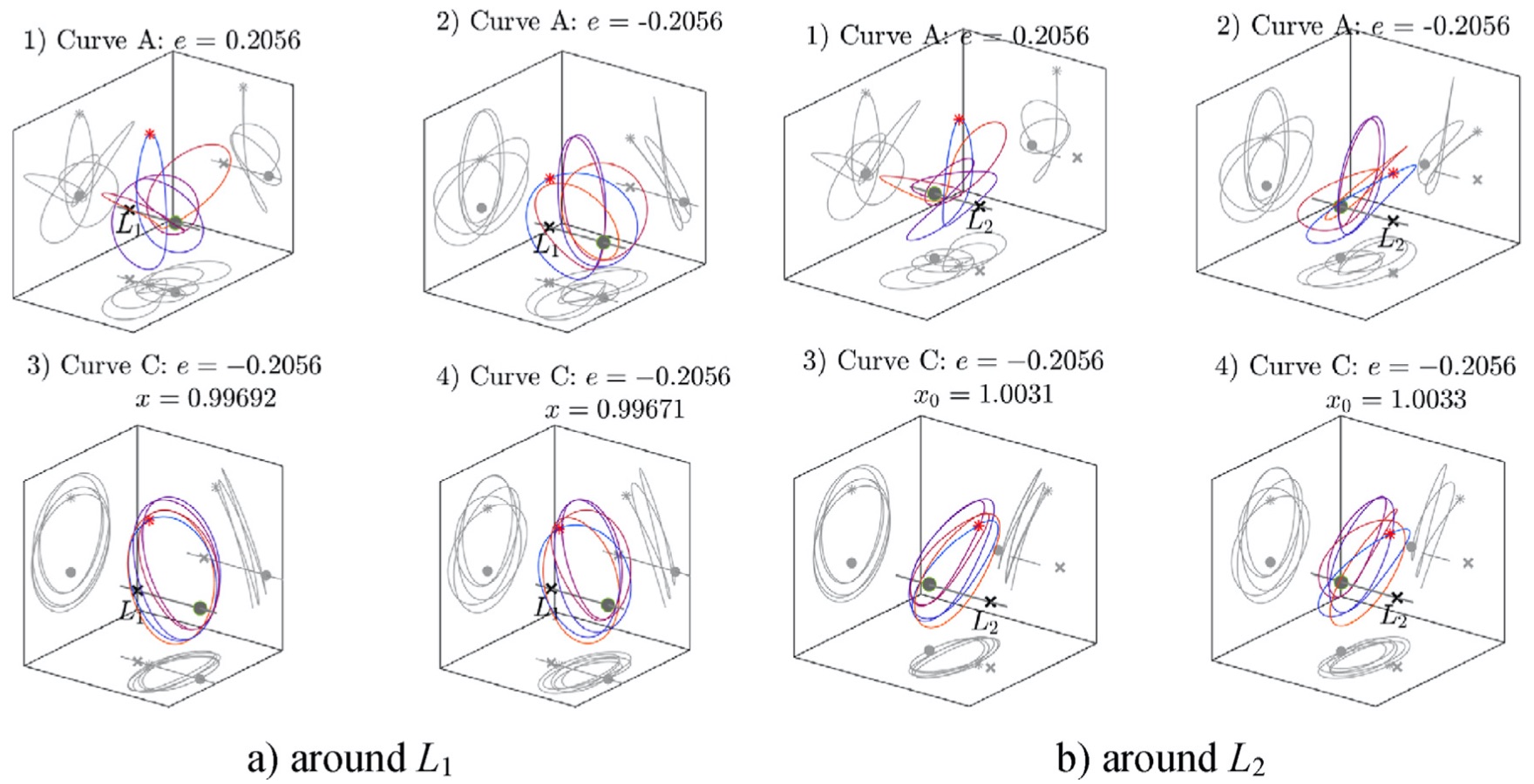 Fig. 17. ME-Halo orbits in the Sun-Mercury ERTBP on different characteristic curves. x0 of orbits on the curve C are listed to distinguish them. 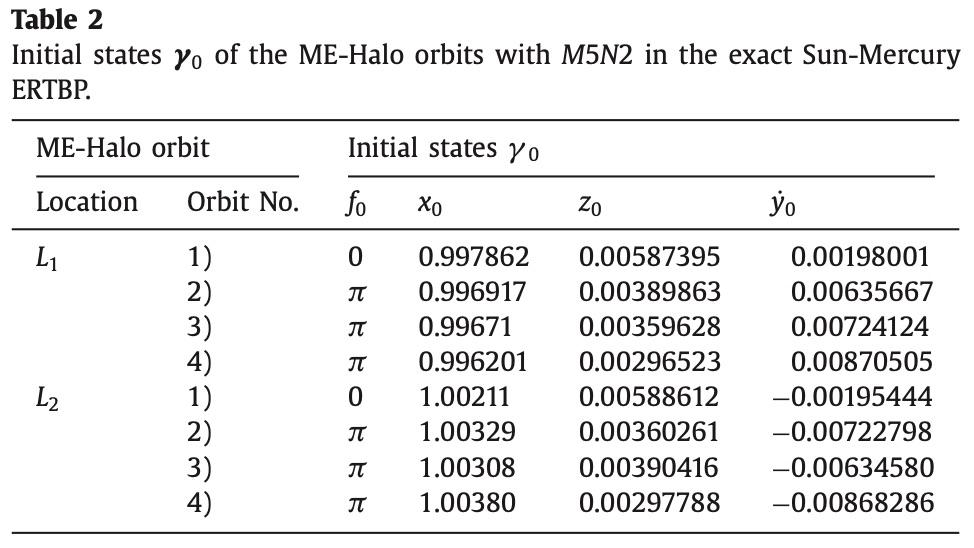 20
How stable are Lissajous orbits?
3
Lagrange points and the radius of the Hill sphere
10
Determining the area of Lagrange Points
2
What kind of triangle is formed by three unequal masses in a circular restricted three body orbit?
14
How do Lagrange points L2 and L3 form?
9
Why don't we find planetoids at L4/L5?
0
Would an accumulation of dust in a planet's L1 Lagrange point plausibly obscure it from Earth?