Could Neptune be viewed with the naked eye from Uranus?

Which star or planet in our night sky can match what Neptune would look like when viewed from Uranus, or one of its moons?

The answer would be for the most favourable condition, which is when Neptune and Uranus are closest to each other.

Uranus’ average distance to the Sun is 19.1 au and that of Neptune is 30.07 au. Let’s neglect eccentricities and orbital inclinations, and we get a minimum distance of about 10 au. Let’s suppose we’re directly in line with the Sun and Neptune, so the angle α is 0 (zero).

In other words, this is barely brighter than the faintest stars you can see with the naked eye from the Earth on a dark, moonless night, away from city lights.

But, again, this is neglecting eccentricities and orbital inclinations, so in reality, Neptune would be fainter even in the best circumstances.

I tried the nice new JPL Horizons interface and fired up Excel which I haven't used in a long time.

For years 1800 to 2100 in Observer mode it calculates apparent magnitude using all the bells and whistles (albedo model, phase angle, illumination, etc.) and gives the following results.

Seen from Uranus, Neptune's apparent magnitude is predicted to brighten to +5.5 at opposition at a distance of about 10.5 AU.

There does seem to be a little glitch at the year 2000 (reporting it now) and as @PierrePaquette points out since the orbits are not circular if we go far into the future or past we can probably find oppositions at slightly closer distances (as low as 9.7 AU) which might bump you to +5.3 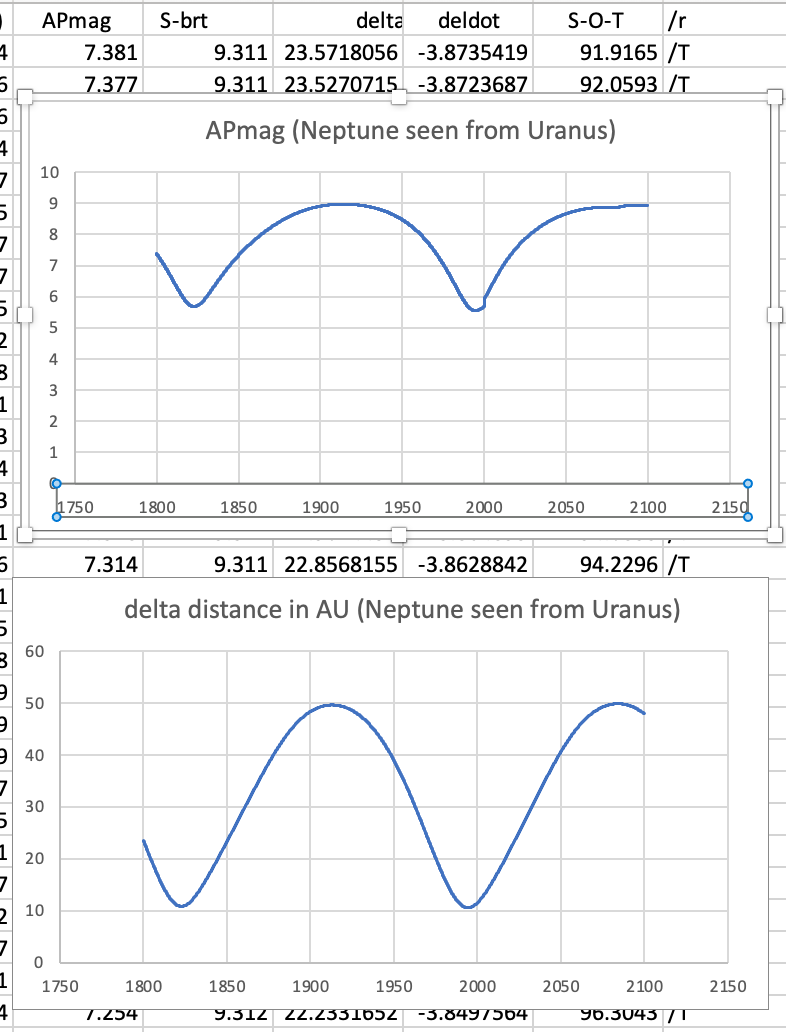 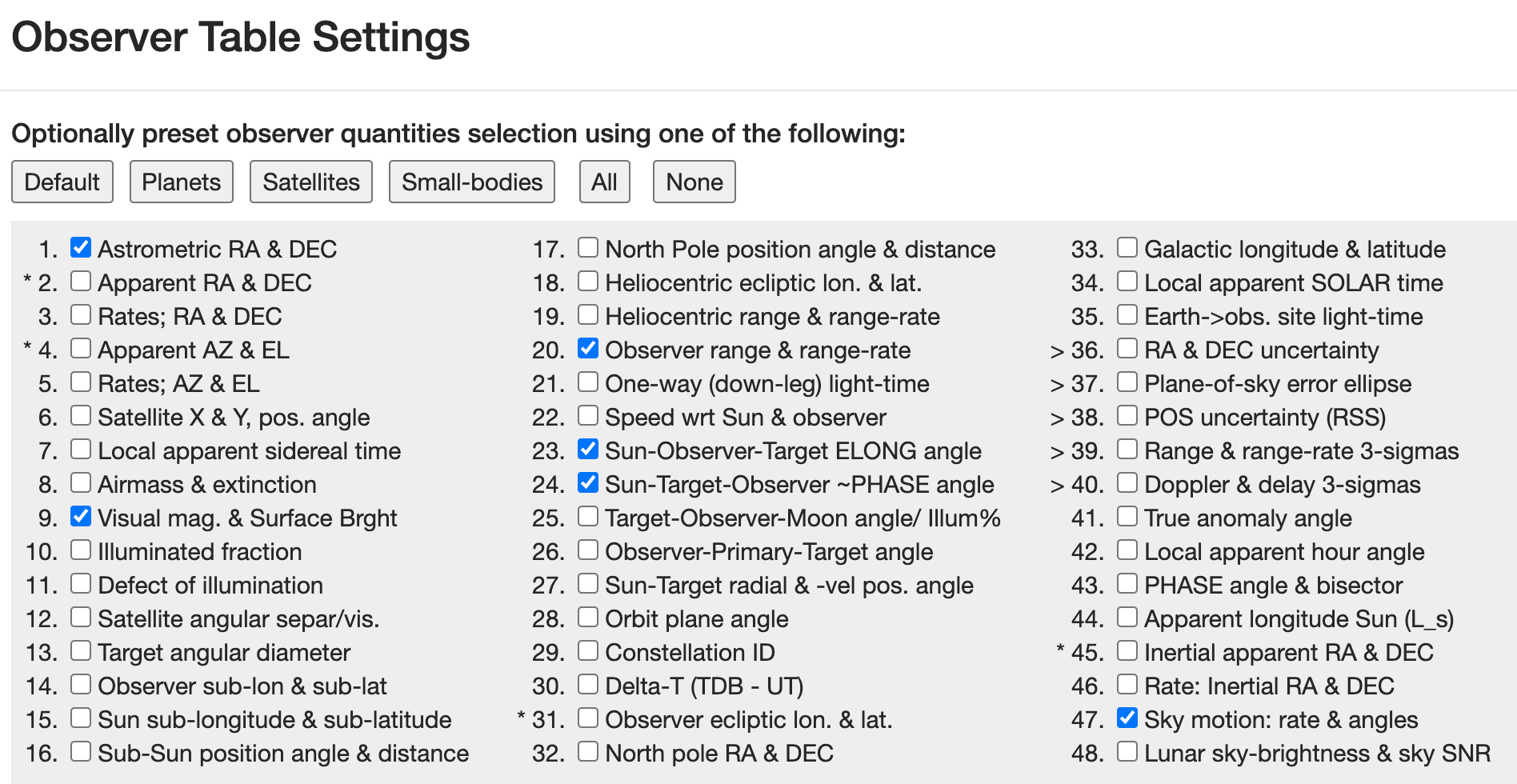 For example, if we scale the brightness from a hypothetical (and impossible) situation where both are viewed at opposition from 1 au and they were 1 au from the Sun, they would both have an apparent magnitude of about $-7$ (according to the Wikipedia article on absolute magnitude).

i.e. At its most favourable, the brightness of Neptune seen from Uranus is almost the same as Uranus as seen from the Earth.

If I have calculated it right then the apparent magnitude of Neptune as seen from Uranus is approximately 4.

Not the answer you're looking for? Browse other questions tagged planet distances apparent-magnitude neptune uranus .

31
Which planet, viewed from which other planet would appear the largest?
9
How fast is Neptune getting brighter? When was was this first noticed and reported?
-5
What is 5 in 5log10 the value of?
-2
What is Saturn’s apparent magnitude at its brightest when viewed from Uranus?

17
Will Neptune be visible with the naked eye if I am standing on its satellite
22
At what distance from Earth would our Sun be the same apparent magnitude as the next brightest star in the sky?
15
Why does Neptune only have one major moon?
11
If the axial tilt of Uranus (97°) was caused by a giant impact, then why do its moons orbit around its equator at the same tilt (≈97°)?
4
What would Jupiter look like from a Galilean moon?
4
Composition of ice giants
34
Can Pluto be seen with the naked eye from Neptune when Pluto and Neptune are closest?
7
Why was Neptune rather than Uranus chosen as an archetype?
31
Which planet, viewed from which other planet would appear the largest?