Is there a flaw with the newer purposes and correlations attributed to the HR diagram? (And would a third axis of mass correct the enclosed flaw?)

When I was younger, I was looking at HR diagrams, and began to experiment with the HR diagram.

I was looking at plotting different groups of stars on the HR diagram when I found RV Tauri stars.

These are stars between 0.4 and 9 solar masses; they have reached the end of their "life" and the fusion shell of such a swollen star is advancing towards its surface (when it hits, the planetary nebula starts to form), thus its heats up and swells further. This phase occurs after the Asymptotic Giant Branch/Red Clump phases (AGB for high-metallicity stars, RC for low-metallicity stars).

Taking into account the above information, RV Tauri stars are BOTH more luminous and hotter at the surface than red giants (and AGB/RC stars), they should appear to the upper-left of the latter of the aforementioned groups (given the inversion of the temperature axis). All seemed well.

But then I saw this: 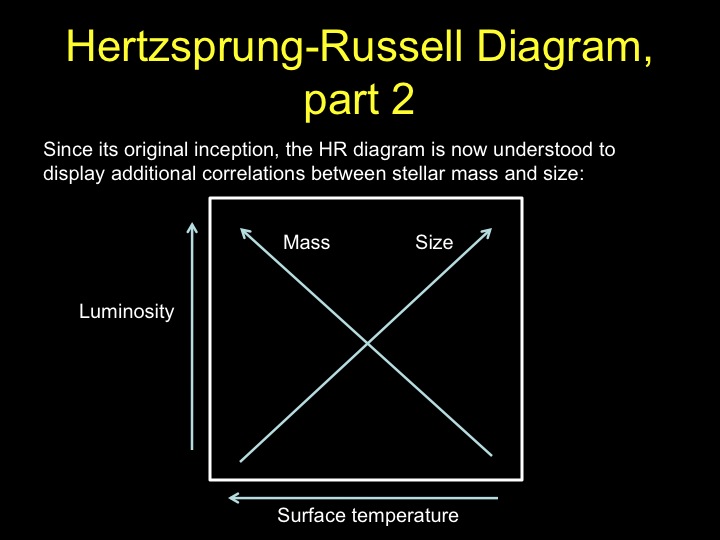 My knowledge of astrophysics tells me that due to stellar winds and the equation E=MC^2, a star's mass (after "birth") will usually decrease over time (unless receiving matter from another star). But if RV Tauri stars are above and to the left of red giants, it means that according to the graph, an increase in mass occurs every time a star migrates to the RV Tauri stage.

I know that all graphs have their limitations, but in my mind it was wrong to claim that these correlations were set in stone. Only axes could ever display data in a perfect way (they treat different units of data as separate simple measures, not "more unstable" compound measures). So I added a third axis of mass (as this is whole problem is to do with plotting the evolutionary "tracks" of stars); this is what is known to affect stellar evolution to the greatest extent. Here is what I came up with: 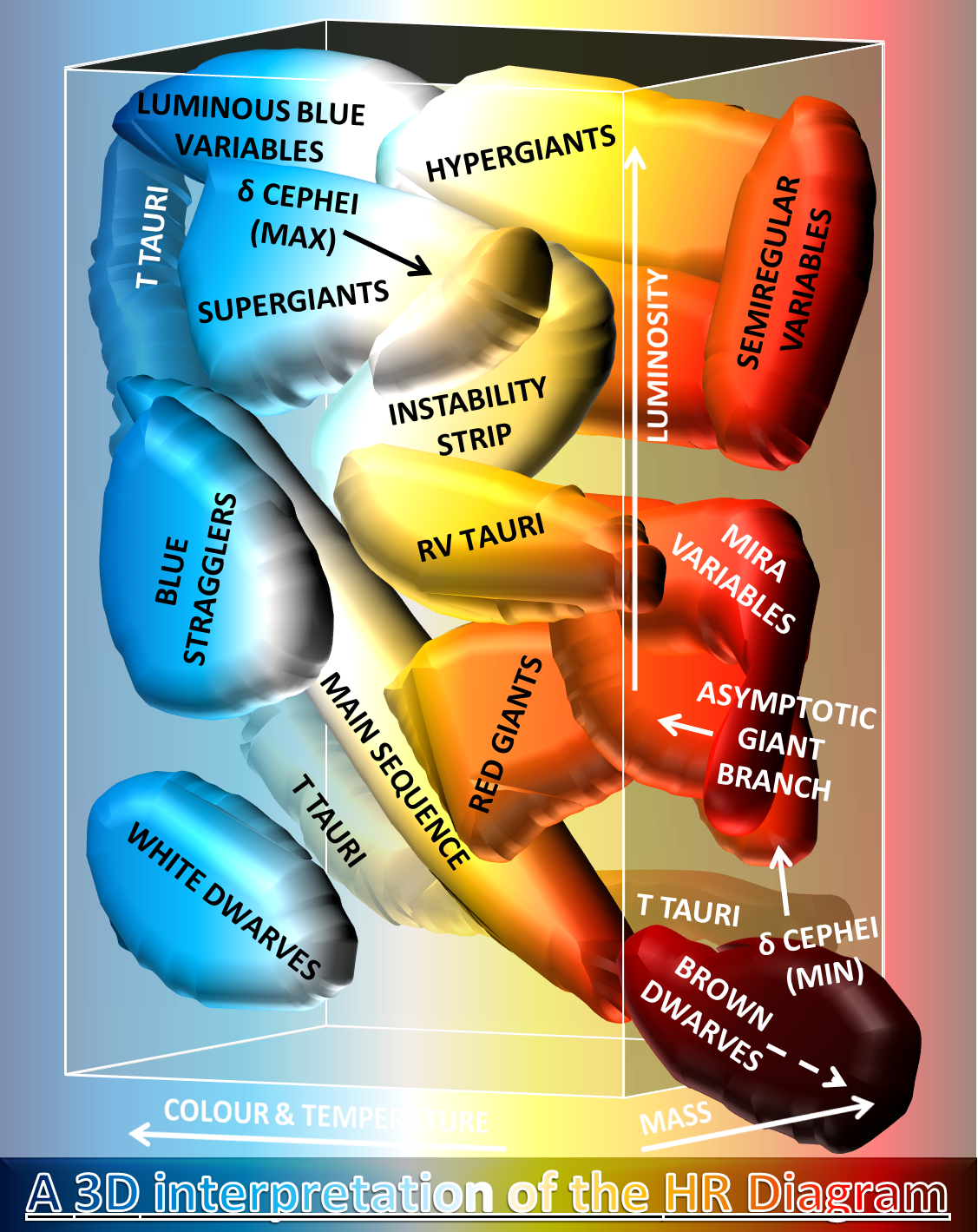 I did this in order to show that the HR diagram shows general trends of stars (not the evolutionary ones that scientists claim).

Was this a valid flaw with the HR diagram - and if so, is mass the best axis to add to it?

The HR diagram is not flawed, I respect that. I also know that there will always be outliers. But the extra correlation of mass seems to be too flawed for that (as detailed above). My new question: is the attribution of these extra correlations wrong?

Yours is a very, very interesting work. If you publish it it may happen that 3D diagrams will be used in the future. Please publish it.

But this does not mean that there is a flaw in the H-R diagram. It is correct as it is: it displays Luminosity Vs. Color and is perfect at that. And then it happens that some extra relations appear: stars are not randomly scattered on the HR diagram, but they group in branches, and these branches are related to stages of their life. The position on each branch is related to each star's mass. This is not a general relation holding for all the diagram. Almost the same happens with size, but this is more tightly related to Luminosity, per definition.

The Hertzsprung-Russell diagram is an observational tool. The axes are things that can be observed, or at least estimated reasonably well, for most stars (well, those with known distance anyway). We cannot in general measure the masses of stars - only those in some binary systems.

The schematic that you show, with an arrow indicating that mass increases with increasing luminosity and temperature is valid for stars on the main sequence. It is not generally true. Whereas the arrow showing increasing size to the top right is always correct, since it merely depends on the other two axes as $L \propto R^2 T^4$.

If one were to add a third axis to the HR diagram - and this is not a bad idea at all - then the possible axes I would choose are:

(i) Something representing photospheric chemical composition, probably overall metallicity [M/H]. This has the advantage of being measurable for large numbers of stars, and increasingly so given the very large spectroscopic surveys now taking place on many telescope (SDSS, Gaia-ESO, RAVE, LAMOST etc.) On the other hand, stars with similar masses but different compositions already separate in the luminosity-temperature plane reasonably well, so another possibility might be:

(ii) Surface gravity. You are correct that stars of different mass but similar radius can end up appearing in more or less the same place in the HR diagram. However, they have different surface gravities. This can be measured from detailed analysis of spectra and would provide an interesting third axis.

I am not from astro background. but from what I understood about the diagram, why not try the third axis to be time?. hope u he some data for the time-age for stars in the main sequences and the age for few stars in the giants /WD region. try plotting the available star-age as third axes and try to see what data u get for the other star. I think u will get something like a tilted plane with a wavy pattern near the unstable region.

0
Putting mass-luminosity relation and Hertzsprung-Russel diagrams together leads us to a mass-age relation; so how do stars lose their mass over time?
4
Estimating a star's radius, temperature, and luminosity based on its mass
4
Lifespan of B-type subdwarfs
16
Are there neutron stars whose magnetic axis and rotating axis are the same, and if so what will happen?
1
what would the mass and density of Sirius A be if the mass of Sirius B is roughly the same as the Earth?
0
How do we estimate the dimensions and mass distribution of a galaxy's dark matter halo, beyond the effective limits of its visible matter?