I'm conducting research on solar system dynamics, and found a list of asteroids in retrograde orbits, but none about the ones orbiting perpendicular to the ecliptic plane. Are there any detailed lists about such bodies, and where can I find them?

To have an orbit perpendicular to the ecliptic plane, it would need to have an inclination of exactly 90 degrees. Orbits with inclination less than 90 degrees are prograde, and with greater are retrograde. 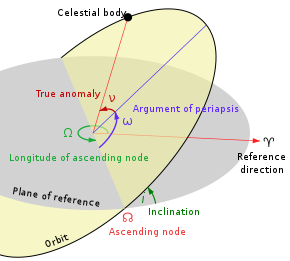 Asteroids with inclinations even close to perpendicular to the ecliptic are rare since:

If you wanted to find some asteroids with nearly perpendicular orbits, you could set up a query here: https://ssd.jpl.nasa.gov/tools/sbdb_query.html. I set up a query with "Custom Object/Orbit Constraints" under "Orbit and Model Parameter Fields" with "i deg" greater than 85 and less than 95. It returned 144 known objects. These queries are a bit tricky, so I took a screen shot: 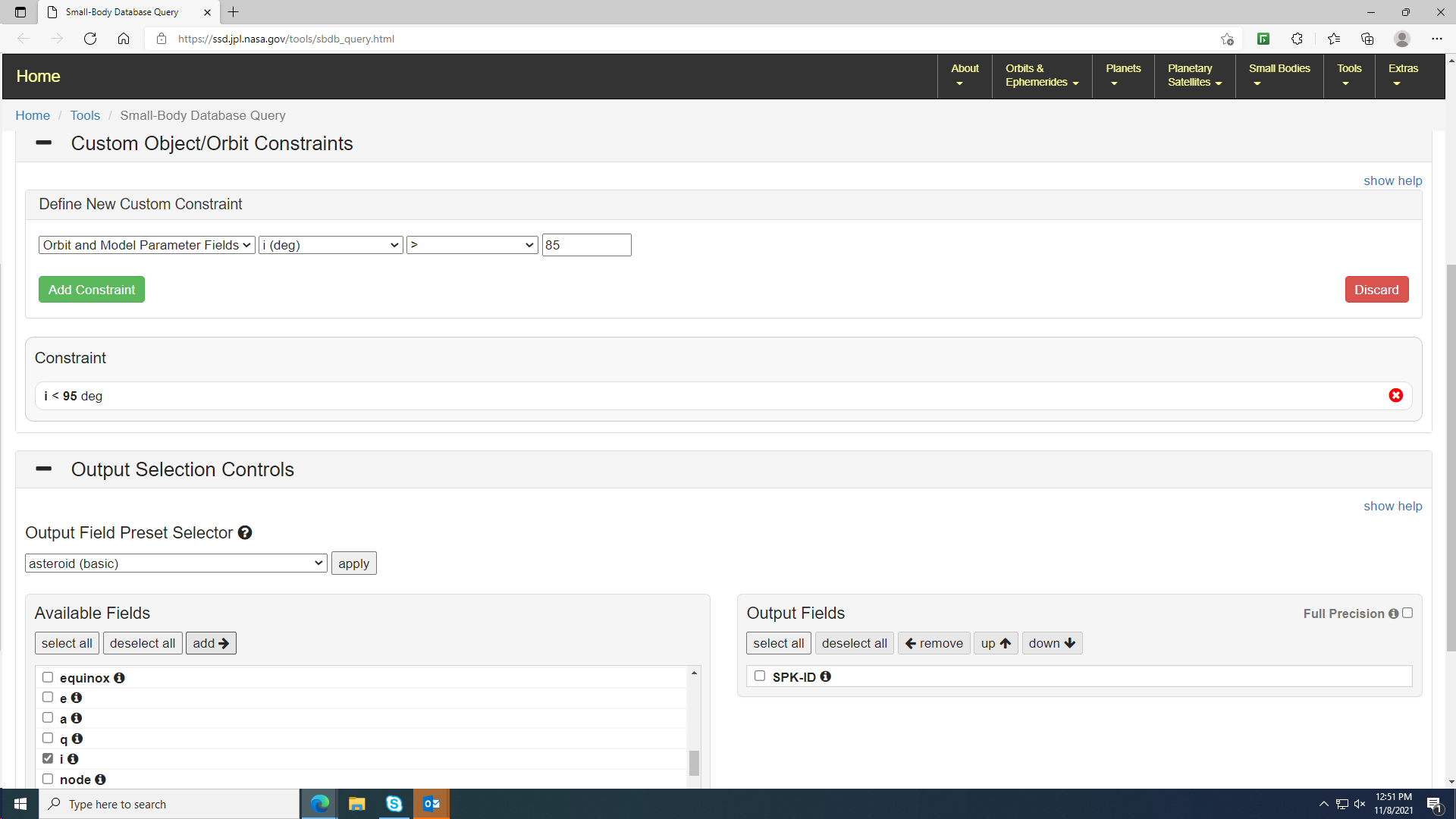 Not the answer you're looking for? Browse other questions tagged orbit asteroids .

4
Advancement of perihelion, data
6
Is there a web service providing orbital data of solar bodies (planets, comets, asteroids, dwarf planets)?
4
How big can a crater get?
7
Is the Sun prograde or retrograde with respect to the rotation of the Milky Way?
1
Transform asteroid rotation to heliocentric ecliptic coordinates
0
If a solar system were surrounded by a cloud of debris, is it possible for a planet's orbit to intersect it?
5
Where have all the Vulcanoids gone?
1
Half life of retrograde asteroids?
1
How many asteroids were discovered via GAIA? Is there a list?