What is the mass of hotspots in the Cosmic Microwave Background radiation?

A lot of pop science articles (for example, this Space.com article) discuss the cold spots on the WMAP data of Cosmic Microwave Background (CMB) radiation, but have any studies been done on the large mass of hot spots on the right of the image below? 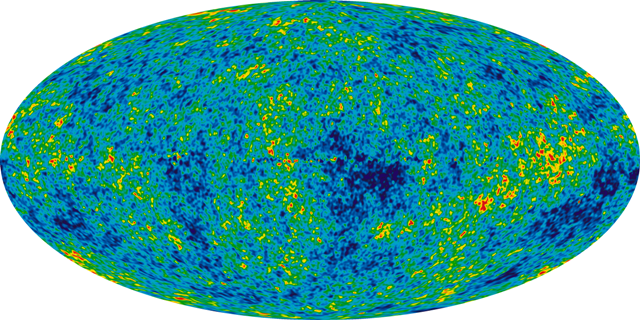 I don't remember reading any paper title specifically about the hot spots you refer to, so I guess that they are not as "strange" as the cold spot.

Assuming that the temperature fluctuations are well described by a Gaussian distribution with mean 2.72548 and variance 0.00057 source, the probability of having the cold spot of the observed size and temperature is very low. According to a recent Planck paper this probability is of order of 1% or smaller. The probability of the hot spots is larger (1.5 to 5%), making them more "normal".

This probably explains while the cold spot got more attention that the hot ones.

This is tricky. A few scenarios:

3
Studies of isotropy from different ends of the visible universe?