Can you see the shadow of a spaceship on the Moon while looking towards the Earth?

It's a classic movie cliche. We see the surface of the Moon with the Earth in the distance and a dark shadow of an invading alien spaceship slowly covering the landscape.

We see this in the opening sequence of the 1996 movie Independence Day, and I can think of a few other movies which have done this effect.

What's really important is that the spaceship moves into visible frame as it passes overhead. So it's not a shadow from another orbital position, and so that also means the Sun would be directly overhead of the observer.

Is it possible for this to actually happen? If you were standing on the Moon, is there a time where the Earth is directly in front of you and the Sun is directly overhead. So that if something passed overtop of you the shadow would be directly on top of you?

The Moon is always almost exactly the same distance from the Sun as the Earth is (+/- 0.25%) so shadows on the Moon work the same way they work on Earth.

What scientists have learned watching cartoons

We know from cartoons that if a piano is dropped at noon, directly above us from a very high altitude, we have no indication of this (except for the faint, descending falling piano sound that the audience recognizes) until the piano gets to only perhaps a thousand feet above us. Then a small shadow appears on the ground around our feet, slowly increasing in size.

(It's amazing how long it takes to fall a few hundred feet at terminal velocity in cartoons!)

If we were to look up, we'd see the small black outline of the piano against the disk of the Sun, growing larger, and larger.

As the piano approaches, the shadow gets bigger and darker and more piano-shaped, until the final, gratifying appearance of the smashed piano on the ground, from which the coyote slowly emerges with a big bump on their head.

We also know from cartoons that an airplane flying even higher than the piano drop point doesn't make a shadow at all.

How this works in the real world.

The Sun is about 0.5 degrees wide. If you draw a triangle from the center to the edge of the Sun with us at the vertex, that angle is 0.25 degrees.

So an eight foot grand piano starts making a noticeable shadow at 8 x 200 = one thousand feet.

The central area of a jumbo jet where the widest part of the wings meet the body is a "blob" about 70 feet in diameter (the fuselage and wings alone are skinnier extensions from that blob) so we can expect it to start making a noticeable shadow at about 70 x 200 at 14,000 feet! Yes, if a jumbo jet flew directly between you and the Sun at this altitude you'd see a fuzzy black shadow fly right over you at about 150 meters per second; it would be about 1/5 of a second blink.

Okay, and on the Moon?

Is it possible for this to actually happen? If you were standing on the Moon, is there a time when the Earth is directly in front of you and the Sun is directly overhead? So that if something passed overtop of you the shadow would be directly on top of you?

With no air nor coyotes to fall into their own falling piano traps, we'll have to assume it's a space ship passing over you on the Moon.

Below is a typical space ship we might see in space. The diameter of the saucer section is 127 meters. Using our same triangle we can then calculate that if it passes between us and the Sun closer to us than about 25 kilometers, we'll notice a substantial shadow pass over us. 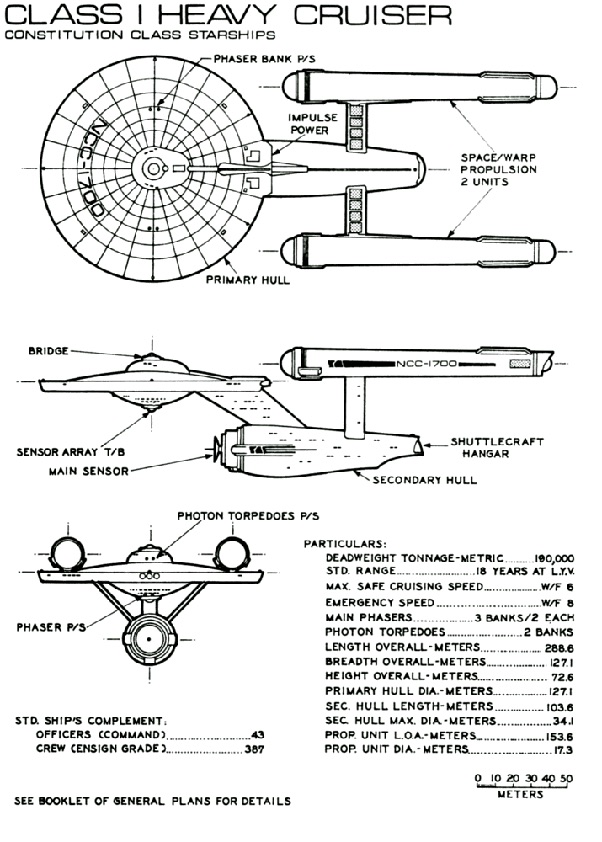 Just for fun (no piano)

If the moon was at half-moon (as seen from Earth) and you were standing near the equator at 90 degrees W (ironically this puts you close to Mare Orientale) The the sun would be overhead, and Earth would be on the horizon.

This gives you the configuration you need.

However it would very hard for observers on Earth to see the shadow. If the Earth is on the horizon, then you must be on the edge of near and far sides of the moon, and the perspective would make it hard to see anything as small as a spacecraft or its shadow..

I think, your interpretation of the scene parameters is a bit too strict. The sun need not be exactly in zenith above your head to allow for such a shadow situation. But more on that later.

Sun in zenith with visible Earth

First, along your interpretation: It's possible, to the same amount that it is on Earth (but the screenshot doesn't match such a situation).

On Earth, to have the sun directly above you, you need to be close to the equator, and it has to be around noon. That means you have to be located close to the place on the globe pointing towards the sun. To be able to see the Moon around noon, the moon phase has to be between new moon and half moon, otherwise it would be below the horizon at noon.

The same is possible on the Moon, just exchange "Earth" and "Moon". You have to be standing close to the moon's equator, closest to the sun, earth phase must be between new earth and half earth (which implies with the moon phase being between full moon and half moon, as they complement one another).

So, the Earth could be visible, but only as a rather shallow crescent.

The screenshot shows an inconsistent lighting. The hills seem to be lit from the right-hand side, not too high above the horizon.

Earth is shown in nearly full phase, implying that the light source was located mostly behind the camera, slightly to the right (maybe at a 5 o'clock position), also not too high above the horizon.

As an Earth phase consistent with the hills lighting, I'd expect a half earth, with the day/night delimiter slightly tilted to the left.

And no matter which of the two inconsistent lightings we assume to be "correct", we'd end up with the spaceships's shadow being displaced to the left of its path.

Not the answer you're looking for? Browse other questions tagged the-sun the-moon earth .

7
How far apart can two people watch the moon simultaneously?
8
Can Earth host another natural satellite than the Moon?
12
How does the Moon look like from different latitudes of the Earth?
5
"Lunar tropics"
14
Is it possible that the shadow of The Moon is a single dot during solar eclipse?
3
How did DSCOVR capture the Moon's shadow on Earth during the August 21 2017 solar eclipse without the Moon itself also being visible?
2
What would happen if the Sun, Moon and Earth were isolated?
20
Where in space would the Earth and Moon appear to be the same size?
5
When does DSCOVR see the Moon transit Earth?