Betelgeuse appears in a rainbow of colors through a Newtonian telescope

My husband and I are complete amateurs. Tonight was only our second night using our new Orion XT6 Dobsonian telescope. Betelgeuse looked very clear, bright red. However, when we pointed the telescope at it, it appeared in a pulsing bright rainbow of colors.

What did we see? Our telescope is a reflecting telescope, so we didn't expect chromatic abberation. Did we manage to see the rainbow nebula around Betelgeuse? Or, did this have something to do with light pollution, which was pretty bad in that part of the sky? 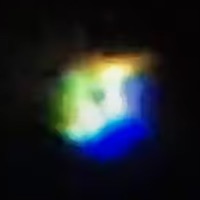 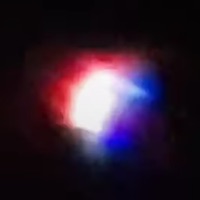 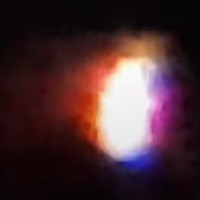 Sounds like very bad astronomical seeing effects. Even a steady atmosphere acts like a weak prism and in fact all dielectrics tend to bend blue light more than red.

Astronomical seeing is basically disordered refraction due to turbulence and it has a chromatic component as well. A bright point-like object seen through thick turbulent air will definitely appear to "twinkle" not only in intensity but in color, since the intensity noise will be different for blue than green or red.

Your Dobsonian has quite a large light collection area so even a random star, not otherwise considered bright, will become extremely bright when viewed through it.

So there's probably nothing amiss with your telescope based on this observation. If you'd like to see the effect reduced, you can move to extended objects (as opposed to unresolved, point-like stars) such as planets and nebulae and even the disk of the moon at very high magnification when it won't be so overwhelmingly bright. Try the terminator; the line between the bright and dark areas of the moon where shadows are long and the 3D nature of the surface is more dramatic.

You can also try: 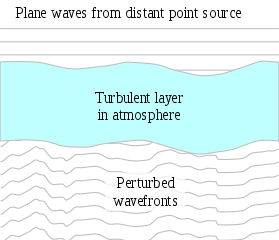 cued at 12:23 watch for about 30 seconds to see the color scintillations.

Not the answer you're looking for? Browse other questions tagged amateur-observing newtonian-telescope betelgeuse or ask your own question.