In the book "A Really Short History Of Nearly Everything", I read that the larger the star is, the faster it burns itself. Whys that? Wouldn't there be more energy to burn if it's larger, and just be brighter? Our sun can burn for billions of years, but a planet bigger than our sun will only burn for millions of years. Why is that?

Nuclear fusion rates in the core of a star have very non-linear and strong dependences on temperature, pressure and density (for temperature it's like T^40 for some processes - http://www.astro.soton.ac.uk/~pac/PH112/notes/notes/node117.html). So, as the star gets bigger, denser and hotter at the centre, the rates of fusion rise much faster and the star loses energy quicker, hence living a shorter life.

The mass luminosity relation is non-linear (L = M^3.5 for the main sequence) so more massive stars burn at a much faster rate. This is a non-linear relationship because the fusion is caused by pressure in the core from the star trying to gravitationally collapse on itself.

It's easy: the biggest the star is the more matter it has to burn but also: 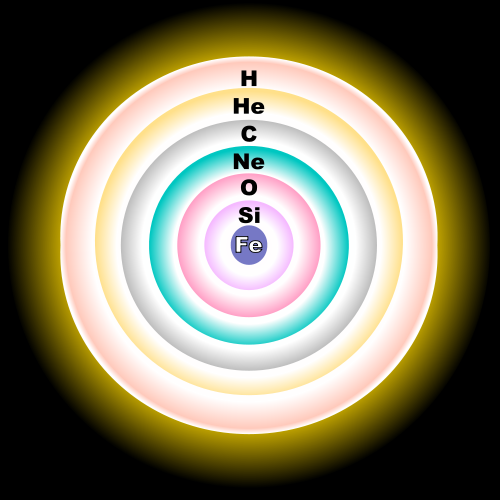 We could compare a big star to a small one like a Formula 1 car to a simple car: the F1 is faster, but it runs out of fuel earlier.

The easiest way to think of it is terms of the cube square law coming into play.

Even if all other factors stayed the same, the star would grow hotter because it has less surface area to radiate from.

Since gravity is dependent on volume, the gravitational compression (simplistically) scales with the cube as well. So, a larger star compresses its interior more per unit of mass than does a smaller star.

As Joan.bdm pointed out, stars have an interior volume, the burning zone down towards the core in which the pressures are high enough for fusion to take place. Probably should call it the burning volume

The burning volume is the volume in which fusion can occur. Fusion occurs once a specific threshold of heat and pressure have been reached. Below that threshold, fuel consumption is zero.

It's like the bard said, "The candle that burns twice as bright, burns half as long."

2
Is it possible that we see our solar system as a star?
12
Do stars of a galaxy change their positions relatively to each other?
19
What would the effects be on Earth if Jupiter was turned into a star?
5
death of a red dwarf star / minimum mass needed for a white dwarf?
1
Is the sun too small to self-ignite?
8
How long does an over contact binary star system last?
6
How small a star can provide Sun-level illumination to its planets?
3
Why is it always planets orbiting stars?
13
Fate of Jupiter when our sun dies