Are there large underground caverns on Mars?

Scientists talk about the possibility of life underground on Mars, and I assume they are talking about microscopic life that can live in small gaps in the soil or rock. But is there any evidence that there might be large caverns under the surface of Mars relative to the human scale or even larger?

Then I wonder how could we even detect or map such subsurface features on Mars or other rocky bodies in the solar system such as Titan, Venus, or even the Moon. Could we use radar or maybe sonar for bodies with substantial atmospheres from an orbiting spacecraft? Are there other methods for detecting sub-surface cavities?

As evidence of caverns detected on Mars, consider the following recent image taken from HiRISE instrument on the Martian Reconnaissance Orbiter : 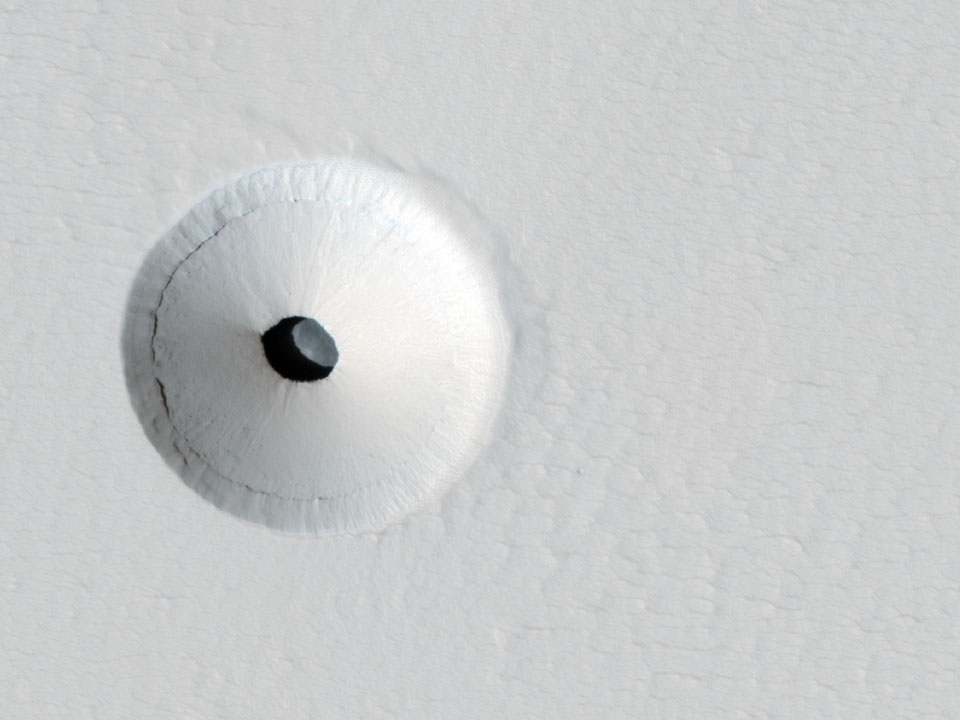 The hole appears to be an opening to an underground cavern, partly illuminated on the image right. Analysis of this and follow-up images revealed the opening to be about 35 meters across, while the interior shadow angle indicates that the underlying cavern is roughly 20 meters deep.

The surface of Mars is strewn with craters from meteor impacts and depressions formed by the collapse of underground chambers formed by flowing lava, the experts said.

There are many examples of lave tubes (and indeed, in other places in the Solar System), caverns etc reported in the article Mars Cave-Exploration Mission Entices Scientists (Wall, 2012), who also state, in regards to detection and exploration of these caverns that robotic means are being explored.

However, according to this NASA article, a method to find and characterise caves on Mars (or indeed Titan, and maybe other places, including the Moon) is to detect them via thermal differences caves cause in comparison to the surrounding surface. This method is used on Earth, and

Techniques developed through this research will ultimately be applied to locating subterranean cavities on the Martian surface. We anticipate one of the best techniques for systematically finding caves on Mars will be via remotely sensed thermal imagery.

Not the answer you're looking for? Browse other questions tagged planet mars volcanism or ask your own question.

3
Why do we not send diggers to Mars if we think there's underground water?
5
Are there naturally radiation shielded areas on Mars? (shadowed by terrain formations)
6
What colours can rocky planets (or moons) have
3
How are mars years counted?
2
Why are cirrus clouds more common on Mars?
11
Are there Earth rocks on Mars?
11
When was the last volcanic eruption on Mars?
24
Are there lightning bolts on Mars?
10
Is there convection in Mars' mantle?