I wondered what rotational speed would Mercury need to have to achieve a temperature comfortable to humans, let's say 20 °C.

EDIT: My idea was that if Mercury is so cold on the night side and so hot in the daylight then if it rotates fast enough maybe it can reach normal temperatures. But now I understand why this cannot be possible.

There is no rotation speed which can achieve that - globally. For a local analysis see below. The global equilibrium surface temperature in the absent of any atmospheric greenhouse effect and with an albedo of 0 is around 450K, thus 180°C:

Now we can calculate the input power, assuming mercury absorbs with its area cross section:

The heat is re-radiated into space via the complete surface $A_{merc} = 4\pi r^2$. So we get the equilibrium equation

solving this for $T$ we get:

Solving for the distance at which a given temperature is fulfilled (again without any greenhouse effects):

In essence: earth is quite in a fortunate position, in a delicate equilibrium.

Now, if we are not interested in the planet as a whole, but want to ask the question "is there any zone or place on the planet where the average temperature is 20°C?" we have to look at the lattituda variation. We know that from Earth: The sun is much higher in the sky in the tropics and only shallowly over the horizon polewards of the polar circles. 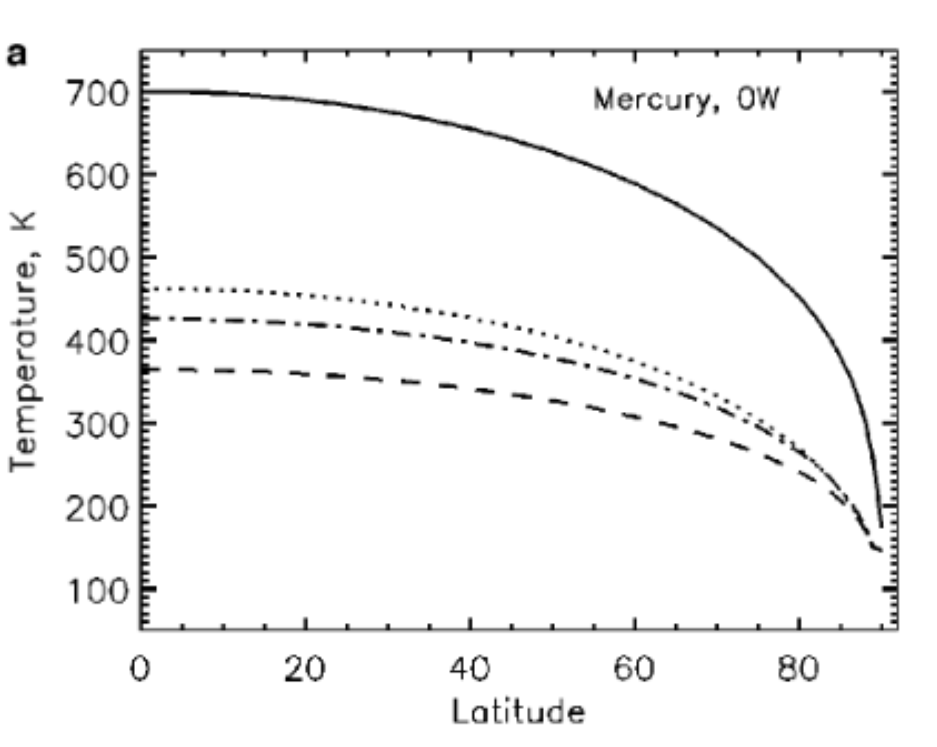 The variation is given in the same paper in figure 3 for the equator (left) and 85°N (right). From the graph one sees that the night time temperature is the same, but the maximum quite different with 700K and ~380K respectively. The central line in each plot gives the mean temperature (note that at 85°N it is at ~220K, thus -50°C): 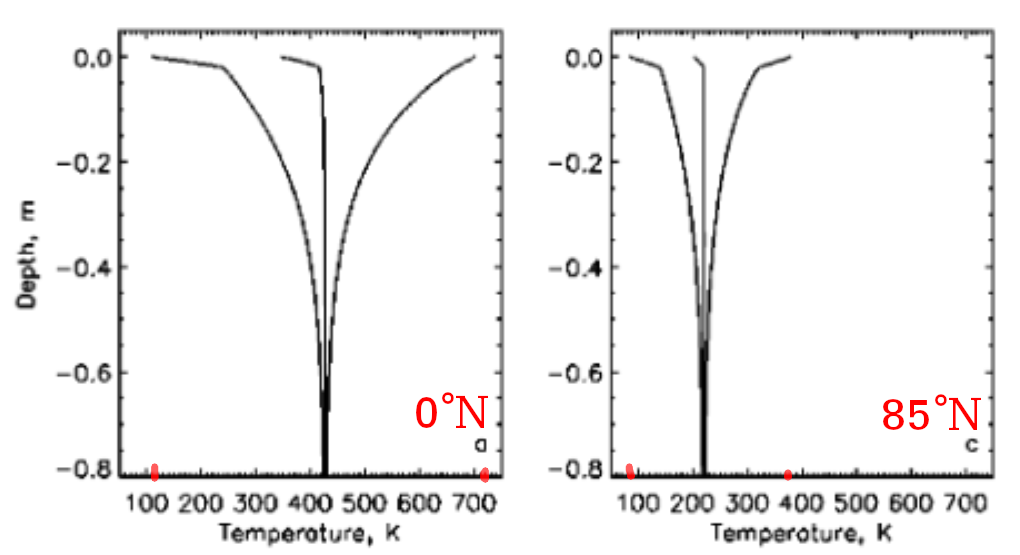 Now, how exactly is the diurnal temperature variation? That is also given, in figure 2 for 90°W longitude. (The small wiggles are the secondary sun rise and set respectively occuring there): 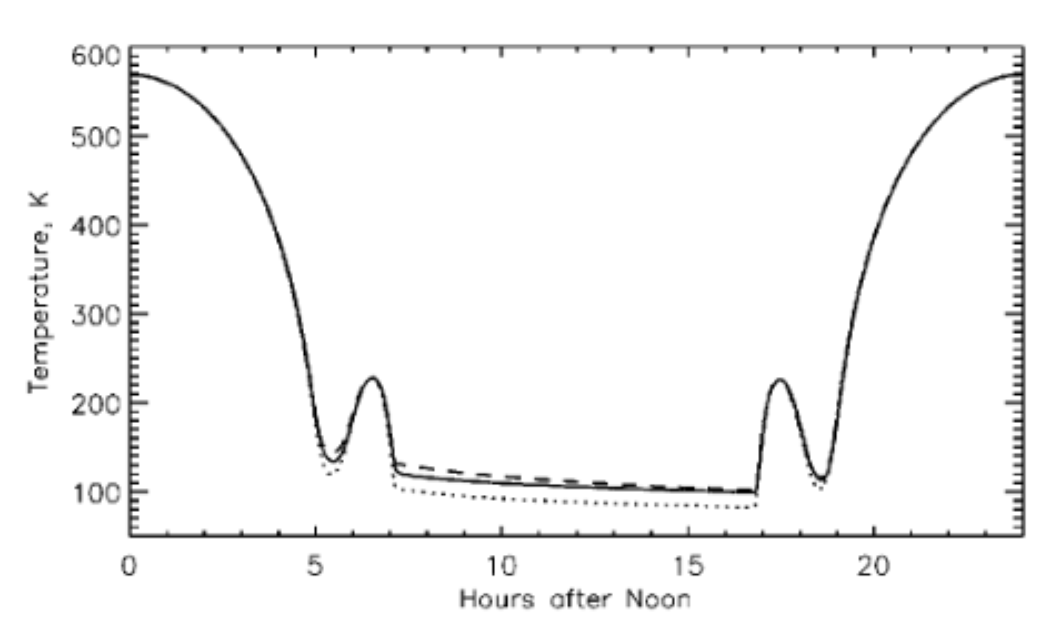 But lets use this model to estimate a time constant for cooling or heating. We see, especially on these wiggles, that the temperature rise and drops are very quickly (due to the absence of the atmosphere). So to smooth that out, you would need a day-night cycle which is considerably shorter than one hour. Adding an atmosphere and especially water (be that liquid or as vapor) as heat buffer would allow that to become longer.

There is one point which could spoil this: the seasons. However Mercury's rotation axis is very well aligned with its orbital rotation axis (about 2° - compare with Earth's 23°) so that the influence of the obliquity of the ecliptic on Mercury is very low - hower that will still add some minimum to the temperature variation - irrespective how fast you choose Mercury to rotate to even out the daily temperature variation.

In summary: there are two lattitudes (one Northern, one Southern) where the average is temperature is 20°C: The polar mean temperature is below 20°C, the equatorial one is WAY above 20°C, so there must be a (small) region in lattitude with a 20°C avarage. Thus with some inevitable daily variation an average of 20°C can be achieved for a certain lattitude. If you want the variation to be such that each temperature is bearable, then the day-night cycle would have to last quite a lot less than an hour.

Not the answer you're looking for? Browse other questions tagged rotation mercury .

4
What would change if Venus rotated at a speed and direction similar to Earth?
2
What effects does the motion of the Sun have on the perihelion precession of Mercury?
6
What effects do CMEs have on planets like Mercury?
3
What would the Earth's peri- and aphelion have to be in order to have the same seasons due to its orbit?
0
What is the naming convention for craters on Mercury?