The Sun's Alfvén critical surface; what was known about its existence and location before Parker Solar Probe "touched the Sun"?

The new NASA Goddard video NASA's Parker Solar Probe Touches The Sun For The First Time seems to suggest that the existence of the Sun's Alfvén critical surface was a given, but the location and properties (e.g. smooth vs. "wrinkly") was not known.

Question: What was known about the existence and location of the Sun's Alfvén critical surface before Parker Solar Probe's trajectory started passing through it?

Was it strictly a predicted boundary based on models and basic understanding of plasma physics, or were there some actual observations of some kind that at least indirectly pointed to its existence and distance from the Sun? 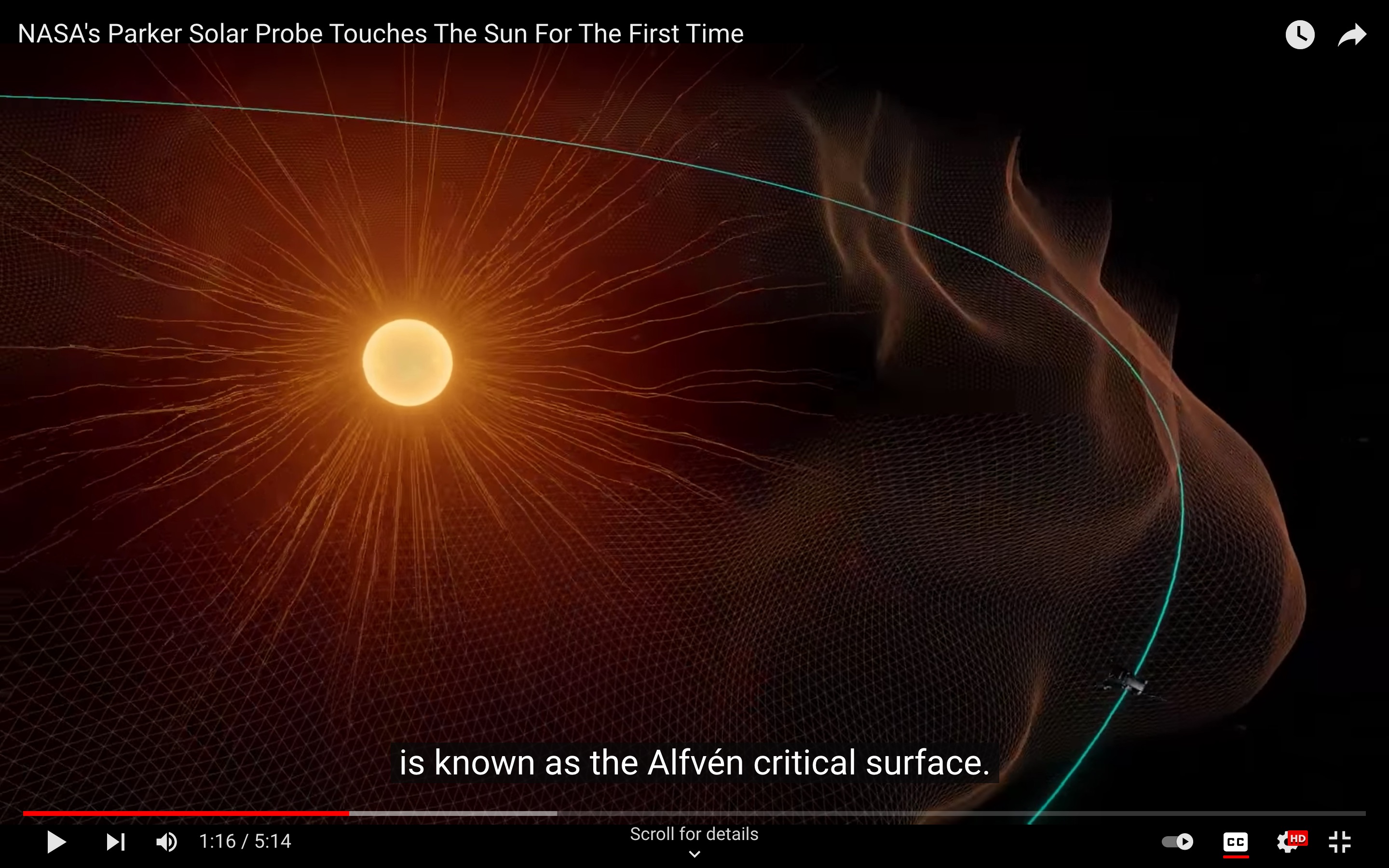 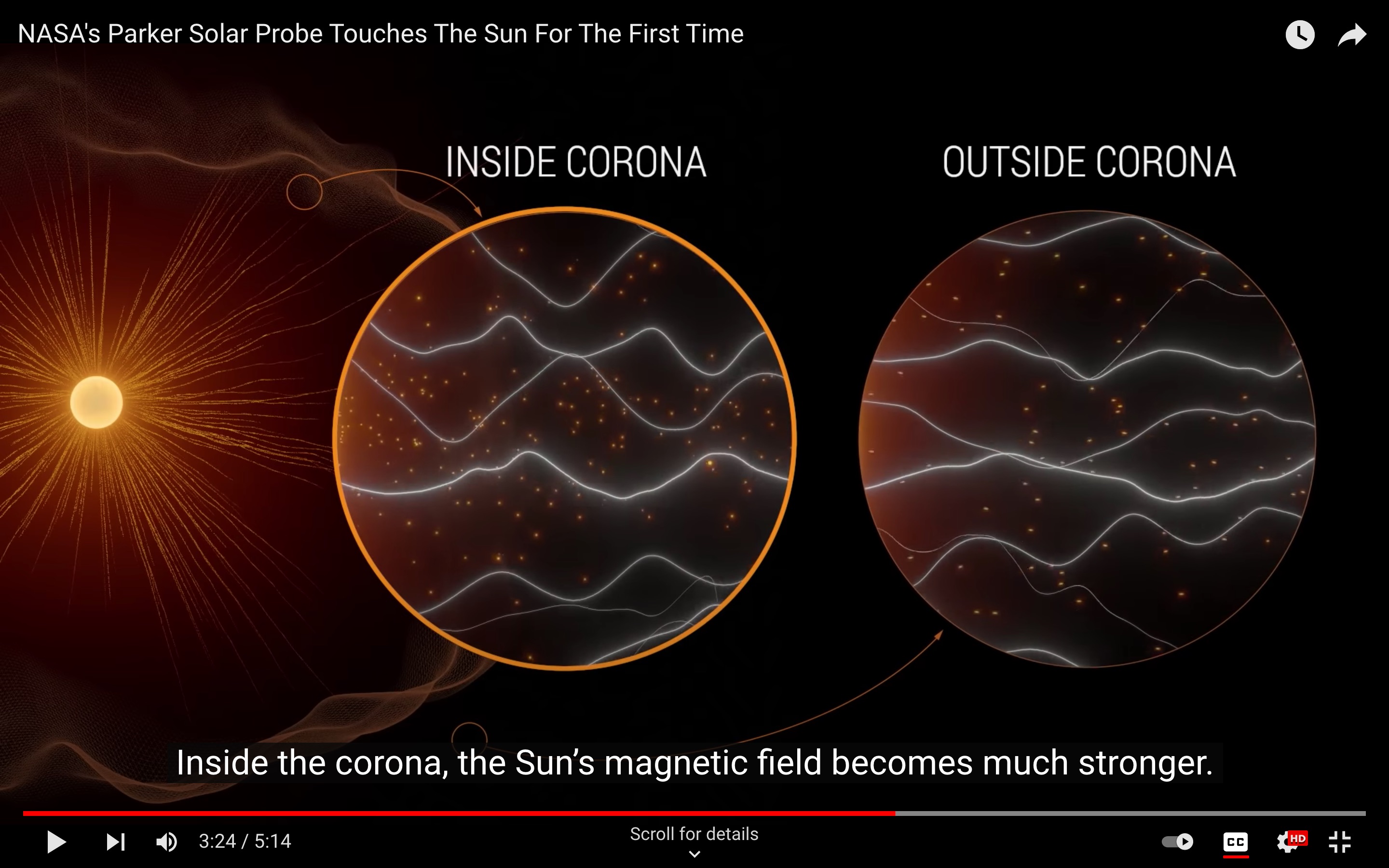 The Alfvén surface is the location at which the large-scale bulk solar wind speed $U$ and the Alfvén speed $V_A$ are equal, and thus it separates sub-Aflvénic coronal flow $|U|\ll|V_A|$ from super-Alfvénic solar wind flow $|U|\gg|V_A|$.

This is effectively just a shock since the Alfvén speed is the "speed of sound" for the solar wind and this is the boundary when the solar wind becomes "supersonic". Of course the terms speed of sound and supersonic may seem out of place in an environment without air or sound, but scientists have simply borrowed these terms from the nearly identical physics of Earth-based shocks (barring some additional work to add in E&M).

So all that is to say that this concept is a well established in a theoretical capacity. People have spent a lot of time adding nuances to solar models and such, but the existence of an Alfvén surface falls naturally out of the math and isn't really something to be discovered (so long as you know Alfvén waves exist).

As far as the question about location, that's like asking where the heliopause, the boundary of the solar wind, is located. The Alfvén surface fluctuates based on time and location just as much as the heliopause does.

Where the questions really come into play is with the nitty gritty details of how exactly things work for our Sun. For example, Adhikari, Zank, & Zhao (2019) attempt to address the question of how turbulence plays a role at the Alfvén surface and they reference other papers and models that discuss how Ion Cyclotron Heating may play a role at this point as well. Both turbulence and Ion Cyclotron Heating are models for how the corona may be heated and it is an open question as to which is correct (or both?) and how these two mechanisms propagate once they've hit the shock at the Alfven surface. It is expected that the Parker Solar Probe, by providing in situ measurements, can help answer some of these specific questions.

Not the answer you're looking for? Browse other questions tagged the-sun stellar-astrophysics solar-wind corona parker-solar-probe .

4
Did astronomers "track back" solar wind switchbacks to the surface of the Sun to individual convection cells?

8
What is the origin of the dust near the sun?
2
If Mars were tidally locked to the Sun, what would the temperatures on its surface be like?
6
How far can you see in solar plasma at just under 1 solar radius?
5
Why does the solar wind switch to flowing straight by the time it reaches Earth?
8
Why does the Parker Solar Probe slow down as the distance from the Sun increases?
1
Before the 1761 transit, what was our best estimate of the distance to the Sun?
7
Has Hubble photographed Venus in near IR? If so how does it compare to the new and exciting Parker Solar Probe image?
1
If a 1x1x1 Cube from the Sun's surface were scooped , and taken to a sufficiently cold point, say near Jupiter, what would happen to the cube?
6
How did Parker Solar Probe take what looks like 2D cross-sections of the solar wind in photographs; high contrast streaks in focus from volume effect?