Does a star shaped mirror present problems either optically, or in signal processing over a more nearly circular mirror?

Pure speculation about a future replacement for the JWST that I almost certainly won't live to see.

The JWST's mirror (and then some) would fit unfolded and flat into the Starship's 8m diameter payload volume. In the following image that is shown by the 18 grey 1.5m AF hexagons, giving a 7.5mØ and a light gathering area (LGA) of 35m². (A useful 40% increase over the JWST and no moving parts. (So far!)) 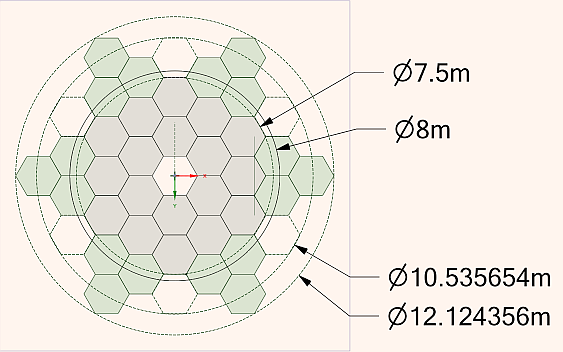 Now it is easy to see that adding 6, 3-hexagon wings (ala JWST) to each of the sides, folded back for launch, would increase the mirror to 10.5mØ and double the effective LGA to 70m²; nearly 3 times that of the JWST.

But there is a problem, in that without using a second fold per wing, one of the hexagons on each wing would protrude beyond the 8m circle. (Attempting to fold the wings more that 90° causes collisions.)

SO, why not move that mirror out between the other two on that wings as show by the light green hexagons above. Same LGA, mass etc. and if anything slightly easier mechanically; as it provides space within the 8m diameter in which to put attachment points for the secondary mirror supports.

Now to my basic question. Optically, are there any insurmountable caveats of using a star shaped mirror?

Casting around for an answer I read that the increase in diameter (with no increase in LGA) can enhance the spatial resolution of instrument. Hence why radio telescope arrays using interferometry always place a few dishes (sometimes just one) far outside the diameter of the main signal gathering radius: 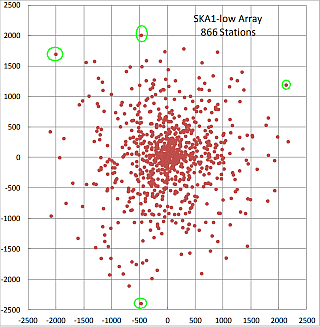 Although they do not contribute much to the S/N ratio, if individual points from their weak signal are correlated with the same point in the strong signal from the main array, it greatly increases the accuracy of the location of that point.

Whether the modest increase in here is valuable I do not know?

To reiterate my main question: Does a star shaped mirror present problems either optically, or in signal processing over a more nearly circular mirror?

As @uhoh pointed out, when you change the shape of a mirror from something other than a circular disc, "things" can happen to the PSF (point spread function) which may lead to reduced quality of particular spatial frequencies.

The simplest example is a primary with a circular hole in the center, a common design for reflecting telescopes where the secondary blocks the center of the input aperture. The lower spatial frequencies will be reduced or lost in this case.

Aside from optical performance, there remains the headache of physically folding the outer segments and their supporting sensors, mechanics, etc. I would prefer (so to speak) to simplify the packing pattern and use Starship to launch a package of greater dimension.

I suspect that your "star-shaped" concept will lead to loss of higher spatial frequencies but in some sort of coma-like pattern (similar, sort of, to astigmatism in eyeglasses).

My (current) answer is that this question remains unanswered!

Whilst it is clear that segmented mirrors (of any shape) create problems with the "point spread function"; it is also clear that -- at least in the case of symmetrically arranged, circular approximation using hexagonal elements -- this is a 'solved problem' to some greater or lesser degree, as evidenced by this graphic showing the construction and timeline of large telescopes around the world: 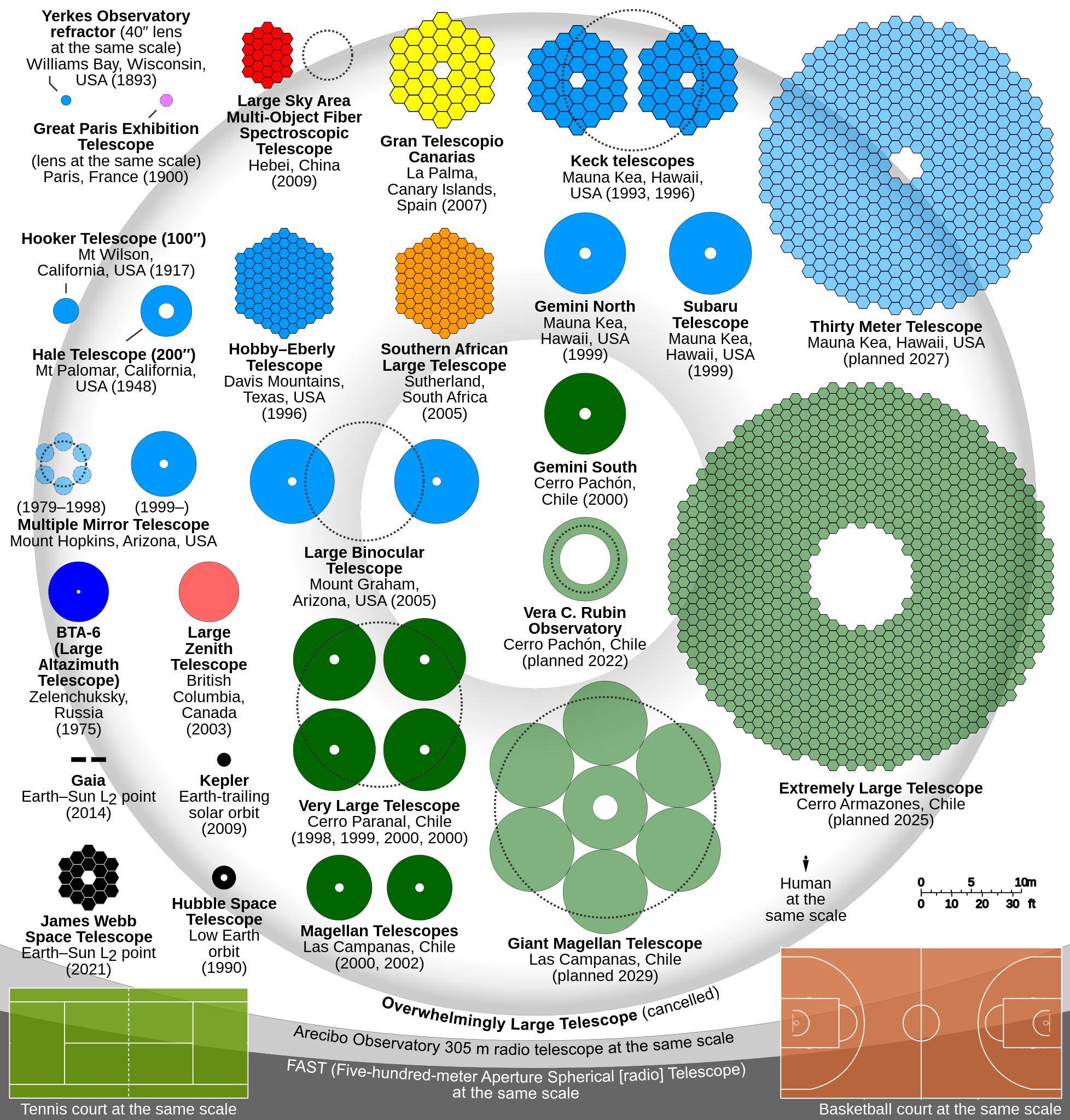 So my question of whether a star shaped arrangement of hexagonal mirrors presented additional "insurmountable" problems remains an open question.

Whilst the links to further reading on the calculation of 'point spread function' are much appreciated; even if I wrapped my old and somewhat rusty brain around the programming of the math, I fear it would require knowledge beyond my abilities (or interest) to be able to validate the code I wrote, let alone interpret the results.

As a retired engineer who enjoys exploring future possibilities from a mechanical feasibility/possibility point of view, I was really hoping for an informed, 'Yes, we could work with that.' or 'No, that's never going to fly' answer.

I realise now -- after much further reading -- that such an answer may simply not be a part of the literature; and what information I can find regarding the diffraction effects of a non-continuous mirror surface (intersegment gaps), non circular boundaries and obscuring structural elements is well above my pay grade both in terms of the math and the interpretation of the results.

So, maybe my 'simple' question cannot be answered unless someone has specific knowledge of the problem, or has the skills and incentive to do the research.

Not the answer you're looking for? Browse other questions tagged telescope mathematics optics space-telescope .