Why is it called "The LOFAR 'superterp'"? What is a terp, and what's so super about this one?

Wikipedia's Low-Frequency Array (LOFAR) includes the image below with the caption:

The LOFAR core ("superterp") near Exloo, Netherlands. The bridges give an idea of the scale.

Question: Why is it called "The LOFAR 'superterp'"? What is a terp, and what's so super about this one?

A schematic diagram of some of the LOFAR stations in the inner core of LOFAR − the “Superterp” as it is known − is shown in Figure 1.

Fig. 1. Three successive zoom-outs showing the stations in the LOFAR core. The different scales of the hierarchically organised HBA elements are highlighted and their respective beam sizes are shown. The large circular area marks the edge of the Superterp, which contains the inner-most 6 stations (i.e. 12 HBA sub-stations: where there are 2 sub-stations, each of 24 tiles, in each HBA core station); other core stations can be seen highlighted beyond the Superterp in the third panel. Left: a single HBA tile and associated beam. Middle: A single HBA sub-station with three simultaneous station beams. Right: The 6 stations of the Superterp plus 3 core stations in the background are highlighted. Four independent beams formed from the coherent combination of all 24 core HBA stations, most of which are outside this photo, are shown. For the LBA stations, a similar scheme applies except that each LBA dipole can effectively see the whole sky. Fields of the relatively sparsely distributed LBA antennas are visible in between the highlighted HBA stations in all three panels. 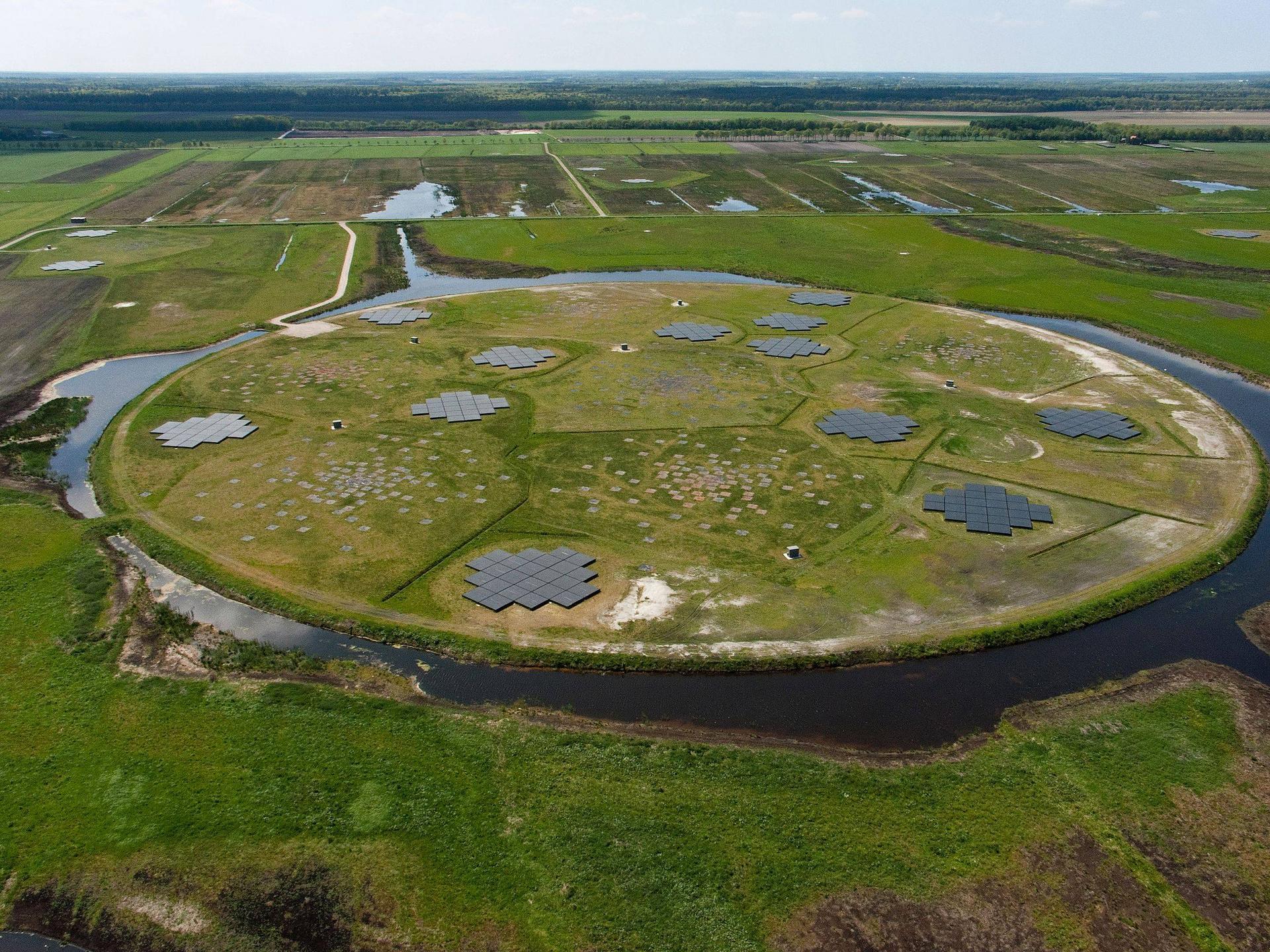 Terp is a Frisan and Dutch word meaning a low artificial hill for shelter during a high tide. See Wikipedia. Before dykes were built, farmstead were built on terpen to protect them from the frequent floods.

This is super because it is so much bigger than the small terpen that Frisian farmers would make to be safe from floods.

Not the answer you're looking for? Browse other questions tagged observational-astronomy radio-astronomy terminology naming lofar .

5
What's the origin and culture of funny astronomical terminology?
2
What's the difference between grism and grating?
8
What is a radio "homology telescope" and is the 500m dish in China one?
2
What are the "lines" in a constellation or asterism called?
25
What (the heck) is a Super Worm Equinox Moon?
4
Why were two galaxies named "The Sagittarius Galaxy"? Is this common?
1
What exactly is a Hamiltonian telescope? Is this one?
1
What's known about Odd Radio Circle appearance? What would they look like if we could see them? Are they transparent/translucent in radio, or opaque?