Making an application to draw the night sky of other planets

I'm making an application for drawing a night sky of planets other than Earth. Ultimately my app may be used to draw a night skies of a hypothetical planets in other solar systems. I'm doing it because I found a lack of such software and also out of curiosity :).

The problem I stood upon is orientating the stars based on astronomical data user provides. I assumed all I need to properly orient them are below parameters:

I's specifically looking for a star positions data source that has got these properties:

Having all above my app does a series of rotations on the star data. The algorithm is:

I made some assumptions in the above algorithm:

My application works...in a way. Here is what I get when I put the Uranus' orbital parameters: 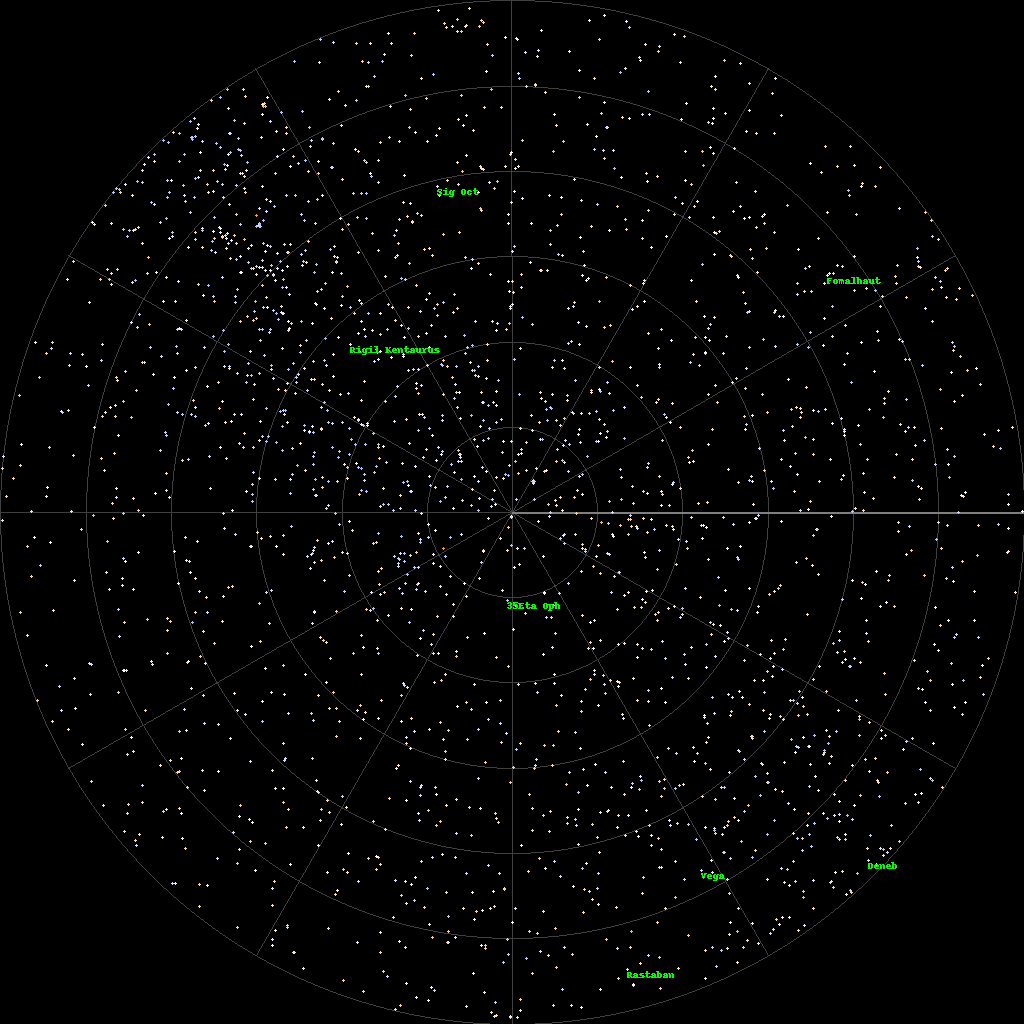 According to the Wikipedia Uranus' north star is 35Eta Oph which on my result is below the center.

One might say I got "close enough", but I'm not happy with the results. I believe I made some error either in my algorithm, or forgot some other important parameter. I know there are applications like Stellarium that one can set to show a night sky of other planets in the solar system, but my quick glide over Stellarium's source code tells me the app has got the locations of solar system's planets north pole hardcoded.

So, my question is: Is there any flaw in my algorithm or in my reasoning, that makes my program produce incorrect results?

PS:
If one is interested, there is my app: https://github.com/felix-leg/ExPlanetNightSkyGenerator

All right I found where lies the problem. I made a (very) silly mistake.

According to the Wikipedia Uranus' axial tilt is 97.77° and its north star is 35Eta Oph. However I've found a webpage which states the axial tilt of ~97° is outdated and should be equal to about 82°. No, the planet didn't suddenly "flipped over", it is the IAU's definition of the planet's north pole that has been changed.

In other words on Wikipedia (and some other encyclopedias too) half of data comes from before the IAU's redefinition and other half from after it.

With the new data my app produces this result: 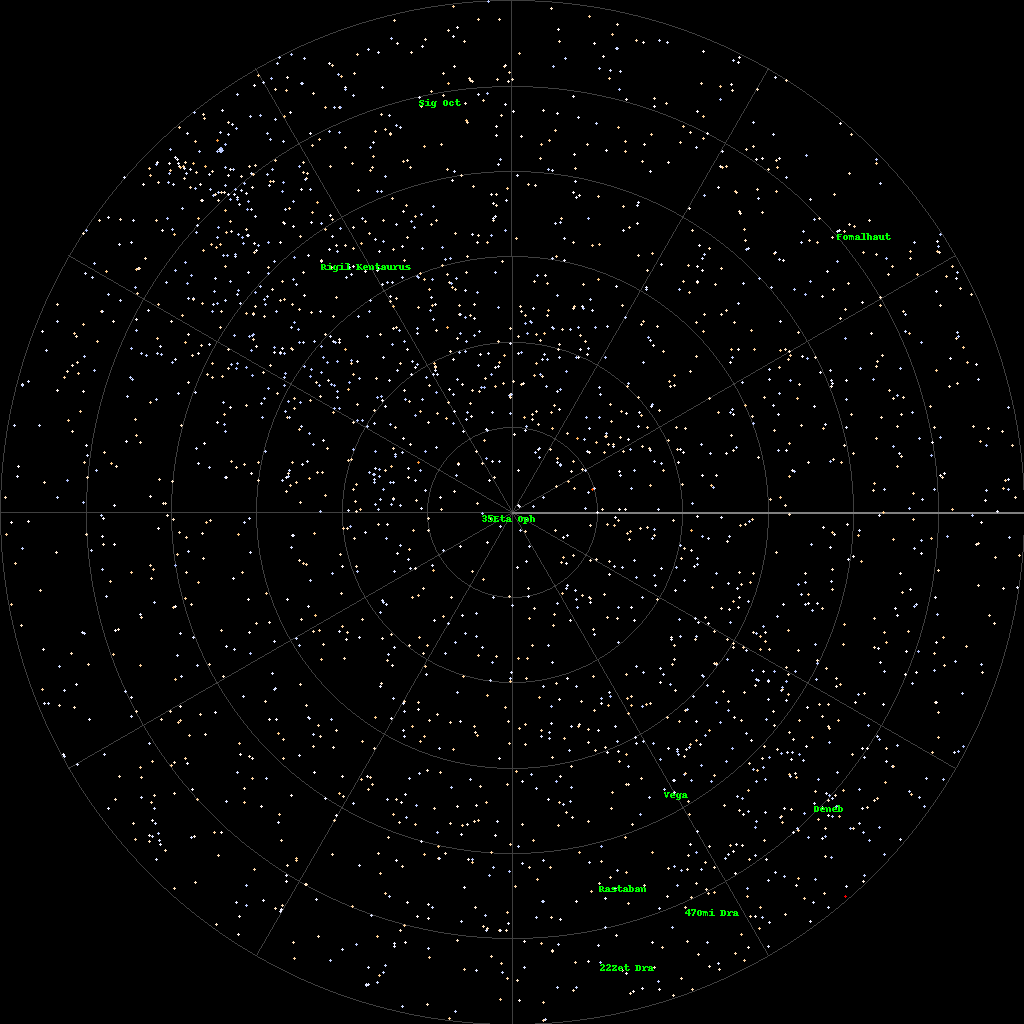 So, my app was working right all the time, it's the test data that's wrong.

I haven't wrote it in the original post, but I also tested my app with Mercury. The error was smaller, yet still significant as 47Omi Dra also didn't wanted to "jump in" the right coordinates. It was like that until...I added minus sign to the axial tilt value of 7.005°.

Dave Gremlin mentioned another app called Celestia. I'm familiar with this program so much, that I in fact got some of test data from Celestia's configuration files.

However I haven't spot one thing: for example the entry for Mercury is:

Long story short, in this configuration there are two sources of data that the Celestia uses. One of it, at the top, is what Celestia uses now: a hardcoded in the app vsop87-mercury. The other one is the commented out text block below. Probably during the developing of Celestia the app used at first that text block (then not in comments), but at some point in time the developers switched to the hardcoded one.

It didn't occurred to me that the block may contain very old data and was kept in the configuration file for a very long time. And thus, I shouldn't trust that data anymore.

Celestia has been for a very long time and has got a long road of developing behind it. Unfortunately lately there is not much going on with this app, which means updates for it may be sparse.

I should make the test data based on what IAU uses for calculating the north poles of the solar system's planet. In my defense I can say that it is very hard to find it, as as soon I put "IAU" in the search bar, Google starts to think I'm looking for Pluto only :(