How are the aberrations seen in early JWST images corrected?

I found this image on space.com and it can also be found in NASA's JWST blog. This is one step in the process of aligning the 18 mirrors on JWST. A single relatively-isolated star has been selected. At this point, the orientation of each mirror has been adjusted so that the image it forms falls at a position on the Near Infrared Camera (NIRCam) sensor that corresponds directly to the position of the mirror in the array. 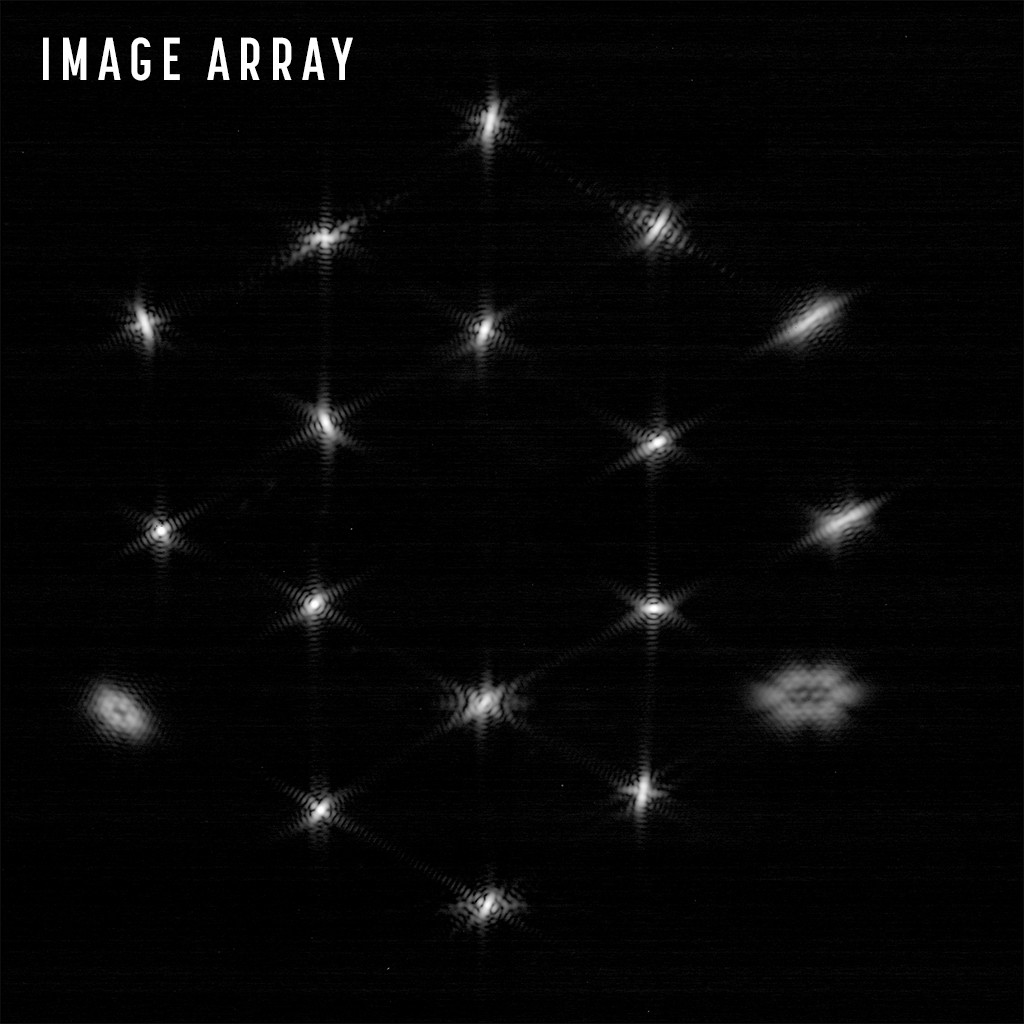 This early Webb alignment image, with dots of starlight arranged in a pattern similar to the honeycomb shape of the primary mirror, is called an “image array.” Credit: NASA/STScI/J. DePasquale

This question is a follow up to the earlier question about the mirrors' actuators. Apparently the position and orientation of each mirror segment can be adjusted in all six degrees of freedom using a hexapod actuator. In addition, one more actuator is available to make small changes to the spherical curvature component (focal-length).

The picture above is the second in a sequence of three pictures. This first shows the 18 images wildly scattered. The third picture shows the same array but with each of the 18 images of the star now almost perfectly focussed.

I have two questions:

6
JWST mirrors each can be "positioned in tip, tilt, piston, horizontal & vertical decentering and clocking". What does this mean?

6
Telescope collimation issue
6
Angular diameter of the Sun's reflection from the ocean, seen from Sun-Earth L1?
6
How would a Fast Fourier Transform Telescope work without a mirror, dish or lenses?
7
Are digital adaptive optics possible?
6
Does a star shaped mirror present problems either optically, or in signal processing over a more nearly circular mirror?
11
How exactly did JWST take a "selfie" of its own primary mirror, and what is the real purpose of this capability?
9
How to determine the scale on astronomical images?