With only seemingly two measurements 30 minutes apart, how were astronomers able to determine that asteroid 2022 EB5's trajectory intersected Earth?

When 2022 EB5 struck the Earth north of Iceland this morning, it became the 5th asteroid to be discovered prior to impacting Earth.

It then links to the Stefan Kurti's tweet as @KurtiStefan:

5th Earth impactor from Piszkéstető Obs: 2022 EB5 Yesterday at 19:24 UT an unknown moving objects of 17 mag was found by K. Sárneczky on images from 0.6-m Schmidt telescope. Acquired data 30 min later showed that it was going to collide with Earth in 2 hours time.

The Earth isn't such a large target, though it is attractive both aesthetically and gravitationally, but one would need fairly good estimate of the trajectory from that first half hour for it to be fairly certain it would strike the Earth.

Question: With only seemingly two measurements 30 minutes apart, how were astronomers able to determine that asteroid 2022 EB5's trajectory intersected Earth?

Just fyi; a quick check of the internet suggests that the impact with at least the atmosphere may have been confirmed by global infrasound measurements. 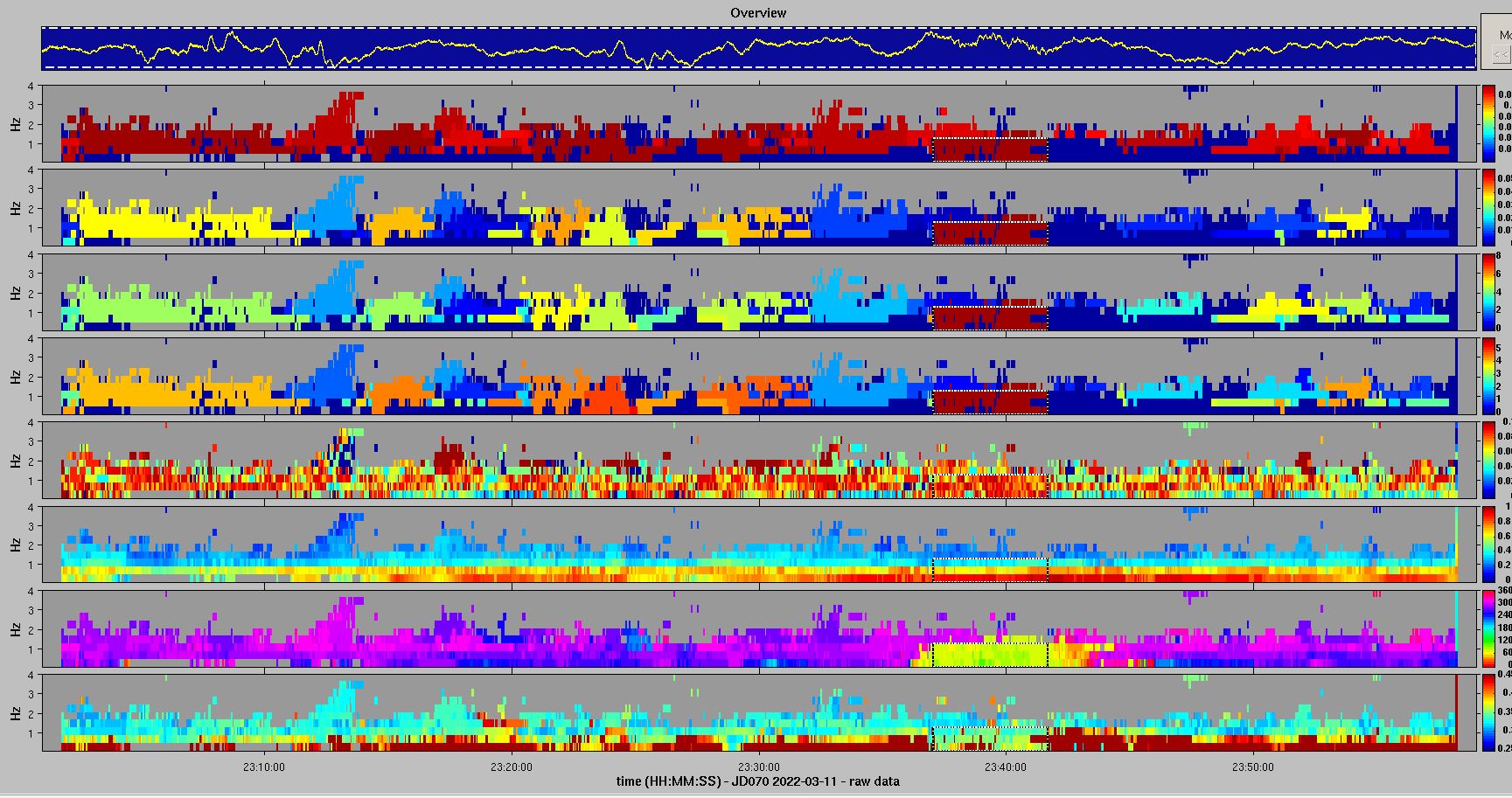 The object was already so close to the Earth that in the 30 min time difference between the observations it moved already 1/4 of the way further to the earth (from about 21 Earth radii distance to 16 Earth radii distance assuming a speed of 18.5 km/sec as given in the link you quoted). So you won't need much accuracy to tell whether it is going to hit the Earth or not.

Having said this, just 2 observations would of course not be enough to determine the orbit (at least 3 observations are required), and the correponding page of the Minor Planet Center shows that indeed 8 observations were made in the first 30 min alone.

...how were astronomers able to determine that asteroid 2022 EB5's trajectory intersected Earth?

that gives more insight into the "how" part:

The New York Times 2022-03-21 article How a Tiny Asteroid Strike May Save Earthlings From City-Killing Space Rocks gives us some more details:

It normally takes a few days of observations to confirm the existence and identity of a new asteroid. But if that object turns out to be a small-but-dangerous space rock that was about to hit Earth, deciding to wait on that extra data first could have disastrous results. “That’s why we developed Scout,” said Davide Farnocchia, a navigation engineer at the Jet Propulsion Laboratory who developed the program, which went live in 2017.

Scout constantly looks at data posted by the Minor Planet Center, a clearinghouse in Cambridge, Mass., that notes the discoveries and positions of small space objects. Then the software “tries to figure out if something is headed for Earth,” Dr. Farnocchia said.

That Mr. Sárneczky was the first to spot 2022 EB5 came down to both skill and luck: He is an experienced asteroid hunter who was serendipitously in the right part of the world to see the object on its Earthbound journey. And his efficiency permitted Scout to kick into gear. Within the first hour of making his observations, Mr. Sárneczky processed his images, double-checked the object’s coordinates and sent everything to the Minor Planet Center.

Using 14 observations taken in 40 minutes by a sole astronomer, Scout correctly predicted the time and place of 2022 EB5’s encounter with Earth’s atmosphere. Nobody was around to see it, but a weather satellite recorded its final moment: an ephemeral flame quickly consumed by the night.

9
What percentage of a lunar meteor strike is blown back into space?
3
How was this interstellar fireball observed and its trajectory analyzed?
8
Are we less safe now that Arecibo is no more?