I never noticed it before that moon I see in the sky is tilted. Does the tilt of the moon in the sky indicate the direction of the Earth's axis and direction of Earth's rotation around the sun? 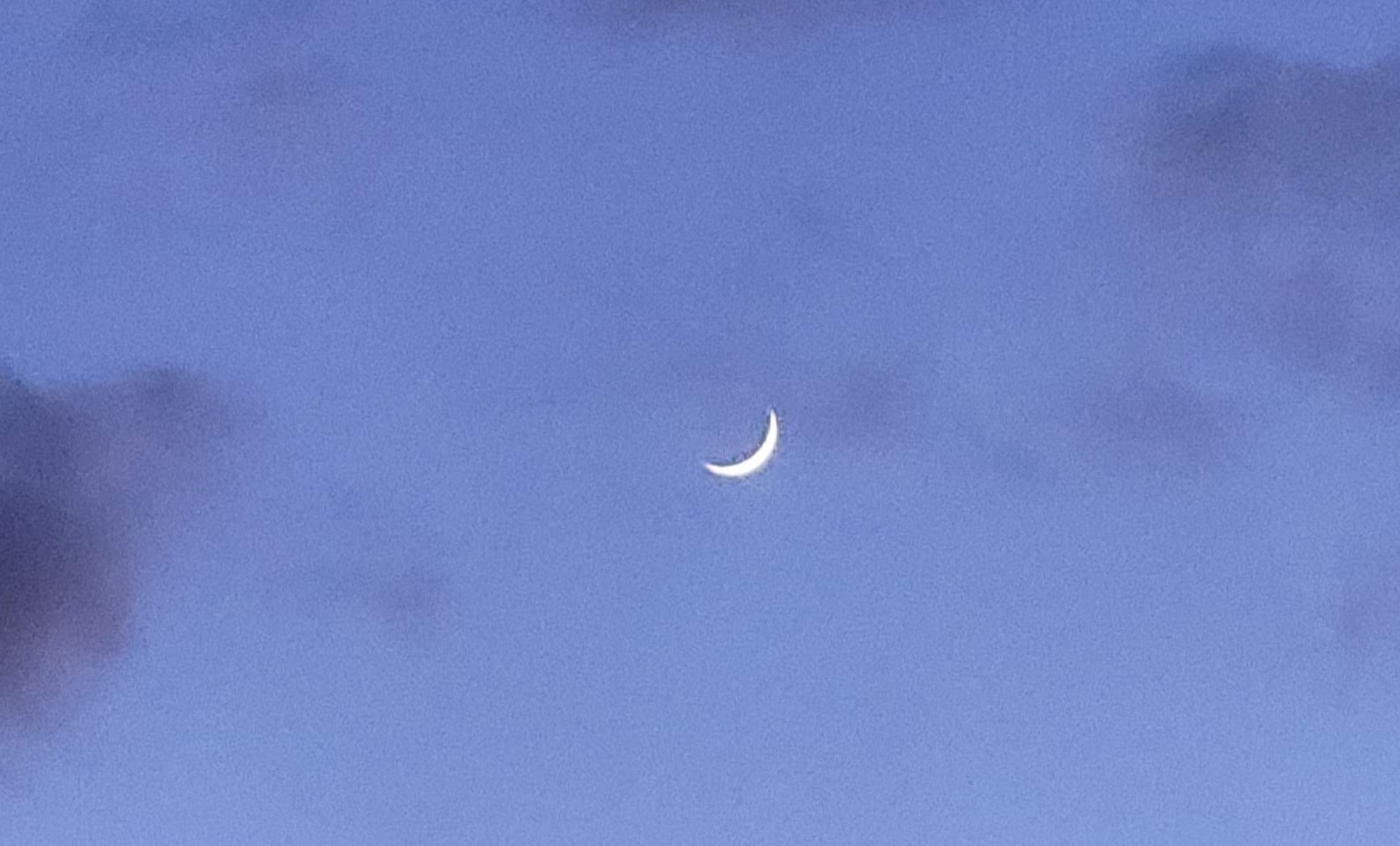 The moon is lit by the sun, so when the sun is below the horizon, the tips of the crescent moon will point "up" and away from the sun, while the outer bowl will point towards the sun.

This is sometimes hard to recognise because of an optical illusion created by the horizon. We tend to see curves that are parallel to the horizon as "straight", but when I write "point towards the sun" I mean "along a great circle".

The axis of the Earth is consistently pointing towards the North. As I mention in an answer to Tips of Crescent, the tips are not exactly aligned with North or East. The Earth's orbit means it is moving in a direction towards a point that is about 90 degrees behind the sun (in April that means roughly towards Saggitarius). Again, that's not really related to the angle of the moon.

I took these cellphone snapshots on the previous two evenings, living nearer the equator than I used to I see slightly unfamiliar things from time to time, like the crescent Moon as a horizontal smiley face and my shadow completely disappearing at local noon in June.

In this answer I link to @DavidHammen's recommended source The Moon Tilt Illusion by Andrea K. Myers-Beaghton and Alan L. Myers which goes into great detail about how the orientation of the Moon's lit side varies. 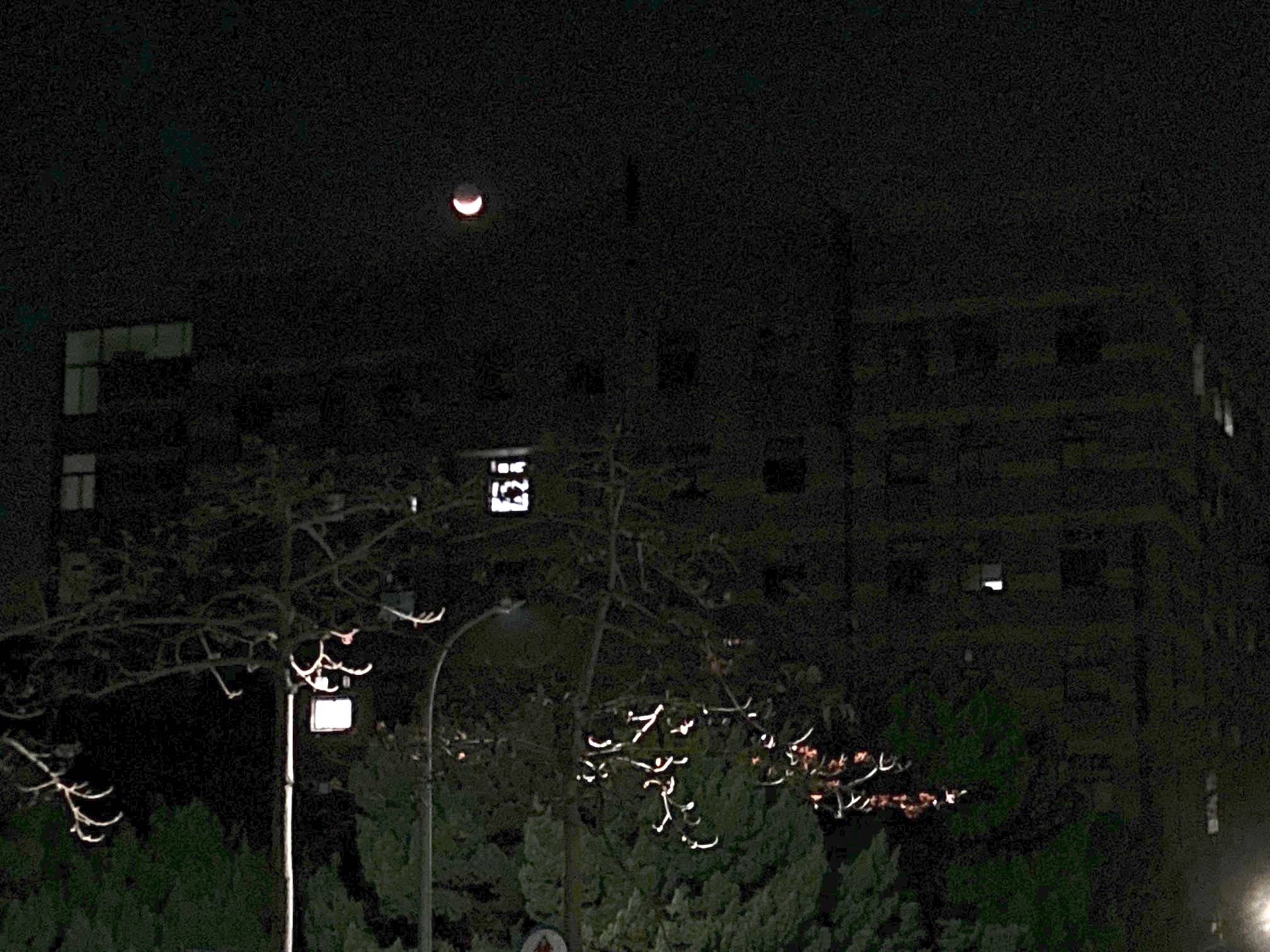 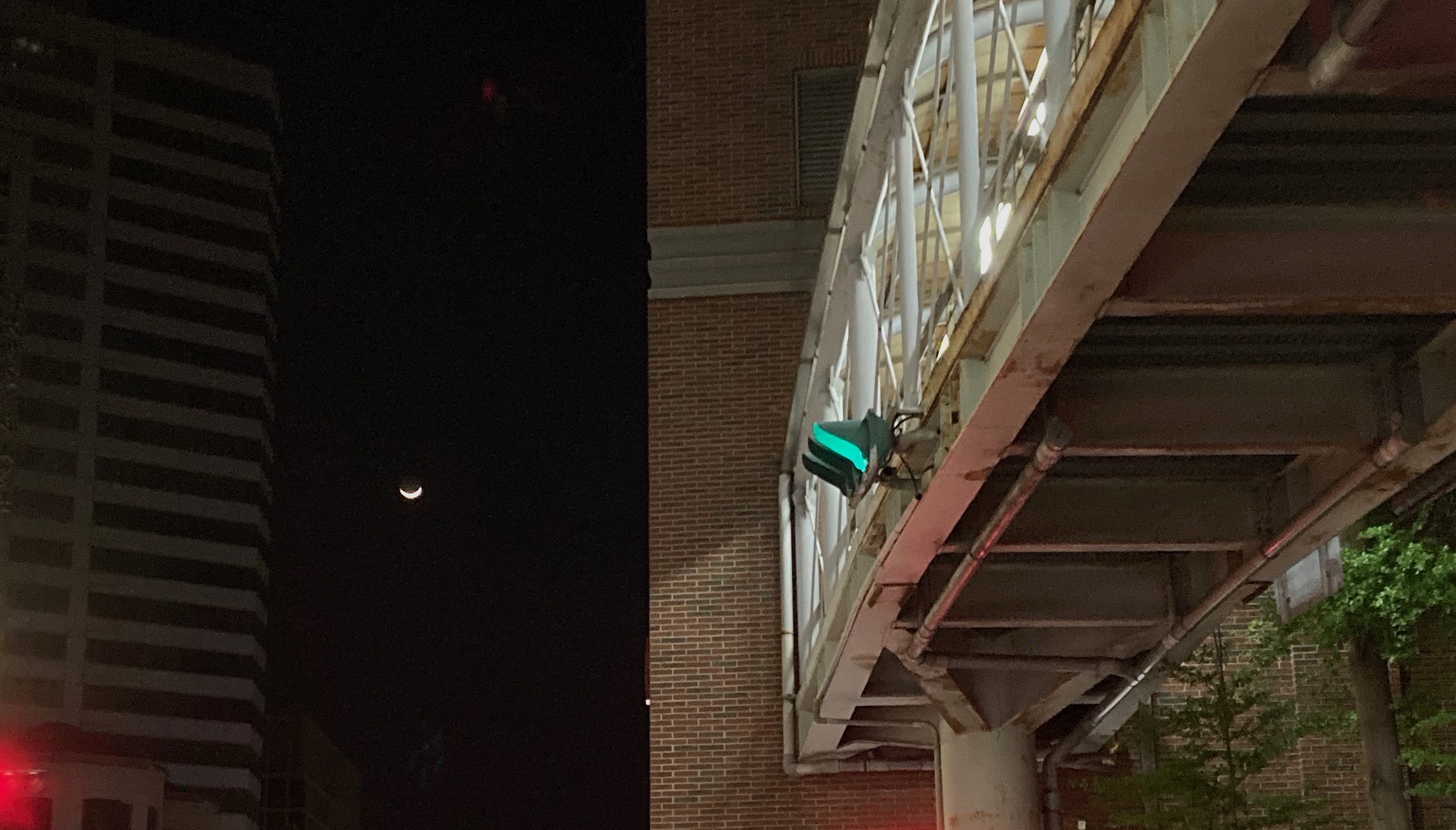 The moon tilt was indeed steeper than usual, and the steepest for 2022 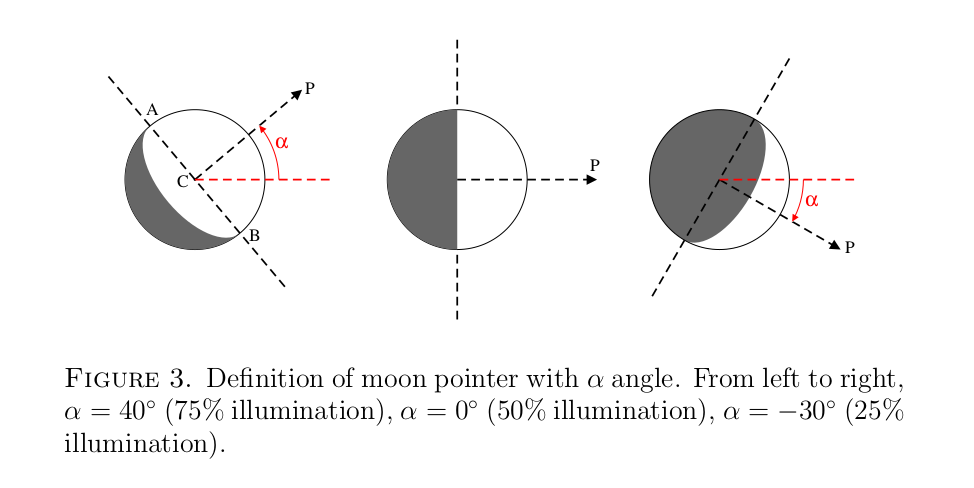 I wrote a small script to calculate the moon tilt $\alpha$ for every minute of 2022, when those conditions are fulfilled:

I was surprised to see the moon tilt vary between -10° (almost flat) and -60° (clearly pointing towards the ground), even at my latitude (49°N). 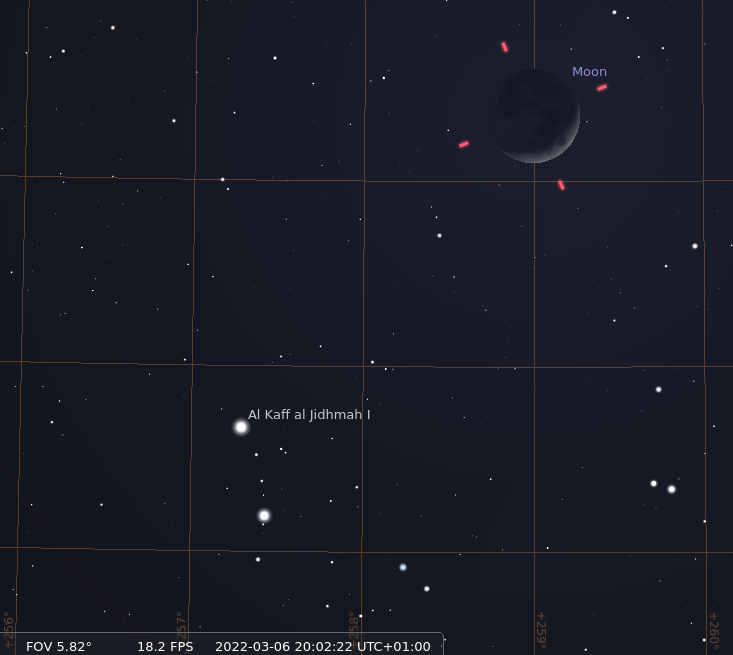 The flattest angle will be in September, at -12°: 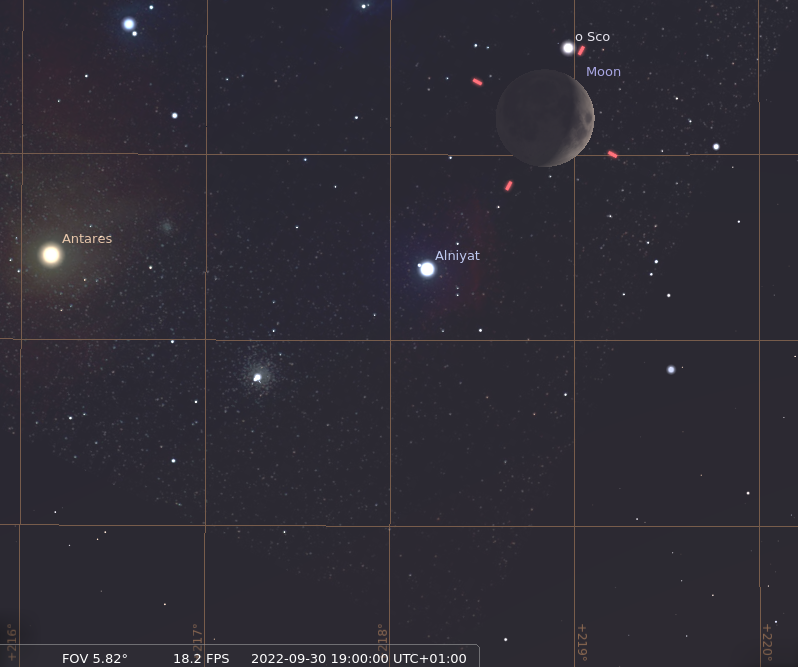 Variations over the years

I modified the script and let it run for every sunsets between 2000 and 2030, at my location: 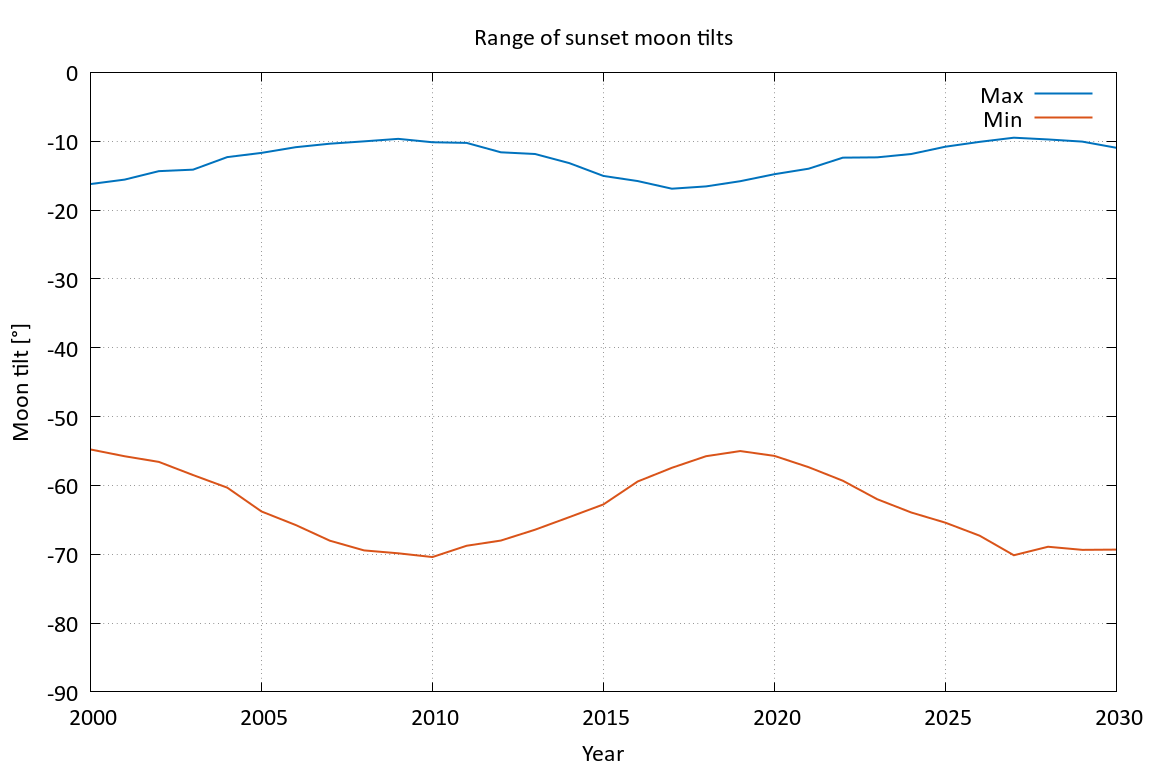 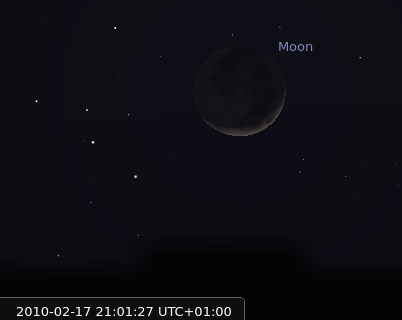 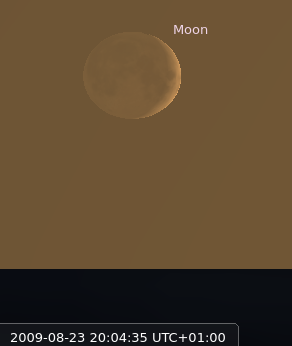 If you're interested, here's the "code" I used to calculate the moon tilt. The program was written in INSEL, which is similar to Simulink:

Another, possibly easier way would be to use Astropy or PyEphem.

15
How is this picture of the moon possible?
14
Why can I see sometimes a horizontal half moon instead of a vertical one?
11
How does the Moon move in the "night" sky as seen from the poles?
5
Tips of Crescent
2
Waning gibbus moon tilt

11
When did the Moon become tidally locked to Earth?
3
Why does the Moon sometimes look Yellow?
7
Where exactly does the Moon flip, given that it appears the other way up in the other hemisphere?
8
Is there any residual oscillation left from the Moon rotation?
14
Will the Earth ever be tidally locked to the Moon?
2
Why the moon is blinding me right now?
13
How does the Moon look like from different latitudes of the Earth?
1
Moon’s orbit shift
16
Was lunar libration first observed or first predicted? In either case, who was the responsible party?