It is straightforward to measure the distances as projected on the sky, since I know the distance to the disk (110pc), and the angular separation in arcsecs.

However, the disk is inclined (i=43$^\text{o}$) and rotated by a position angle (PA=146$^\text{o}$). I would like to know how to calculate the deprojected distance between two points. 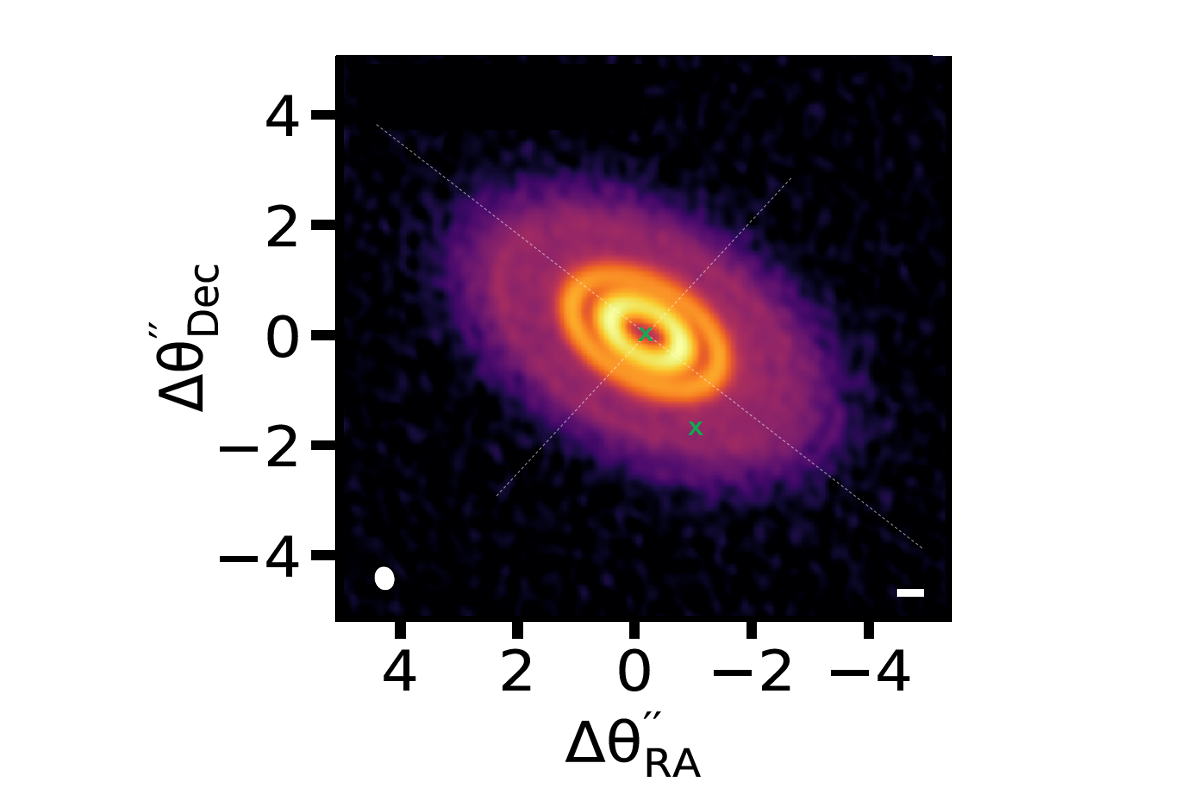 BTW, unless your object is very near the celestial equator you won't have the same scale for your axes. It's just a labeling problem though: you can't say your X axis is right ascension.

My eventual solution was to rotate the image using the 2D rotation matrix, then deproject by accounting for the inclination. In Python, this looks like:

Not the answer you're looking for? Browse other questions tagged coordinate mathematics modeling proto-planetary-disk .

10
What (actually) is the " deprojected half-light radius" of this almost-all-dark-matter Galaxy?

4
Measuring misalignment between two positions on sky
2
How far away is this galaxy?
2
Generate an uniform distribution on the sky between limits
2
Can you find your own location in space by measuring angles between stars?
4
Calculating distance from center of mass of two stars in a binary system
11
What is the difference between the two terms named "Eccentricity" and "Ellipticity"?
6
Does a star shaped mirror present problems either optically, or in signal processing over a more nearly circular mirror?
2
Celestial coordinates of every pixel in the image