Do we get shortest shadow of any object at Solstice time or Meridian time?

Today is 21 June and I want to see at what time I will see shortest shadow in my location.

I read that on summer solstice the sun is highest in sky. So I wonder shadow should be smallest at that time?

Following two images are of my location: 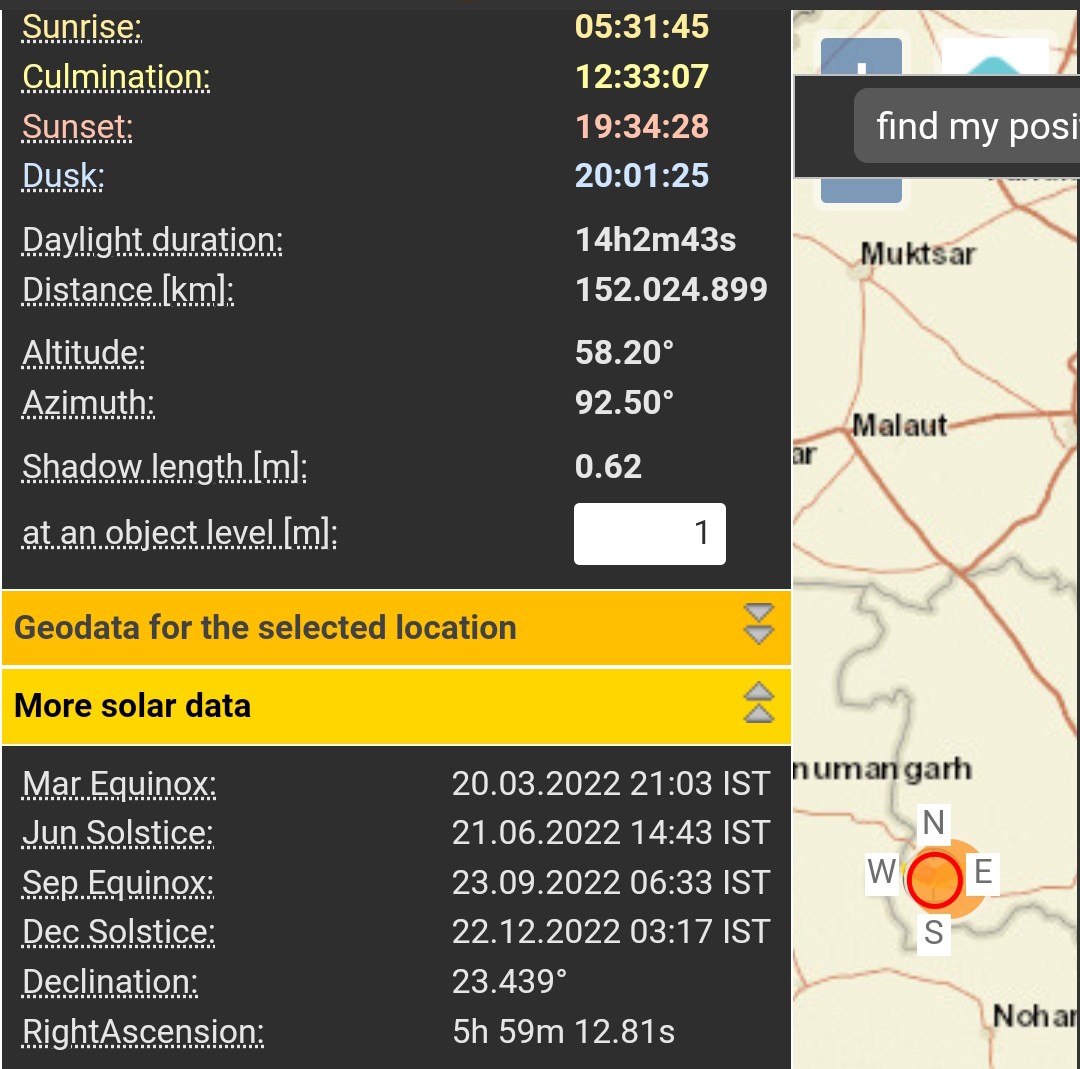 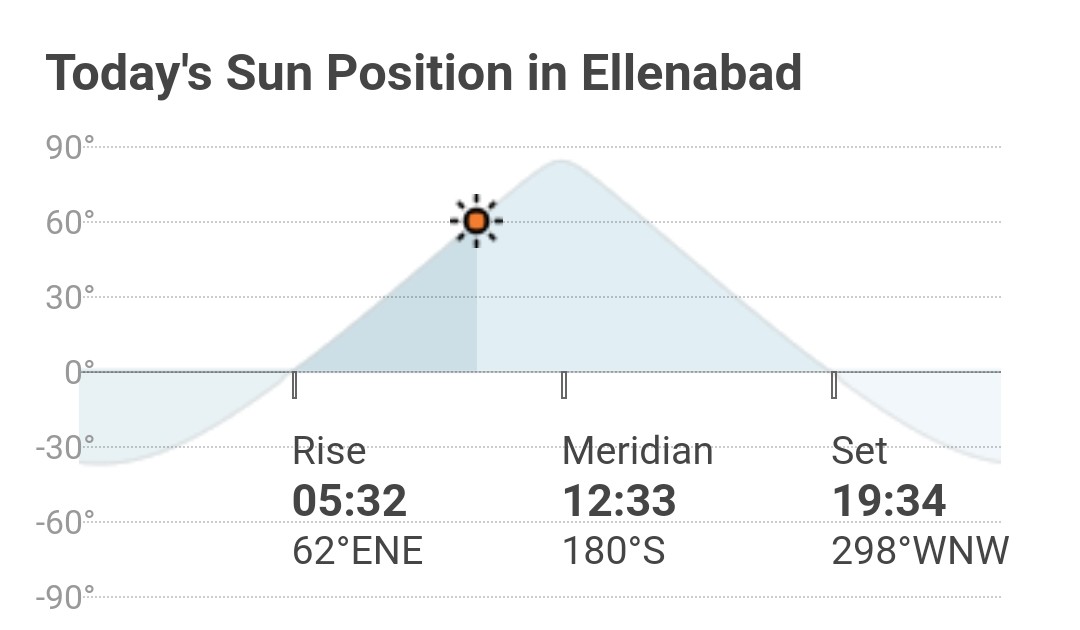 According to second image (visually) I should get shortest shadow on 12:33.

But solstice time is 14:33. So I am confused. Please help me understand.

Each day the sun rises, reaches its highest point on that day at about noon (as it crosses the meridian) and then sets. So length of your shadow will change during the day, and be shortest as the sun crosses the meridan.

But the track of the sun changes over the year. In winter the sun still reaches its highest point of the day at about noon, but the height of that highest point is much lower than in summer.

"Solstice" has two closely related meanings: The moment in time when the Sun reaches its highest declination, and the day on which that moment occurs. The moment of solstice is the same all around the world, so for half the world, the moment solstice will occur during the night. The shortest shadows will be at noon on the day of the solstice.

Not the answer you're looking for? Browse other questions tagged the-sun solstice .

7
Solar Noon: meridian crossing time versus time of maximum elevation
2
Finding the suns position in the sky anywhere at any time
1
Local Standard Time Meridian - LSTM (Units)
8
"Pluto Time" for any solar system body
2
Are there any ways in which the light time difference between the center and the edge of the solar disk is noticeable?
19
What will the PRECISE time of the Summer Solstice 2020 be?
6
When was the last time a great conjunction coincided with a solstice?
11
Why is today the shortest day but the solstice is actually tomorrow?
3
Open source code for the maths behind a heliostat?
6
When exactly was the last time that Earth's aphelion coincided (within 24 hours) with the northern winter (December) solstice?