This is one of the recent pictures from the James Webb released by NASA. It's a picture of the galaxy cluster SMACS 0723. It locates in the Volans constellation. 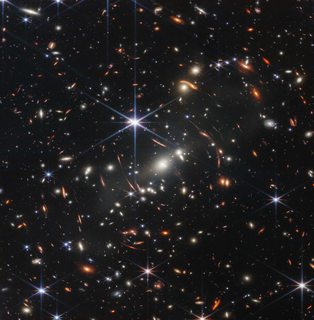 I'm trying to identify the stars in this picture. For example, which star does the brightest one in the middle correspond to in the following picture of Volans constellation? 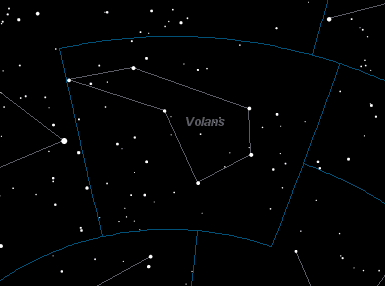 None of the stars in the image of SMACS 0723 are bright enough to be shown in the picture you've provided of Volans.

The view field of the SMACS 0723 image is too small, and the stars within it aren't bright enough to be among the stars that are in the image you've provided. 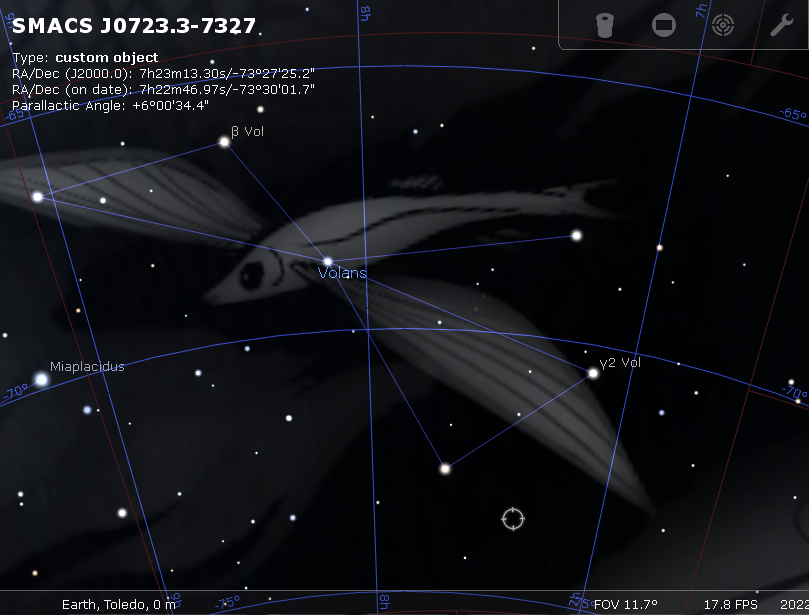 My version of Stellarium locates the object at a slightly different position, but with the brightness minimums set to magnitude 5.7, and field of view of 11.7° no stars in my attempt at approximation of your provided image are nearby enough to appear in the JWST image.

(My personal version of Stellarium doesn't show any stars at all close enough to the location to appear in the image even when I kick the brightness limits down to magnitude 12. I don't have enough information in my Stellarium install to definitively identify any of the potential stars in the JWST deep-field image.)

Notovnys answer does explain where one can find the picture. Stellarium web does indeed show stars with a lower magnitude if one zooms in.

If one zooms in a lot one can finally see this 0.04 Degree should be almost the same as the 2.4 arcminutes mentioned in the other answer: 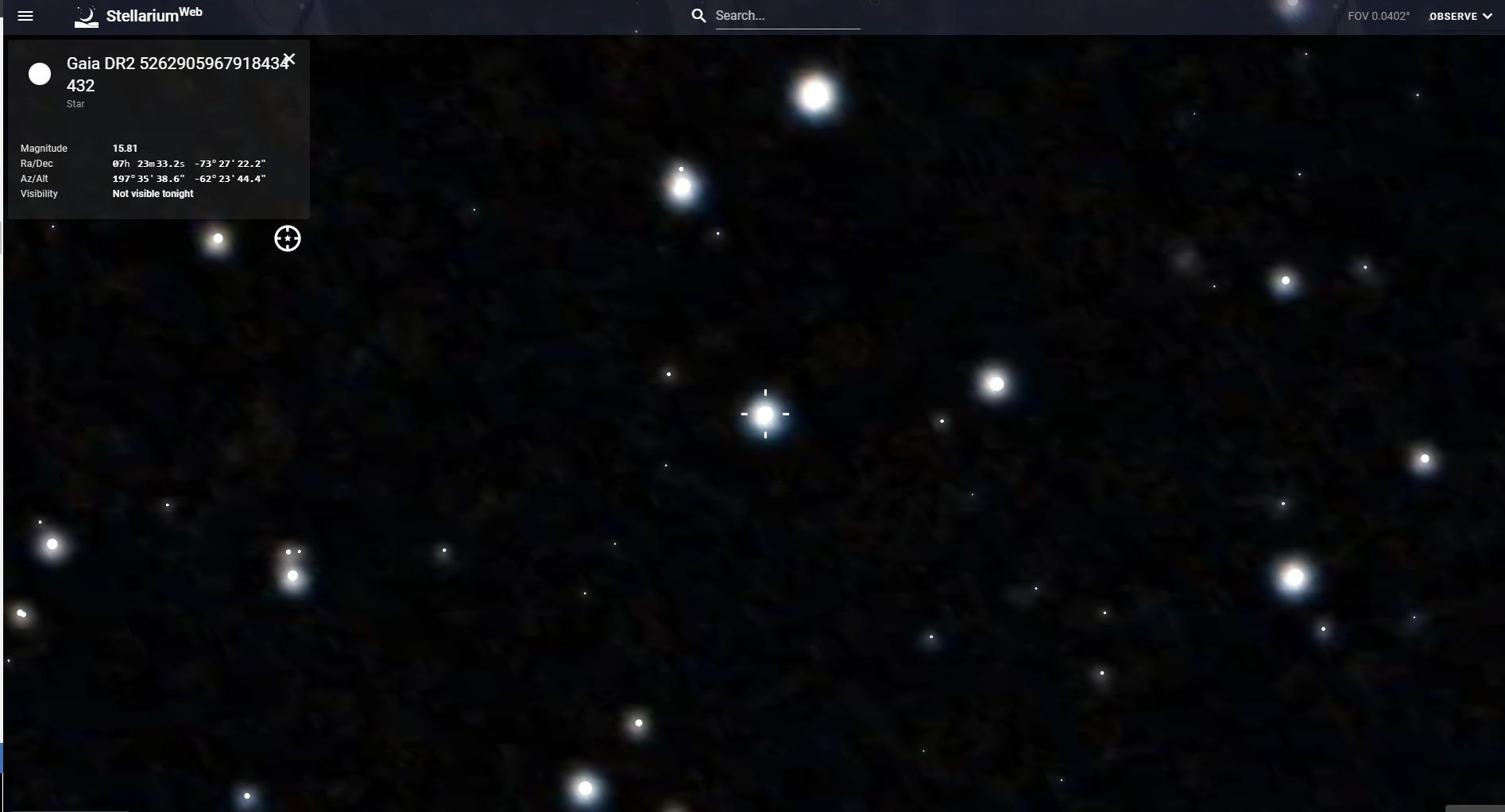 As other answers have stated, the star is not visible on the picture showing Volans as it is very faint. It can only be seen after zooming in many times on Stellarium Web.

The Gaia Data Release at https://gea.esac.esa.int/archive/ says that the same star is at right ascension 7h 23m 18.3s and declination -73°26'55.4" after unit conversion, which is closer to the stated position of SMACS 0723.

Side by side view for original image 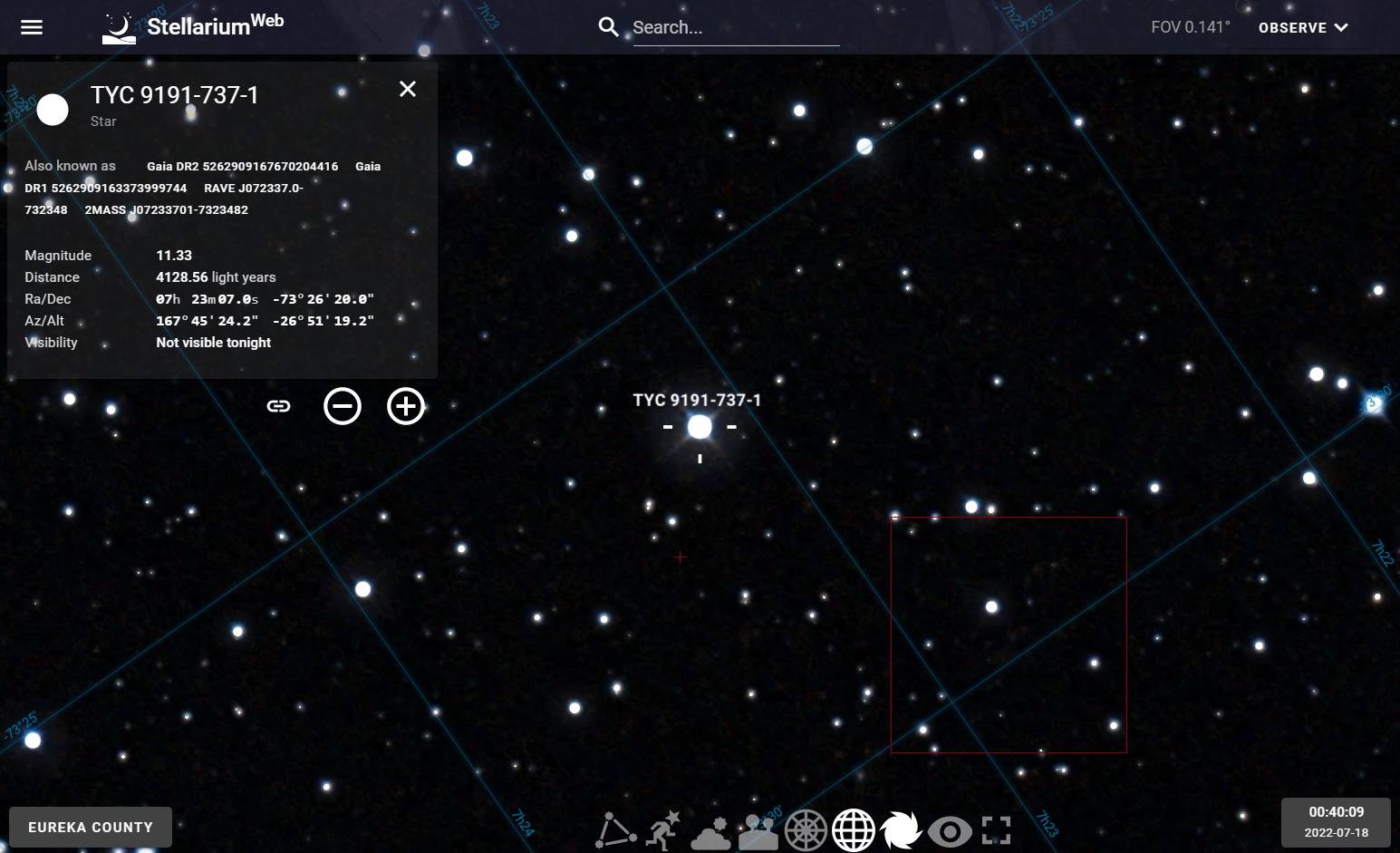 12
Apparent size of M31
4
Are there any planned future observations of TRAPPIST-1 and its planets?
10
Is the James Webb telescope going to orbit around the earth?
2
Making sense of the lomb-scargle periodogram
4
Are quasars simply AGNs that are viewed from a particular angle?
3
How to locate nebulas visible through AstroMaster 114 telescope without device assistance?
1
Is a black hole found in the centre of the low-surface-brightness and dark-matter-free galaxy AGC 114905