What are the black spots/blobs in JWST Jupiter's images? 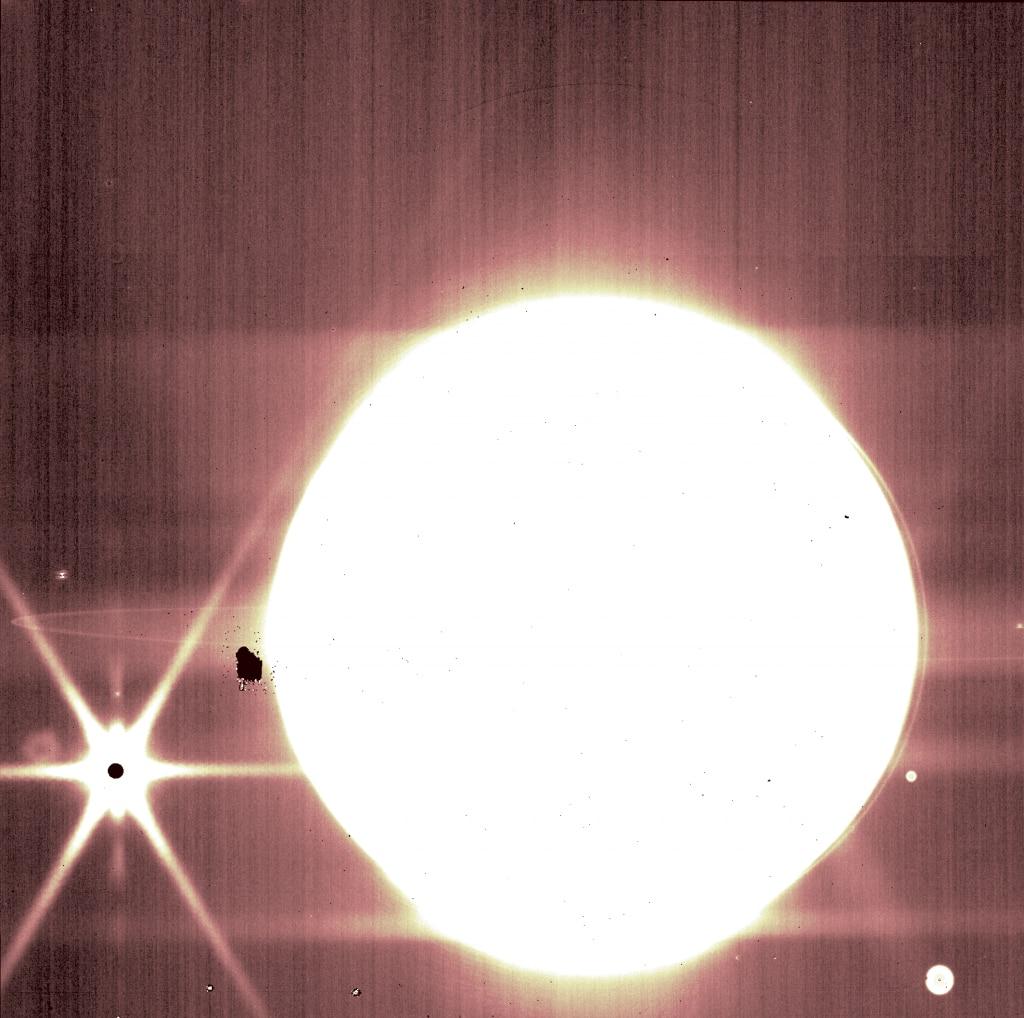 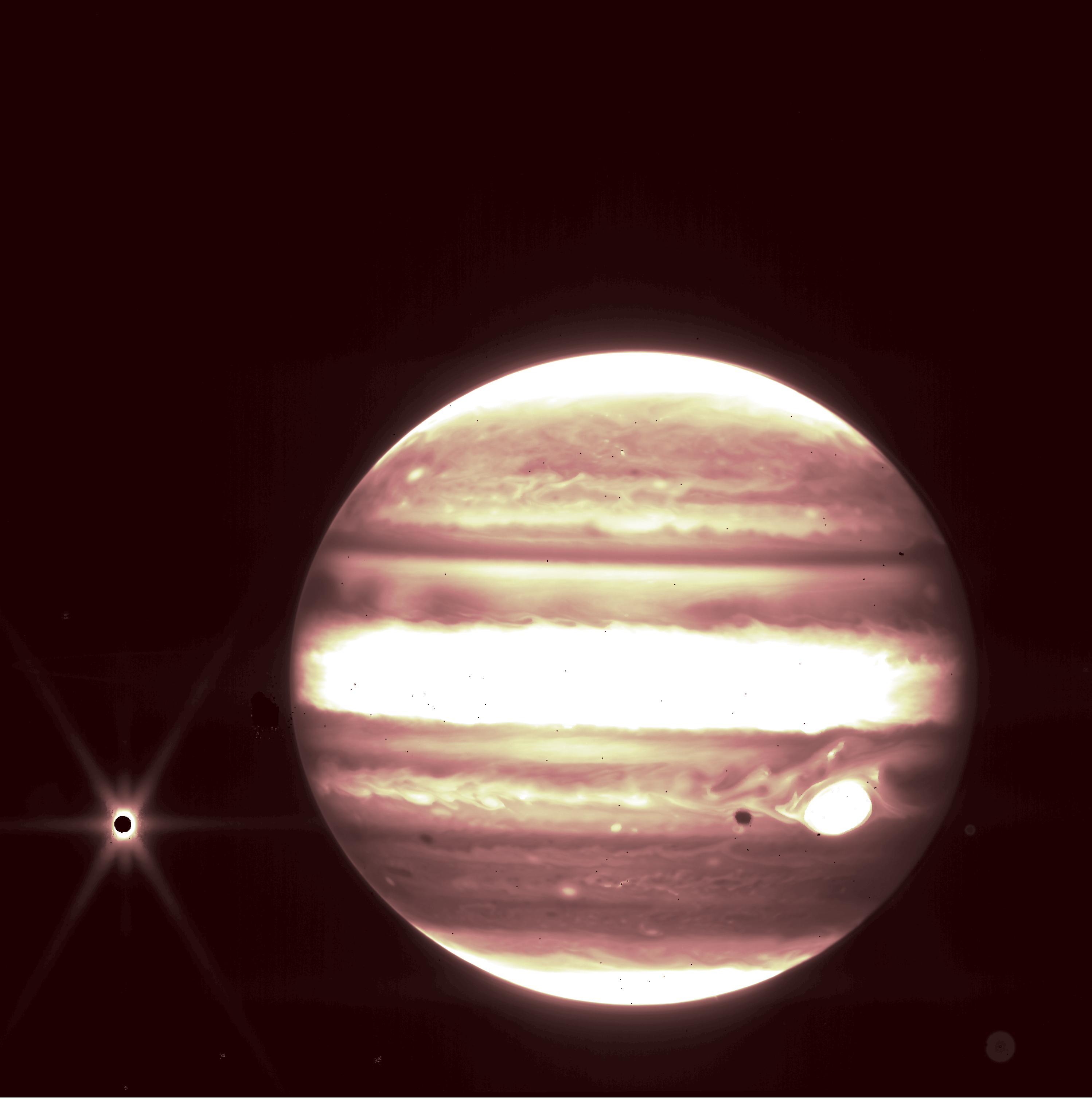 Europa is shown as the black circle. In the second image, Europa's shadow can be seen near Jupiter's big red spot (white in the image, since it is in IR wavelengths).

However, there is an irregular big black "blob" easily noticeable in the first photo just below to the planet's ring. It can also be seen in the second photo, with the same size, position, shape and orientation, although not so easily noticeable.

What is that black blob? Is it a defect?

If it is indeed a defect, does it have something to do with the telescope being hit by a micrometeoroid in late May, 2022? Like as it is the hole punched in one of the mirrors? Or it does not have anything to do with that?

Also, if you click in the second image to see it in full resolution, it is noticeable that it is "peppered" with black spots and even a few "salt" white spots near the bottom. Why?

The black blob comes from a region of dead pixels on one of the NIRCam detectors, A1 (as someone on Reddit correctly identified). STScI has a display of flat field images for a number of segments; a zoomed in portion of the A1 flat shows a region marked in green with precisely the same shape, but rotated clockwise by 90 degrees. Around the green, you can see a fainter, dark red region whose outer boundary appears to correspond to the speckles surrounding the blob in the image: 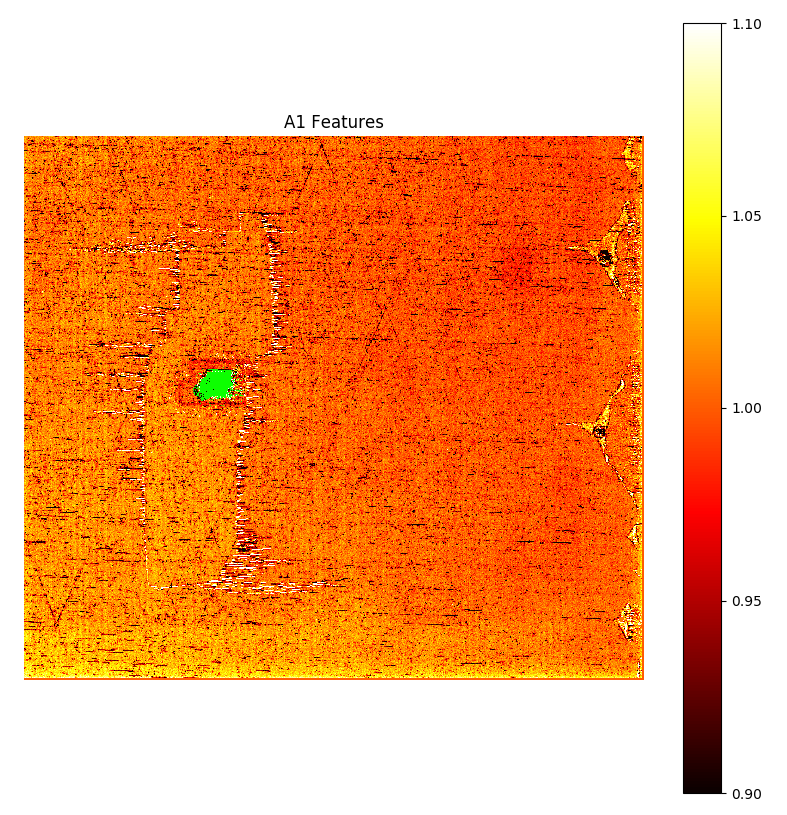 A similar defect can be seen in this zoomed-in region of the B2 detector flat field, although it doesn't show up in that Jupiter image: 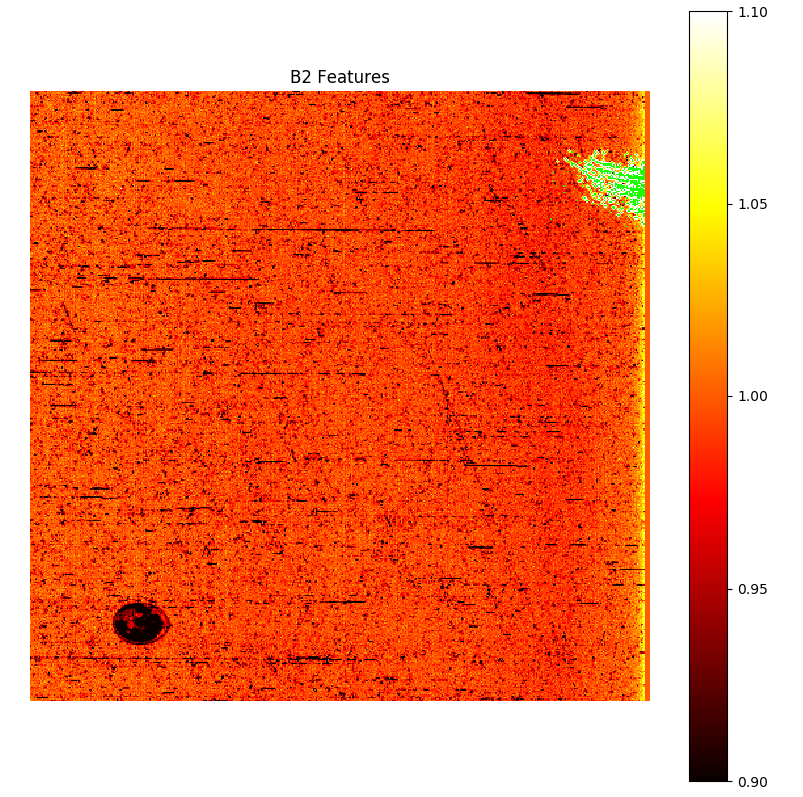 You'd typically subtract out/otherwise account for calibration frames (flats, darks, biases, etc.) before doing high-quality image processing, which can remove many artefacts. You can't get around bad pixels with the same sort of processing, but you can use a method called dithering - taking multiple images offset by a certain angular distance so that every region of interest is covered by "good" pixels in at least one image.

I'm not positive as to what the speckles are. Some could be due to cosmic ray events, while others could simply be individual bad pixels (as many bad pixels will simply show up individually, rather than in the blobs we see in A1 and B2).

From what I've read, it is from the fine-guidance sensor. Some objects' luminosity is just so great that like certain images of our Sun, when we need to blot out that luminance, we do so with similar technology so we can "see" beyond the luminous image.

As for the pixels, my educational hypothesis would be that it's simply artifacting from the sensor. But if I learn differently I will amend this answer.

The circle at the centre of Europa looks exactly like an overload / saturation effect known as 'black sun', which is not actually defective pixels, just pixels which have been overexposed. Other people have answered for the other large area defect.

7
What are the last images from the Galileo orbiter before impacting Jupiter?
11
What visual artifacts are expected from the JWST?
3
Are these Jupiter's moons?
4
How clear will the images taken by the JWST be, compared to the rest of the telescopes?
3
What exactly is the risk to any JWST instrumentation when looking at objects that are "too bright"?
7
What are the bright dots in some galaxies in the first JWST image?
1
Why are diffraction spikes left in JWST public images?