What is the story behind this supposedly incredibly detailed image of the disk of Proxima Centauri attributed to the JWST?

The French Alternative Energies and Atomic Energy Commission (CEA) is a key player in research, development and innovation in four main areas:

Drawing on its widely acknowledged expertise, the CEA actively participates in collaborative projects with a large number of academic and industrial partners.

The CEA is established in nine centers spread throughout France. It works in partnership with many other research bodies, local authorities and universities. Within this context, the CEA is a stakeholder in a series of national alliances set up to coordinate French research in energy (ANCRE), life sciences and health (AVIESAN), digital science and technology (ALLISTENE), environmental sciences (AllEnvi) and human and social sciences (ATHENA).

Widely acknowledged as an expert in its areas of skill, the CEA is actively involved in the European Research Area and its international presence is constantly growing.

From this account the following image and text (below) was tweeted.

Question What is the story behind this supposedly incredibly detailed image of the disk of Proxima Centauri attributed to the JWST?

There certainly exist blurry images of stellar disks (the dark spots in interferometric infrared and/or radio images of Betelgeuse come to mind) but never anything with such high spatial frequencies. What's going on?

Photo of Proxima Centauri, the closest star to the Sun, located 4.2 light years from us.

She was taken by the JWST.

This level of detail… A new world is revealed day after day. 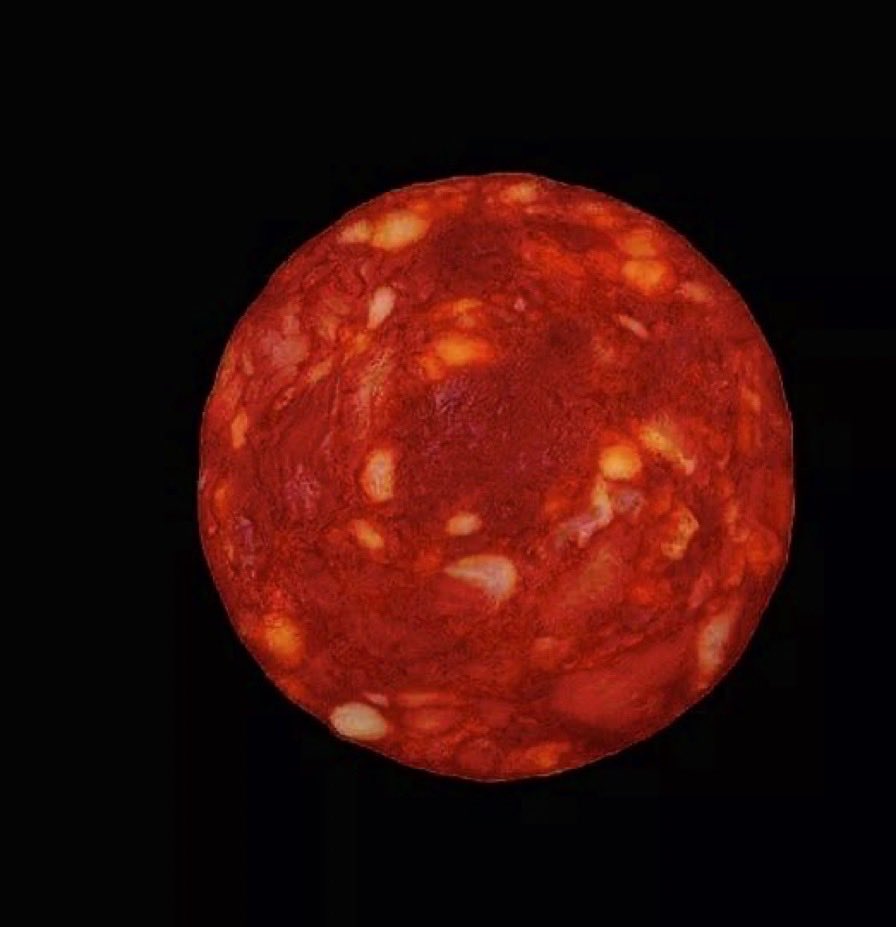 Apparently it is a fake, in fact a picture of chorizo sausage. See https://amp.cnn.com/cnn/2022/08/05/europe/scientist-space-image-chorizo-intl-scli-scn/index.html for example.

6
If I can't unscramble an egg, how do Astronomers unscramble views gravitationally lensed by complex mass distributions?

0
What area of Proxima Centauri would need to be occluded for the effect to be observable on Earth?
2
At what distance does Proxima Centauri become visible to the naked eye?
2
What is in this soft x-ray image?
2
When will Alpha Centauri A and B overtake Proxima Centauri as the closest stars to us?
11
How exactly did JWST take a "selfie" of its own primary mirror, and what is the real purpose of this capability?
34
Why does the alignment evaluation image from JWST look like this?
10
What are the black spots/blobs in JWST Jupiter's images?
10
What is this object visible in the Chandra image of the Cartwheel galaxy that isn't visible in JWST image?