What does a fitted curve for the period of a variable star, tell me about the star?

If I have enough data of a variable star to make a light curve for it's whole period, and If I fit a function to that light curve, can that fitted function tell me anything about the properties of the star?

If so, is it different for different types of stars?

In short, it can tell you a lot of stuff. You could identify (probably) the following: 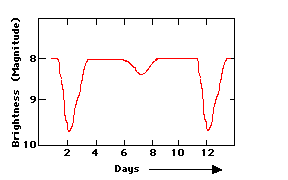 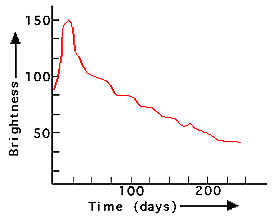 Not only that you can also identify the radius (thereafter volume), size of the planet, and the orbital period by measuring the elapsed time between transits.

You can identify quite a bit of information. Given you find orbital period, radius etc., you can use this information to find other information too. So it keeps branching!

Kepler's Third Law: the squares of the orbital periods of the planets are directly proportional to the cubes of the semi-major axes of their orbits. Kepler's Third Law implies that the period for a planet to orbit the Sun increases rapidly with the radius of its orbit.