Why, since Earth is in free fall towards Sun, are tides affected by Sun's gravity? Why aren't the oceans "weightless" like astronauts?

Astronauts on the space station do not feel the Earth's gravity at all; they are in free fall. Since the Earth and all that's on it is in free fall toward the Sun, why would the oceans "feel" the Sun's gravity; i.e., why would the Sun affect the tides at all? It occurs to me (1) it's the center of gravity of the Earth that is in free fall; and (2) points on the surface facing the sun are ~7000 miles closer to the sun than points on the far side; and (3) points on the surface of the Earth at dawn or at dusk experience (due to the Earth's rotation) an acceleration toward or away from the Sun. Are "minor effects" such as these the explanation for why tides are affected?

Yes, the sun does raise tides in just the same way that moon raises tides. It is the difference in gravity that causes the tide. So it is your point 1 and 2. The rotation of the earth causes the tides to move, but don't actually cause the tidal force.

The Earth also raises tides on astronauts, but an astronaut is so small that the difference in gravity between her head and her feet is tiny, and the tidal effect is consequently also tiny (and negligible)

The moon raises tides in the same way. The Earth is is freefall in its orbit with the moon too.

Yes, it is the minor effects. The Sun’s gravitational pull as such is not what raises tides. What raises tides is, as you suggest, the difference between the Sun’s pull on the near, “midday” side and the far, “midnight” side.

Assuming an inertia-less frictionless ocean, the formula for the height of the tides is charming:

In that quotation, “Moon” can be replaced by “Sun” or any celestial body you want. What is charming about this is that - since the Sun and Moon are the same size in the sky - the fact that solar tides are weaker than lunar ones shows that the Sun is less dense that the Moon.

(An astronaut in free fall similarly has tides raised by the Earth but given how small an astronaut is, the tides are too small to measure.)

The rotation of the Earth comes in in two ways. First, if the Sun did not revolve around the Earth then the tides would not move either and we would not notice them. Second, the real ocean is not inertialess or frictionless, and it the tides we see are the response of inertia, friction and undersea topography to the “simple” (and remarkably small) forcing of the ideal lunar and solar tides. If you take a shallow soup bowl and fill it to the brim with soup then you will see how relatively small movements at exactly the right (or wrong!) rhythm will have a much bigger effect than the movements themselves.

James' answer is brilliant in explaining the forces acting on the object. But if you don't see how to reconcile that with the idea of an object being in free fall...

Earth is not one indivisible object. It's made out of smaller parts - for our purposes here, it's enough to consider just a few of them. And while Earth as a whole can be considered to be in free fall, the parts Earth is made out of aren't. If you remove all the forces holding the Earth together, it's going to spread out into a disc around the Sun.

Let's ignore Earth's rotation, stickiness and gravity for now (though do keep the fact that gravity always works both ways in the back of your mind). Let's keep Earth perfectly smooth and spherical for now, except for a layer of pebbles on the surface. Now make the whole sphere disappear, and keep just the pebbles behind. At this point, it should be really clear that different pebbles will have different freefall trajectories. The ones closer to the Sun will have a shorter orbits than the ones further away from the Sun.

This will cause the pebbles to move "out of formation" - the Sun-close ones will move on their orbits faster, while the Sun-distant ones will move slower. And it's exactly this difference that manifests as a very real force - since the Earth in fact is sticky and held together by its own gravity, the pebbles with different orbital paths can not follow their paths; they are deflected.

One thing that often trips people up (including physics teachers, unfortunately) is that the net force on a mass of water right under the Sun is really small. That's why the tidal force doesn't cause the water in your glass to rise ten meters up every time noon comes. Tides are the summed up contribution of these tiny forces over huge masses of water essentially being pulled towards a common "line". And even then, the effect is absolutely miniscule compared to the size of the Earth - to come back to your astronauts, the Earth is already smoother than a billiard ball with its massive deeps and mountain ranges, and tides are entirely insignificant next to those; the same tidal force effect on a human being is utterly imperceptible. Humans are tiny.

Of course, if you put yourself on a close orbit around a naked black hole, the difference would be much more obvious, and quite enough to tear you apart :)

The Earth as a whole can be said to be in free-fall with the Sun (and moon). However, if you consider sub-components, such as the oceans, or even the land masses, they are not in free-fall. They are constantly applying forces to each other. Effects such as the tides appear when we increase the fidelity of our model to treat the Earth as more than just a rigid body. The CG of the Earth must move along the expected (nearly) elliptical orbit, but the "internal" structure of the Earth can have more complex motion.

The Earth's tides are one of the most incorrectly understood and explained scientific phenomena. Most of the explanations you will find are completely wrong. Even Feynman explained them incorrectly in one of his recorded lectures. Therefore, I think that no one should feel bad about understanding them incorrectly.

You are definitely on the right track. The earth is in freefall with regard to the moon and sun but so is the water on earth. In other words, the acceleration due to the gravity of the sun or moon on the water is the same as any other matter on earth. Water isn't somehow special in this regard.

The tides are caused by the difference in the direction of the gravitational forces on different points on earth. Around the equator, all of the gravitation is orthogonal to the surface. NOAA has a good explanation of this. Here's a picture from that article that shows exaggerated vector forces on the earth by the moon: 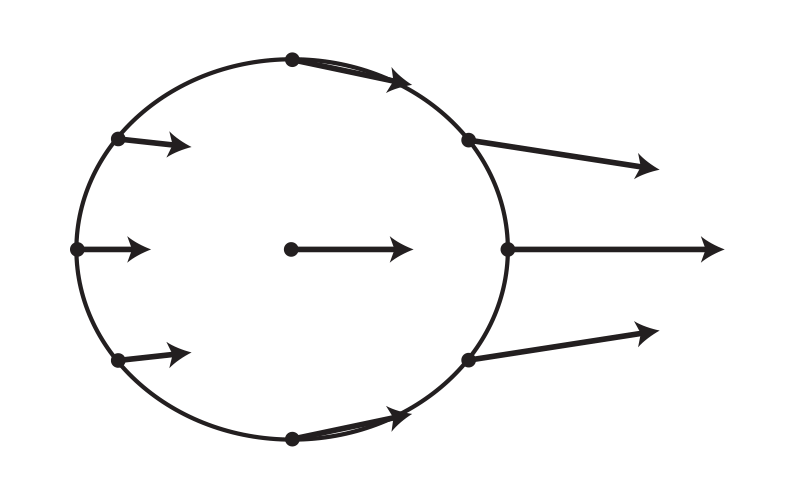 Note how the direction of the force is straight up (or down) at the equator but angled everywhere else. Once you account for the average gravitational pull and effectively the fact that the entire body is in freefall (including the oceans) the net result is like this: 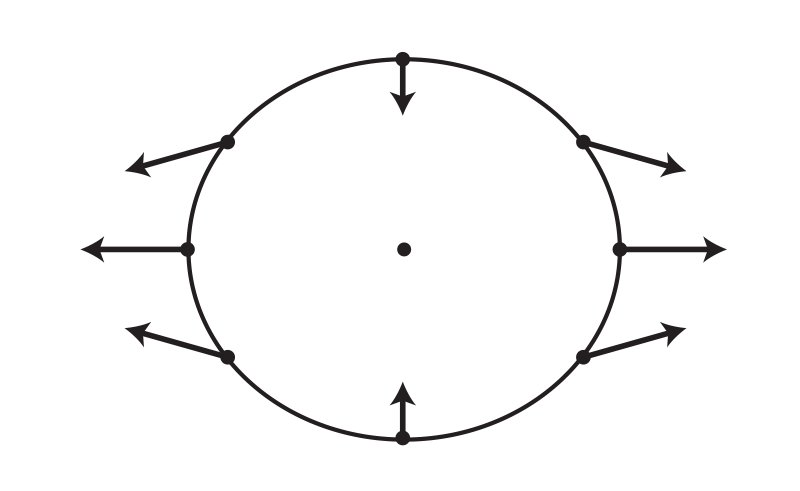 These net forces are small but the ocean is so large that it accumulates into the effect that we see. This is also explains why there is very little tidal effect on the great lakes: they are too small.

This video explains this better and more fully 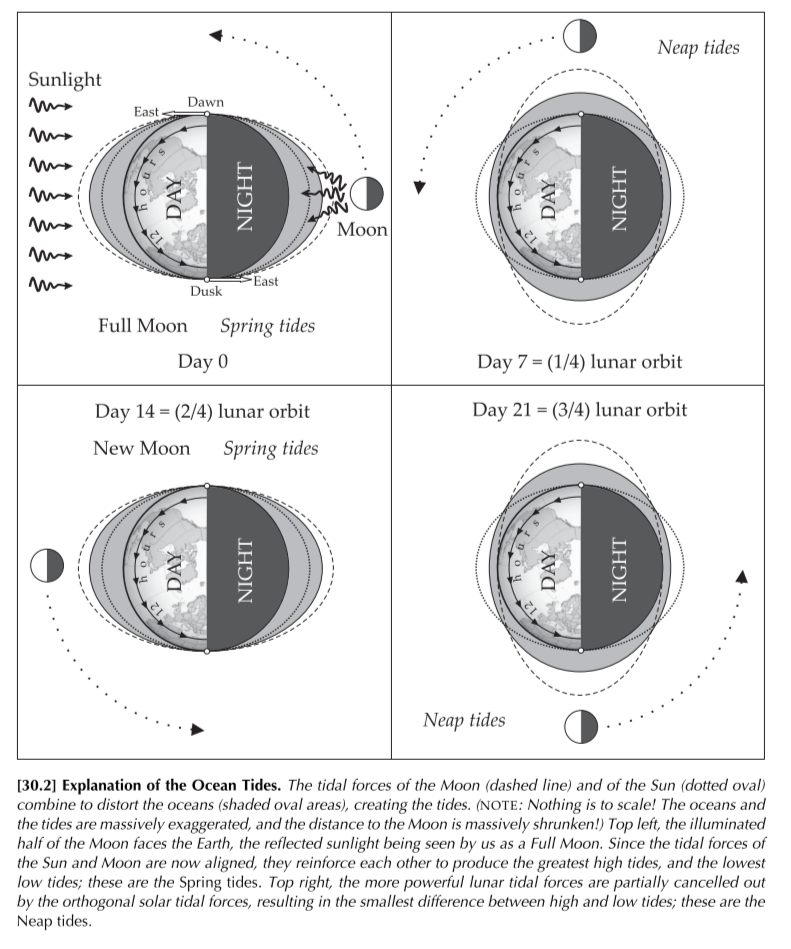 Here it is shown the moon but the same principle more or less applies with the Sun.

Astronauts experience tides, but they are not round and liquid and the tides are very small so the astronauts do not feel the gravity of the sun and the centrifugal force pulling them out. The oceans only move buy a millionth of a percent of their overall weight.

They are not also in pure freefall they are being balanced by two forces. Free fall towards the earth/moon and centrifugal Force of orbit.

Because astronauts have only been as far as the moon, they generally experience the balance of four forces of which the sun is only a small amount compared to the other three.

Now the whole of the Earth cannot be in a single free-falling frame of reference. It may well be that the centre of mass of the Earth is in a free-falling frame of reference, but that means all the other locations (e.g. on the Earth's surface at various points) are in different, non-inertial frames of reference. The question really is just one of size - is the size of the Earth big enough that there will be significant observed effects caused by the change in gravitational acceleration caused by the Sun experienced at different points on the Earth's surface? The answer is yes, it is and the ocean tides raised by the Sun are something like one third of the amplitude of the tides raised by the Moon.

11
When did the Moon become tidally locked to Earth?
2
What are the positions of the Earth, Moon, and Sun at a time when there is the least difference between high and low tides?