How do times of lunar standstills vary over time? If we folded them back into a lunar month plot, would they have "prograde and retrograde motion"?

The recent question Are lunar phases and lunar standstills in sync with each other? brought me to a standstill because I don't fully know what a lunar standstill is. It's one of those words like "opposition surge" which sounds exciting but may not be.

A standstill occurs when the Moon reaches the northern most declination (or southern) in its orbit. That occurs approximately every 27.3 days.

so I guess the Moon only "stands still" if you project it on to a 1 dimensional declination axis which is definitely not what we see.

Question: How do the times of lunar standstills vary over time? If we folded them back into a lunar month plot, would they have "prograde and retrograde motion"?

Yes I know there are different kinds of lunar months! I will not pre-specify this, it's completely up to the answer author who knows more about this than I do to decide which folding time is most suitable.

The lunar standstill or lunistice occurs when the Moon reaches its maximum or minimum declination for the month. Wikipedia says that the term "lunar standstill" was apparently coined by engineer Alexander Thom in his 1971 book Megalithic Lunar Observatories.

As I've mentioned numerous times, the orbit of the Moon is rather complicated. The eccentricity of the orbit, combined with the short nodal and apsidal precession cycles, causes the time between lunistices to vary between ~27.2 to ~27.5 days. The declinations of the lunistices range over a cycle of approximately 18.613 years, or 249 sidereal (or tropical) months, which is approximately the length of the nodal precession cycle.

The lunistices occur fairly regularly, with the time from a maximum to the next minimum being a couple of days less than half a month. 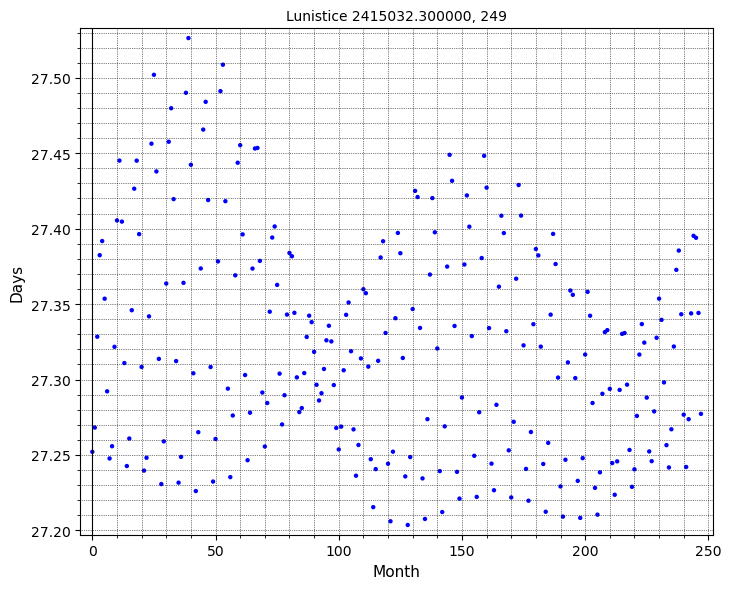 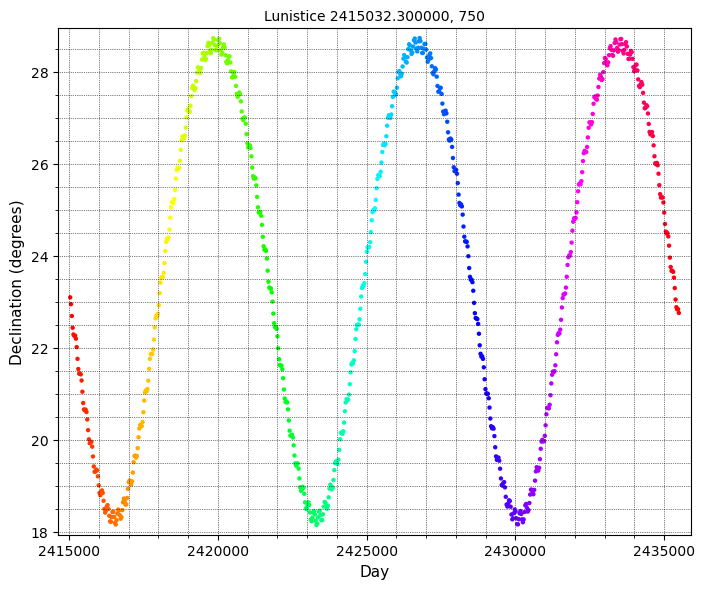 Here's the same data (using the same colour scheme), folded to the tropical month length (by taking the modulus of the Julian day). 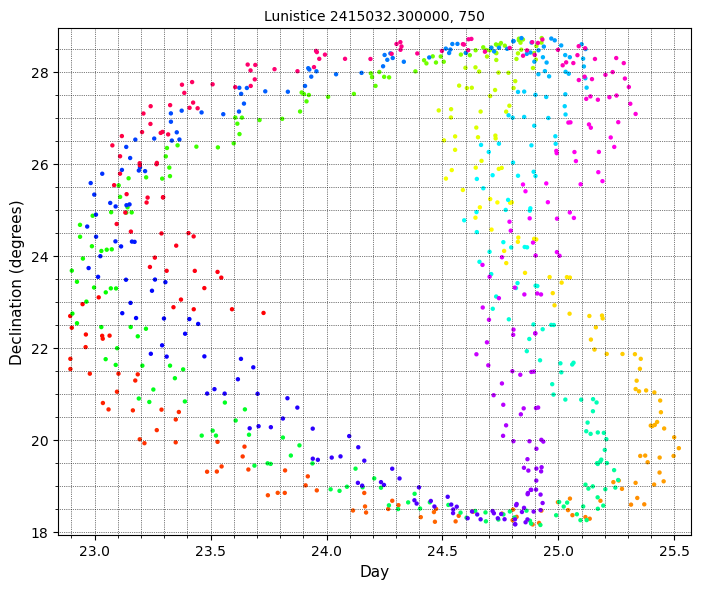 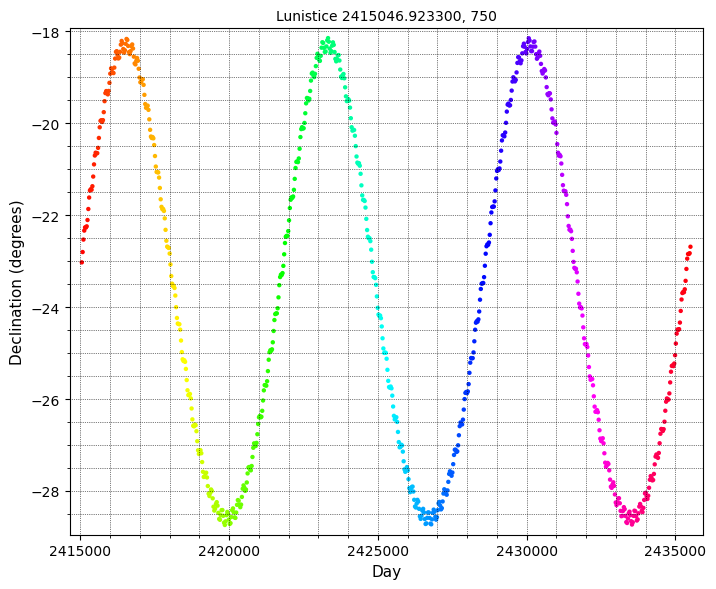 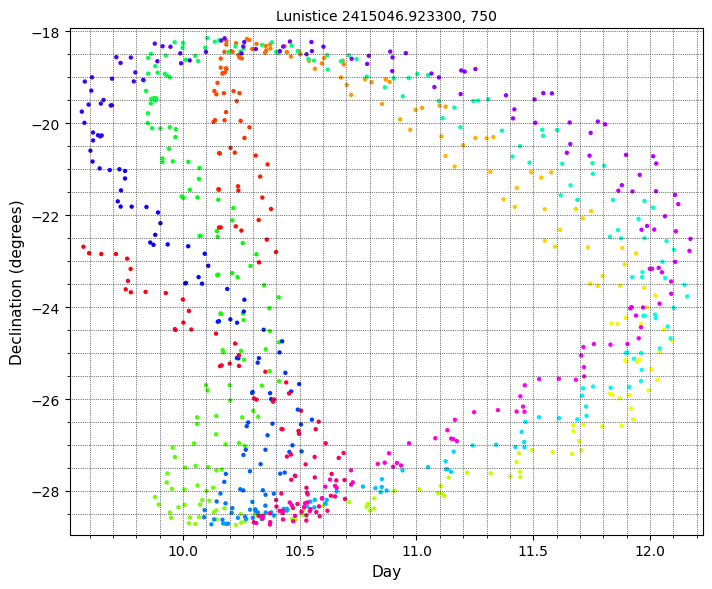 Here's the Sage / Python script that produces the lunistices plots. The start time must be given as a Julian Day number, and it should be close to the time of a lunistice. It finds maxima and minima using sequences of cubic spline interpolation.

Here's the basic Moon declination script, which accepts any of the usual Horizons date & time formats.

7
Is there a timekeeping word for the orbit of a moon?
7
Are lunar phases and lunar standstills in sync with each other?
3
Should the synodic period or the orbital period be used to determine the diameter of the Moon?
2
How many Moon's Topocentric Conjunction occurs per lunar month?

14
Is the rotation of the Sun and the rotation/orbit of the Moon around the Earth a coincidence?
3
Length of a tidal day or by how much is the Moon late each day?
5
Non-Newtonian motion of the moon
7
Is there a timekeeping word for the orbit of a moon?
2
Precise declination of Moon
2
How to calculate the period of a lunar mansion?
5
What exactly was the Moon's "Evection Resonance"?
5
How to calculate eclipses on a planet in a binary star system
4
How to calculate the nodal precession range of the Moon with respect to the celestial equator?
16
Was lunar libration first observed or first predicted? In either case, who was the responsible party?