Why is our solar system "tipped" about 63° with respect to the plane of our galaxy?

Our own solar system is "tipped" by about 63 degrees with respect to the plane of the galaxy. Has it ever been researched or is there any scientific theory which could explain the reason why our solar system and solar systems in general are not "in-line" to the galaxy's plane? What exactly determines the orientation of solar systems?

What you could think at first, regarding the orientation of any planetary system, is that it should be roughly in the plane of the galaxy, simply by angular momentum conservation. 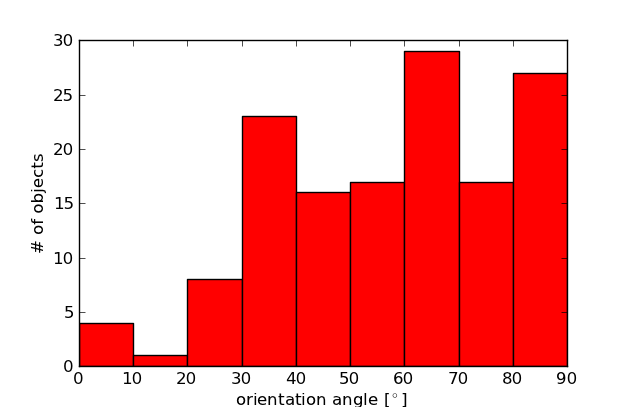 Why there is this distribution of orientation?

The angular momentum scenario is nice but far to simple: star formation occurs in gas clouds in the interstellar medium, and these clouds are known to be turbulent (Larson, 1981). Turbulence simply disrupts the gas, and is dominent over the global angular momentum of the cloud. Actually, you can even test that with numerical simulations of star formation: put an initial angular momentum consistent with observations, and some turbulence (subsonic or slightly supersonic, also in accordance to observations), and you will get a misalignement of the rotation axis, due to turbulence.

The tilt of our solar system (or any star system) is determined by the net angular momentum of the gas cloud from which it formed. This might be a bit of a vague answer, but over time, the formation of stars and their respective planets is thought to look something like this: 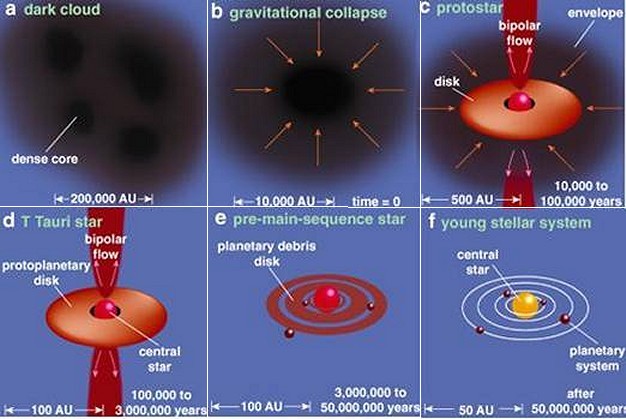 Other influences (net forces: maybe nearby massive objects, or other components of the galaxy) on the tilt of the plane of a stellar system could certainly cause a precession of its axis with time. As an example of this see the precession of a gyroscope.

It would be really interesting to know the distribution of angles between the plane of the galaxy and the plane of stellar systems, though I'd bet that many of them are simply aligned with the disk itself.

Not the answer you're looking for? Browse other questions tagged galaxy solar-system inclination or ask your own question.

17
How many planetary systems exist in our galaxy?
17
What reason is there to doubt the existence of the hypothesised planet Tyche in the far distant solar system?
5
What is the direction of the movement of the solar system in relation to the galaxy's plane
6
How can a planet have a 90° inclination?
4
What is the escape velocity of our Galaxy relative to?
3
does the orientation of orbital plane of our solar system rotate with the galaxy
5
Can we detect the wobble of neighbouring stars around their barycenters?
3
The Solar System formation
4
Why were two galaxies named "The Sagittarius Galaxy"? Is this common?
4
Observing the motion of the solar system and galaxy through space?