How does a gravity slingshot actually work?

From what I know of elliptical orbits, an object speeds up near the periapsis and slows down at the apoapsis, much like we learned in high school physics how a sphere would roll down and back up a valley in a frictionless vacuum: The height is inversely proportional to the speed.

The "gravity slingshot" maneuver we've seen in sci-fi and even used by our own spacecraft relies on the physics of hyperbolic orbits, where an object both enters and exits the orbit before making a single lap around the planet/moon/etc. Since gravity pushes the craft toward that body both while they're heading towards and away from it, shouldn't the craft's velocity be the same at (for example) 1 megameter before the periapsis as 1 megameter after? If so, then the gravity slingshot maneuver should only have the end purpose of redirecting the craft's trajectory, not of increasing its speed, as the name implies.

My understanding in a simple diagram: 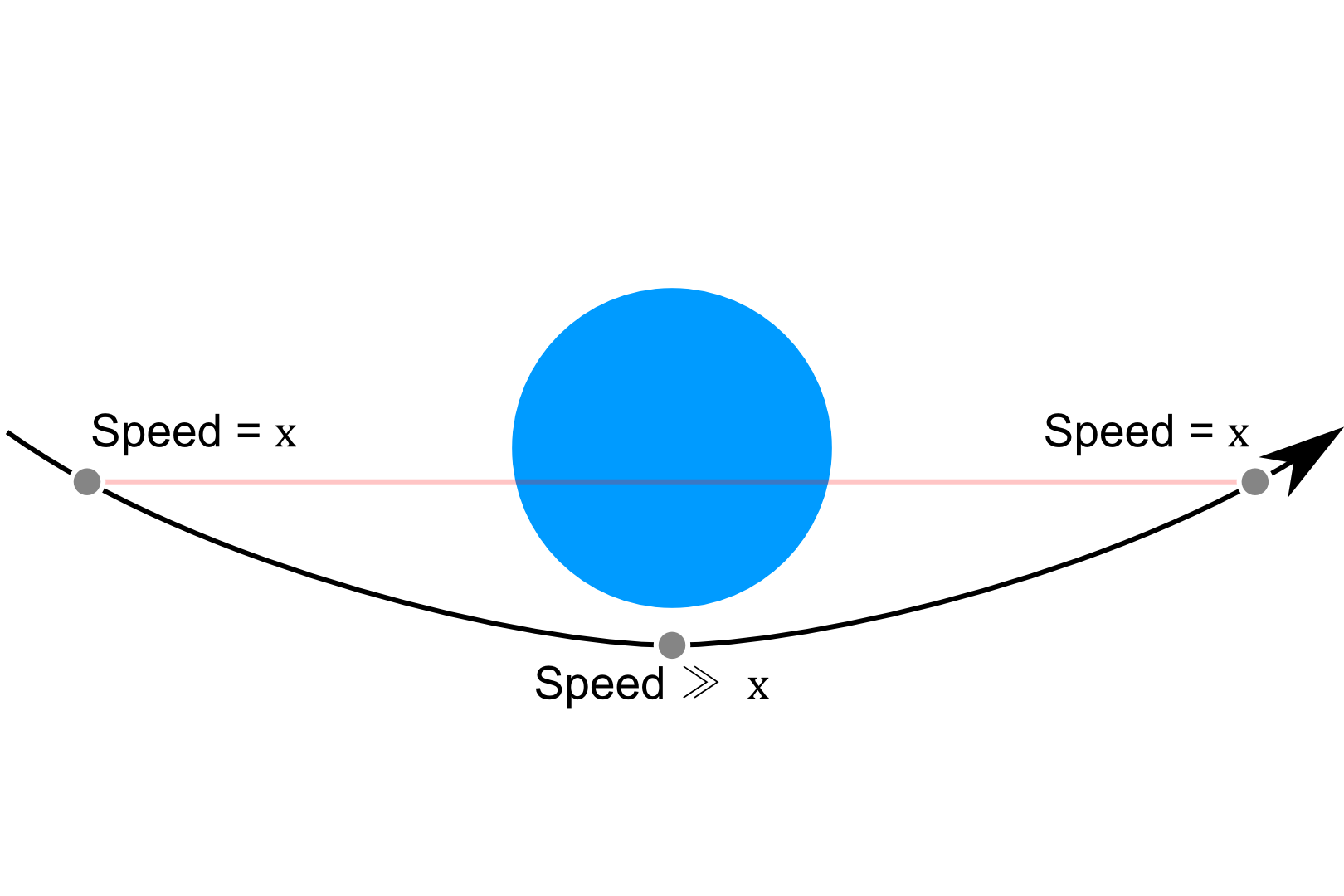 Here's an intuitive understanding without math or physics explanations (others will provide that stuff here):

You are right that approaching and leaving the vicinity of a planet in itself adds up to zero effect. Gravity assist is the effect of being "dragged along" with the movement of the planet. If a spaceship approaches the planet from behind in its orbit, it will be dragged along and accelerated. If a spaceship approaches from infront of the planet in its orbit, the spaceship will slow down as the moving gravity field of the meeting planet pulls it backwards.

The diagram is in the rest frame of the planet. Now suppose a spacecraft is slowing down in the frame of the solar system. A planet is nearby, so it now starts accelerating due to its gravity and gains speed. Now, this speed increase is added to some component of the speed of the planet's motion when it comes out on the other side (this added component can be changed by changing the angle from which it approaches the planet, in order to maximize the slingshot effect). Once out of the planet's influence, the spacecraft has the same velocity as before, plus a component of the planet's motion, which allows it to travel farther out. This is the slingshot effect.

Trying to look at this in another way, consider the angular momentum of the spacecraft. As long as it is only under sun's gravitational influence, its angular momentum cannot change. However, once it's under the influence of another planet, the two angular momenta - one w.r.t. the sun and one w.r.t. the planet (due to their relative motion) - add, and once out of the gravitational influence of the planet, their relative components can be adjusted (based on the angle of approach towards the planet and the angle at which it flies away after the slingshot) in order to increase the angular momentum w.r.t. the sun, which in turn puts it in a larger orbit, allowing it to travel farther away than before.

You are correct that an hyperbola's outgoing speed is the same as the incoming speed with regard to the body lieing at hyperbola's focus. The direction is changed.

But with regard to another body, the change of direction can mean a change of speed.

Here is a diagram of how the moon might be employed in the capture of an asteroid to reduce it's hyperbolic orbit with regard to the earth to a capture orbit about the earth: 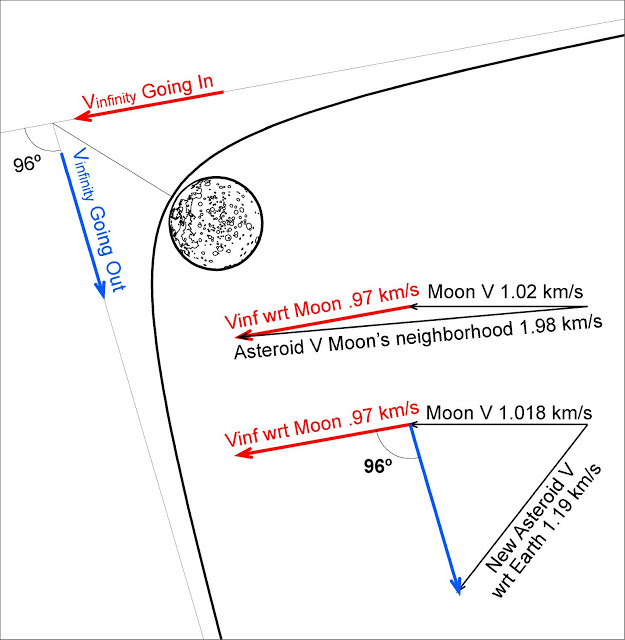 Not the answer you're looking for? Browse other questions tagged orbit gravity astrophysics .