The face of the moon at moonset

It appears that the face of the moon "rotates" clockwise from the time the moon rises to the time it sets. Tycho's crater seems more to the left and the "Rabbits head" looks like it's facing down more.

I know that is not actually the case but I am having trouble visualizing why this appears so. Can anyone explain?

Actually, it is rotating relative to your perspective. (The other answer relating to liberation occurs over a longer period of time).

Here is a simulation from Sky Safari for later tonight (moonrise) and tomorrow (moonset) for my location. Note how the angle of the lit hemisphere rotates between the pictures: 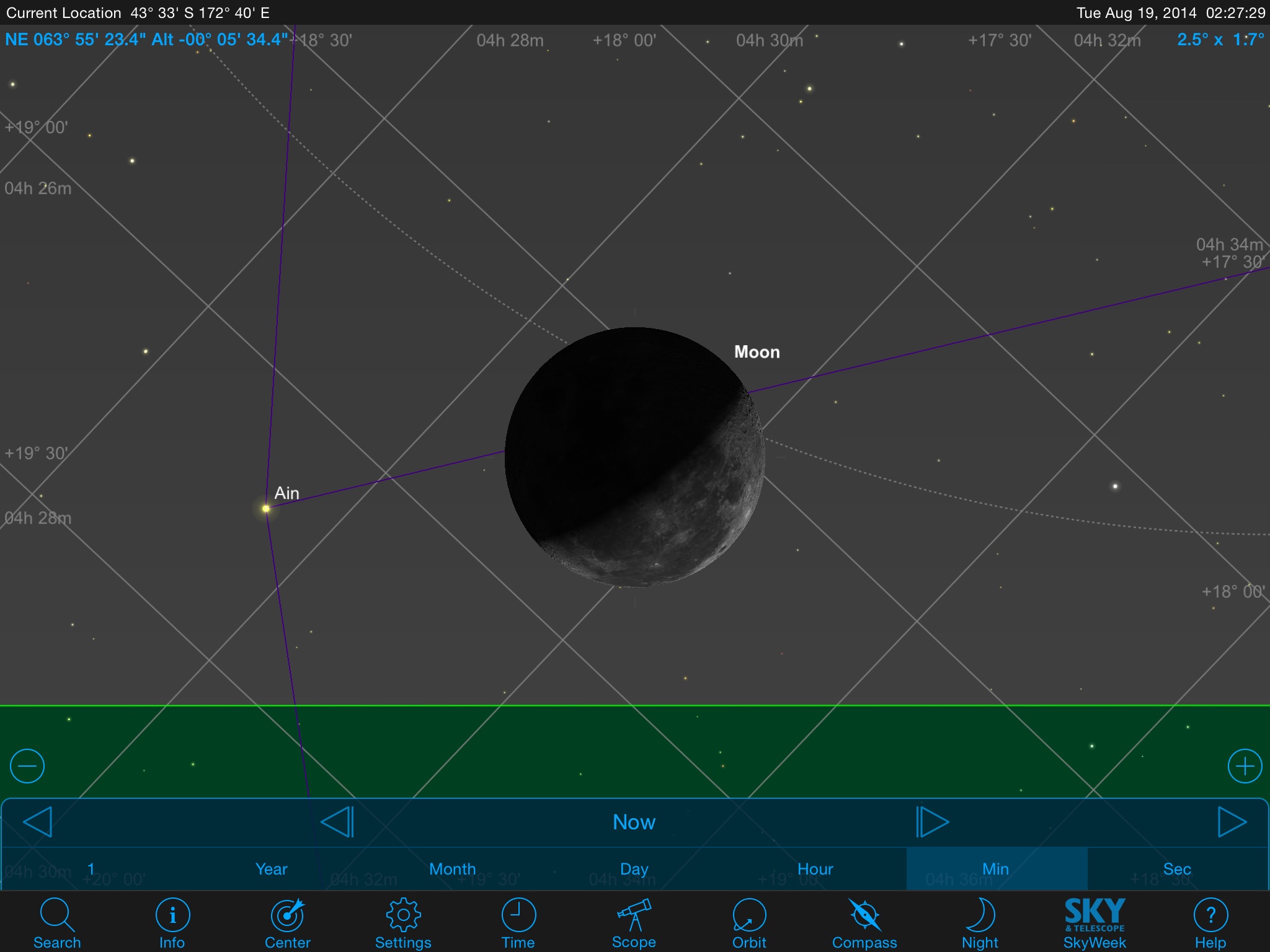 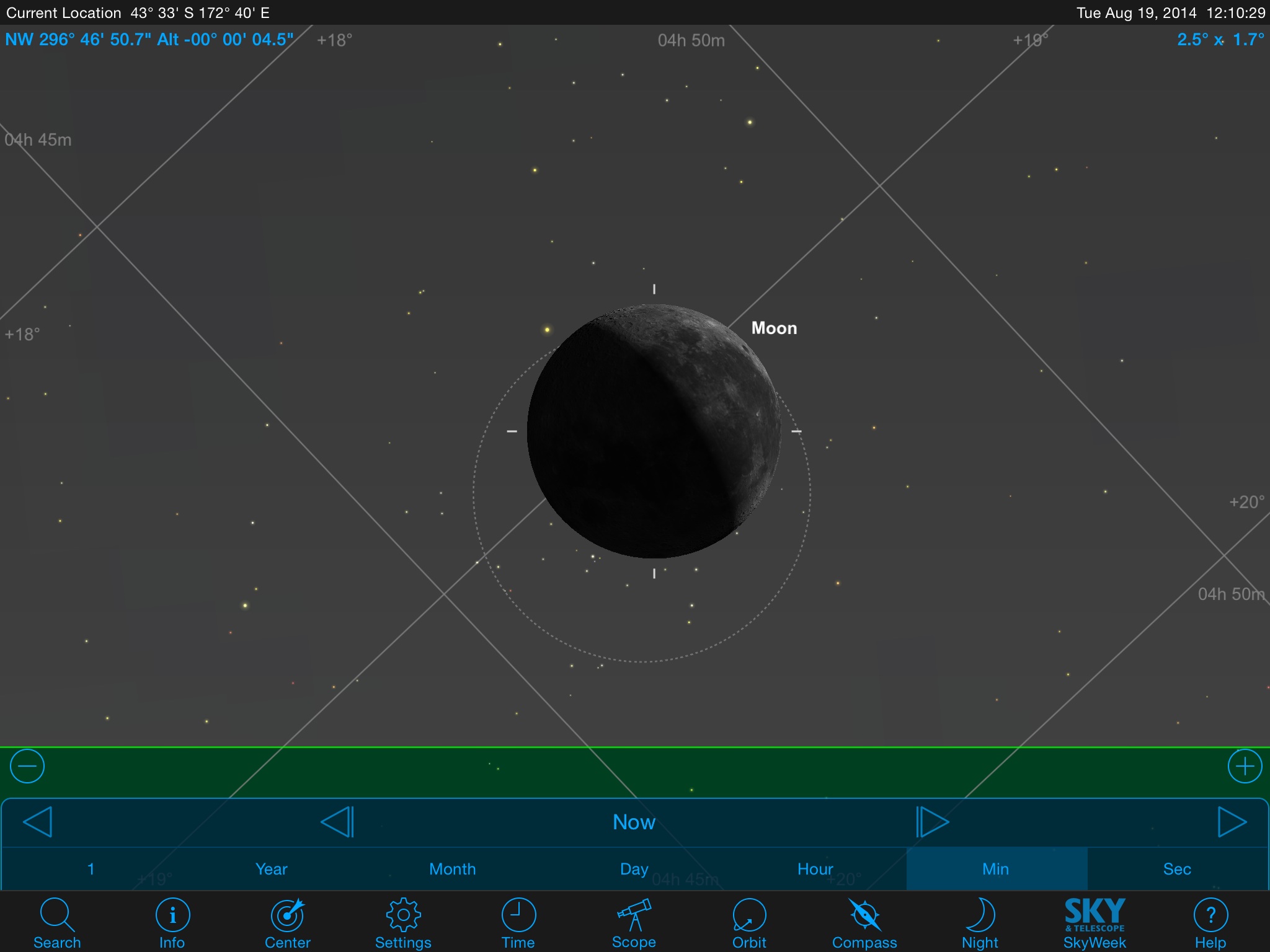 It looks like this for me because I am at 43 south. If I was at the equator, the moon would appear to have rotated 180 as it travelled from horizon to horizon.

It is easier to think about on the equator. Say the moon rises, and you consider the bit at the top to be "up". It continues on up, right over your head, and down to the horizon... But on the way down, the "up" side of the moon is now looking down. It was "up" until the zenith, but then it is "down" all the way to the horizon. It doesn't rotate at all, but the result is a 180 degree flip in appearance from horizon to horizon.

Or consider the perspective at a pole, while the moon is up. The moon travels right around the sky, always facing the same direction, with no apparent rotation (and while it is up, no moonrise or moonset, it is up all day).

Latitudes in between see an in-between effect; some apparent rotation of the moon between moonrise and moonset.

6
Formulas to determine the illuminated phase and orientation of the Moon
14
Why does the darkening of the Moon go from left-to-right during an eclipse?
4
Different full moon face on different places on Earth same time
4
Moonrise after sunrise but moonset before sunset?
3
Determining moonset time from Nautical Almanac
24
Why is the Moon's orbit so complicated?
2
Does the Sun and Moon basically appear to "move on the sky" identically regardless of location and date?