I saw something very strange last night that I'm hoping someone can help me explain. I was sitting on my roof with a night-cap at about 3am last night. The moon, about the last quarter, was low in the sky in the east. Something truly strange happened. The moon started to disappear. There were clouds in the sky, but it wasn't this, I'm quite sure. The moon was being eclipsed. The dark part (at the top of the moon, as the moon was lying on its back - a sailor moon? That's what it looked like, like you could sit in it.) grew, the crescent closed, until it was just a spot of cream colored light and then winked out entirely.

I was a bit amazed - I'd stumbled onto my roof in the dead of the night and by complete chance witnessed a total lunar eclipse? I sat there in awe, staring. That's when the moon started to reappear, in the reverse procedure as its disappearance. Becoming a gleaming point of light, then a thin crescent, then the quarter moon which I suppose is what it is "supposed to look like."

AND THEN IT HAPPENED AGAIN. The moon was eclipsed and revealed again.

Both times the whole process took about 6-10 minutes. I'm not sure if this cycling continued, it was late and I had to sleep. I checked the NASA site for eclipses for my time and location, but no.

Has anyone ever seen anything like this, or have any plausible explanation as to what is going on here? 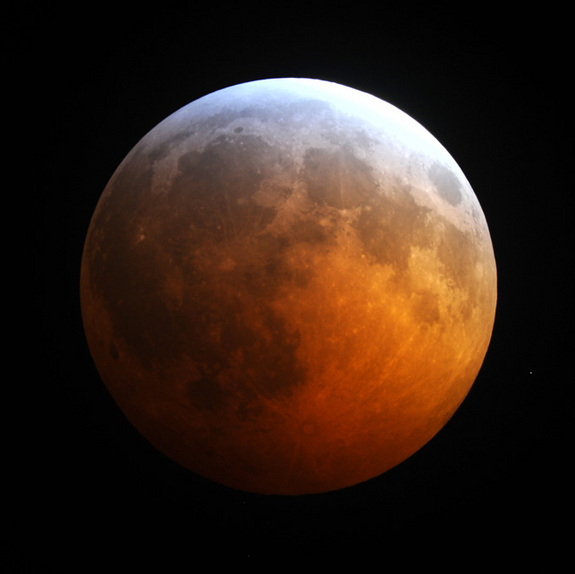 Not the answer you're looking for? Browse other questions tagged the-moon lunar-eclipse .

25
What is the formula to predict lunar and solar eclipses accurately?
6
Formulas to determine the illuminated phase and orientation of the Moon
10
Red Moon a Characteristic of all Total Lunar Eclipses?
6
Red cresent moon
6
moonless night and lunar phase
3
When will solar eclipses become lunar transits?
6
Are red moons possible without eclipses or smoke from fires?
2
How to explain this elongation frequency diagram between the Sun and the Moon