How much oxygen did the Warwick/Cambridge study find in the rocky debris around white dwarf GD 61?

There are several articles out saying that a Warwick/Cambridge study of ultraviolet spectroscopy data from the Cosmic Origins Spectrograph on the Hubble Space Telescope found a large amount of oxygen in rocky debris around the white dwarf GD 61. They say that this amount of oxygen is indicative of a larger mass (asteroid), that was once composed of the rocky debris, which was 26% water. 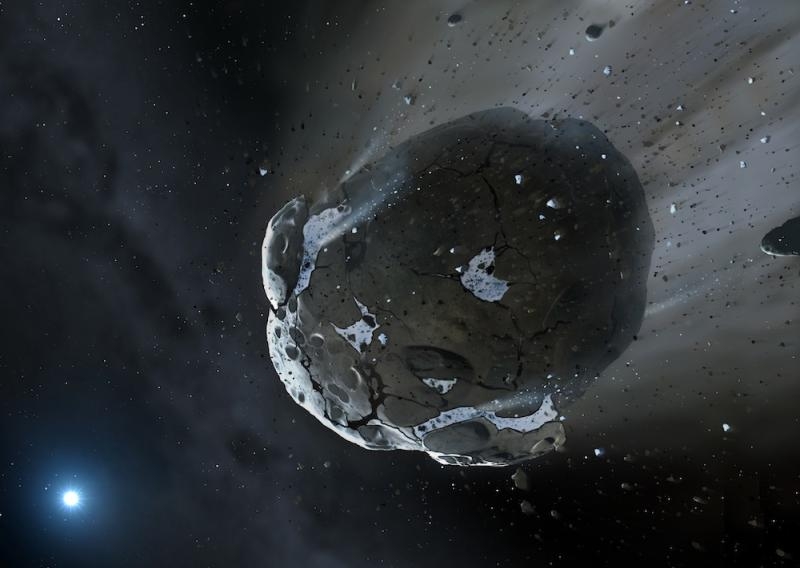 What I cannot seem to find is how much oxygen the spectroscopic examination found. Also, what methods did they use to determine how much water there would have been based on the level of oxygen?

In Farihi et al. (2013) (it's a Science paper, unfortunately I'm not sure its content is freely accessible), they actually measured metal excess in the white dwarf GD 61 (for an astronomer, everything that is nor hydrogen neither helium is a metal). Due to high surface gravity in white dwarfs, any heavy element should sink rapidely in its atmosphere; therefore, they infer that, if you find traces of metals, it means that it comes from accreted material, "polluting" its atmosphere.

Now, what they did was to measure abundances (or upper limit for their abundance) for a bunch of chemical elements (O, Mg, Al, Si, Ca, Fe) and carbon. Then, they could infer different things to determine the total oxygen budget:

That's how they were able to determine this water abundance in debris around the white dwarf GD 61.

Not the answer you're looking for? Browse other questions tagged water spectrometry or ask your own question.