Milky way: How do we know its appearance? [duplicate]

Ask Question
Asked 6 years, 7 months ago
Active 6 years, 6 months ago
Viewed 432 times
3
$\begingroup$
This question already has answers here:
How can we tell that the Milky Way is a spiral galaxy? (4 answers)
Closed 6 years ago.

How can we know how does the Milky Way look like if we are in it? Sorry if the answer is evident, I am not an expert.

There are lots of reasons. First of all because we can see that a typical galaxy is a spiral galaxy and we seem to live somewhere pretty typical.

Secondly because we can see the arms of the spiral through close examination of the Milky Way (ie the band in the sky) - through stellar distances and measurements of hydrogen cloud red shifts and so on.

But you your question is a perfectly good one because, ultimately, we are guessing a bit as we cannot see the galaxy from anywhere other than one vantage point.

Measure the distance to a star and its direction, and plot it based on these numbers in a 3D plot. Repeat for a gazillion other stars.

From its appearance in the sky we can already infer that the Milky Way is rather flat; most stars (and gas clouds) can be found in a rather narrow band in the sky. That the Milky Way is a spiral galaxy is something you can't see with the naked eye (nor with a telescope), but it's something you can derive from the 3D model.
The 3D model also tells us where the sun is in the Milky Way: there are far more stars in one direction than the other, and the former ones are also farther way. This way we know we're about 2/3 from the center of the galaxy.

Milky Way is a young galaxy, filled with neutral hydrogen along its arms. This hydrogen can undergo state transition, a rare event, which is compensated by the huge amount of hydrogen itself, i.e., even if this transition is rare it is still strong because a large amount of atoms can exhibit it. The basics of this transition is explained by quantum physics through state-change in the energy levels of the hydrogen atoms, and can be summarized in the following picture: 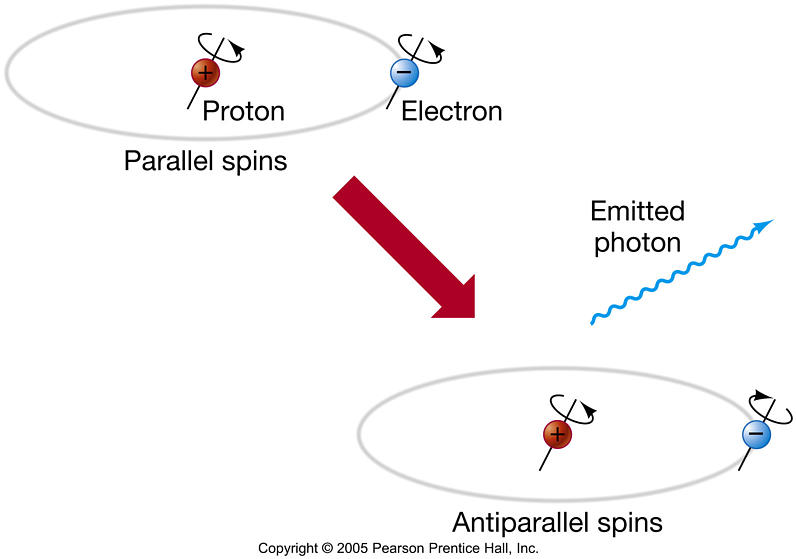 The electron in the atom transits from a level with parallel spin (with respect to the nuclear proton), to the lower state, where the electron spin is antiparallel. When this happens, the atom emits a photon, known as the 21 cm radiation, or hydrogen line. This line falls into the radio domain, which can be observed by radio telescopes.

Since this radiation comes from rotating arms, doppler shift of the line can trace the distance of the emitter region.

And voilà, you have your map.

EDIT: ops, I missed the previous links where the answer was already given.