Why has Venus's atmosphere not been stripped away by solar wind?

This answer on Space Exploration to a question about Mars says that one reason Mars has such a thin atmosphere is because it lacks a magnetic field to protect it from the effect of double solar winds.

Here MBR explains that Venus does not have a magnetic field. 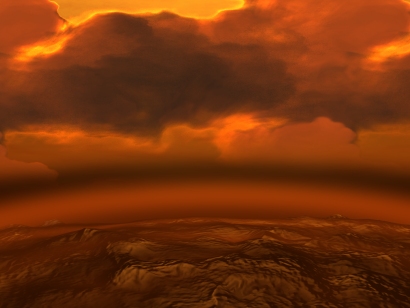 If this is the case, then why has Venus's atmosphere not been stripped away by solar wind like that of Mars?

Venus atmosphere is thick enough to have a consequent ionosphere, that would be the difference between Mars and Venus (and Venus was able to keep a thicker atmosphere due to its greater mass, contrary to Mars).

A major factor, is that Venus' volcanoes are still active. Mars's died millions of years ago. If they were still erupting, then Mars' atmosphere would be much thicker today.

Edit: This may actually be true as referenced by a paper published July 20 2020 cited below.

Not the answer you're looking for? Browse other questions tagged planetary-atmosphere magnetic-field venus solar-wind .

3
How do solar winds affect the atmospheric composition and density of planets?
8
Mars vs Venus: the retention of atmospheres in relationship to Earth
4
What could possibly save an atmosphere other than a magnetic field? Why can't a magnetic field save the atmosphere in certain cases?
6
If water vapor is always blown away into space, how is it able to create chemical compounds on Venus?
5
Solar wind, Earth wind and planetary winds?
7
Has Hubble photographed Venus in near IR? If so how does it compare to the new and exciting Parker Solar Probe image?
1
Could a magnetosphere be created for Venus by recreated by spinning-up the planet to a 24 hour day?