How exactly is our universe mapped?

Watching this youtube video shows that our planet is nothing more than dust in the wind.

At the 2:50 mark in the video, you will see a view of the whole Milky Way. At the bottom you will see this text

Which means if we travel at light speed we need 100,000 years to go far from the Milky Way.

If nothing can travel faster than light, and if it takes 100,000 years to go far from the Milky Way at light speed

The simple answer is that light from the distant parts of the Milky Way Galaxy have already been traveling for that amount of time. Because light does not travel instantaneously through space, we are seeing the galaxy not as it is now, but as it was 100,000 (or so) years ago.

Incidentally, this is also how we are able to see back to earlier moments of the universe's history. In terms of distance, the further we look, the longer light would have had to leave in order to reach us today.

The universe did have a beginning (at least in the sense of having an earliest time). Because the universe is not infinitely old, there is actually a limit to how far we can see back into the universe's history (see: Cosmological horizon). We are able to make maps of the universe, like this one from SDSS: 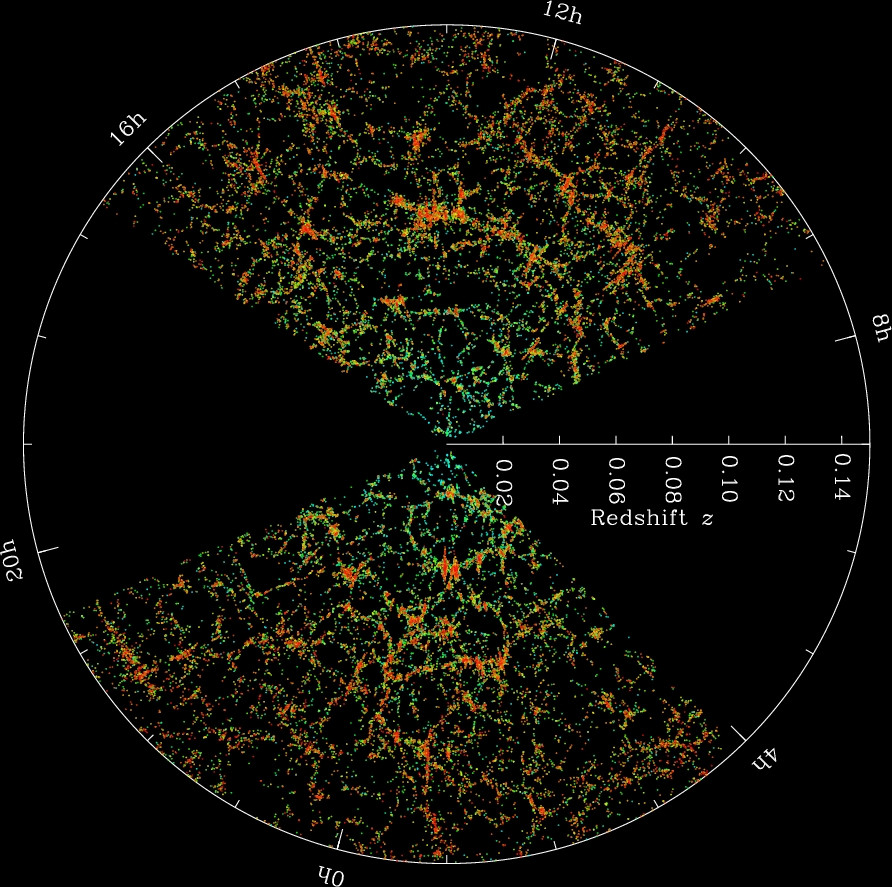 by running what's known as a survey. These are large projects which maps out the positions (and potentially other properties, depending on what their science goals are) of galaxies in the universe. How you should look at this picture is the following: 1) You're at the center of the image, 2) Each point in the picture represents an individual galaxy, 3) Distance from the observer, the redshift of a galaxy, increases with increasing distance from the center, and 4) as you travel around the circle in angle, you're sweeping through the right ascension coordinate of the celestial coordinate system (think longitude). You're seeing a pizza slice instead of a sphere because this is a particular slice in declination (lattitude). As you look to higher redshifts, you are looking further back into time, and earlier into the universe's history. This is how astronomers/cosmologists can say something statistically about models of structure formation of the universe (how objects like galaxies, and clusters of galaxies came to be).

The problem with looking at galaxies at very high redshifts is that they become very faint. At a certain point, you need more powerful telescopes to continue looking further back in time. Though, we can get around this somewhat by looking at the radiation component of the universe at microwave wavelengths (most surveys are in the optical region of the electro-magnetic spectrum). This radiation is called the cosmic microwave background radiation (CMB), and can also be mapped out (see: COBE,WMAP, and most recently Planck satellites). 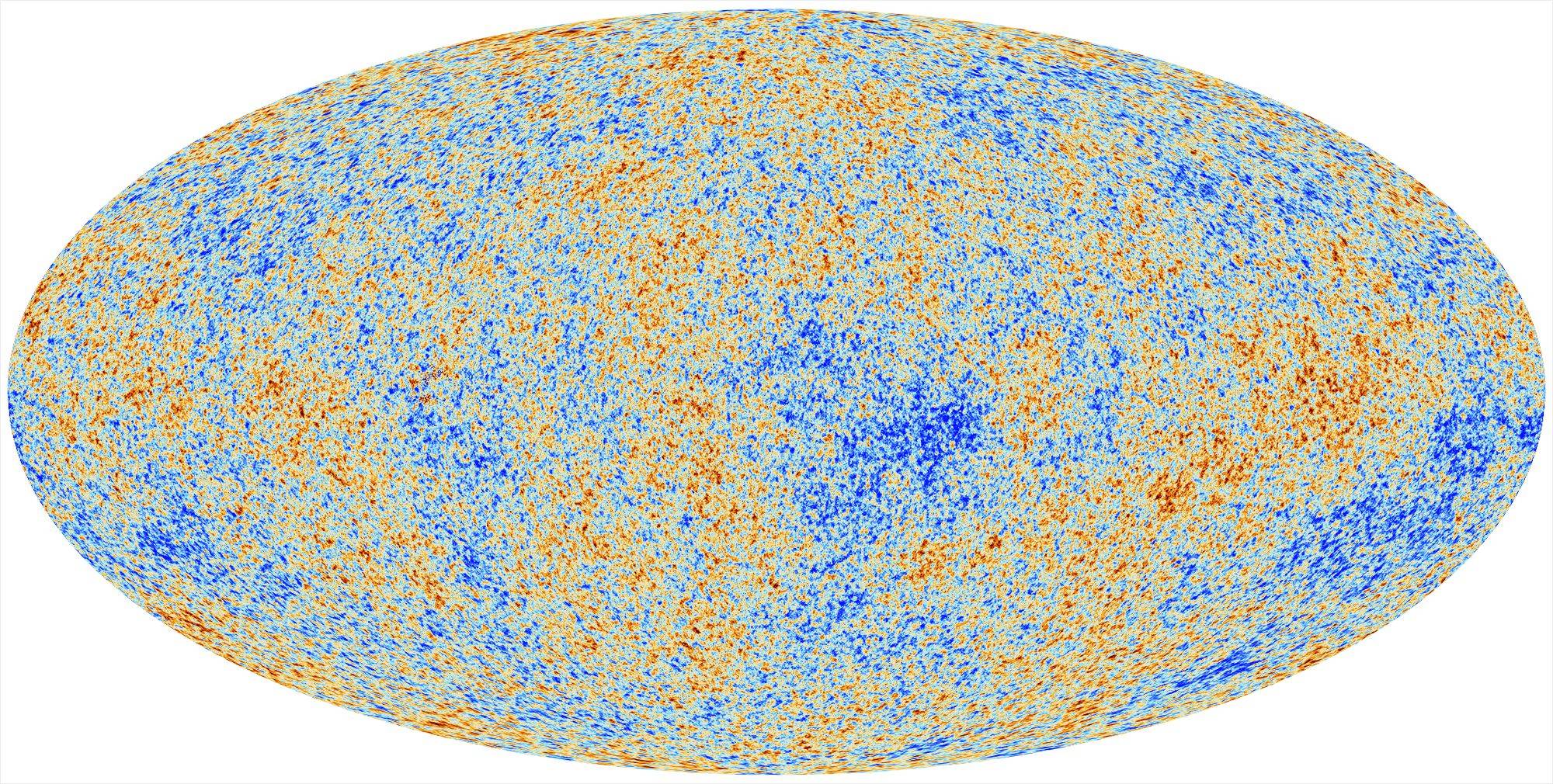 That's the part of the universe that is visible to us right now. In other words, we map it from light we receive from that zone right now, so the part being mapped is actually many, many years old.

Usually this doesn't make a big difference because we're careful to analyze regions where the variation in the time of viewing is not large compared to the length scale.

Actually, from the relativity point of view, it's almost as good as the faraway bodies being in the state they were billions of years ago as far as we are concerned. From our reference frame, they may have a "future" (really, the "present", but calling it that gets a bit icky) but we just have no way of knowing it.

26
Why is the observable Universe larger than its age would suggest?
3
Is time itself speeding up universally?
3
How do we know the current state of the universe by observing it from Earth?
2
Is our universe flat?
3
Light beam (1 photon) in the limited universe?
1
If objects don't move when the universe expands, how can the expansion result in redshift?
2
What is the shape of Universe?
3
Density of stars on celestial sphere