Is Zeta Reticuli within the Orion Arm?

My research has told me astronomers have labeled the galaxy arm that our system is located the Orion Arm but I have yet to find out if that also applies to Zeta Reticuli or not (not asking about aliens or anything, just trying to get my locations straight).

While I can't quite track down the source of this image, I've found it throughout the web, so hopefully it's roughly accurate. I'm pulling it from the Wikipedia article on the Orion Arm. 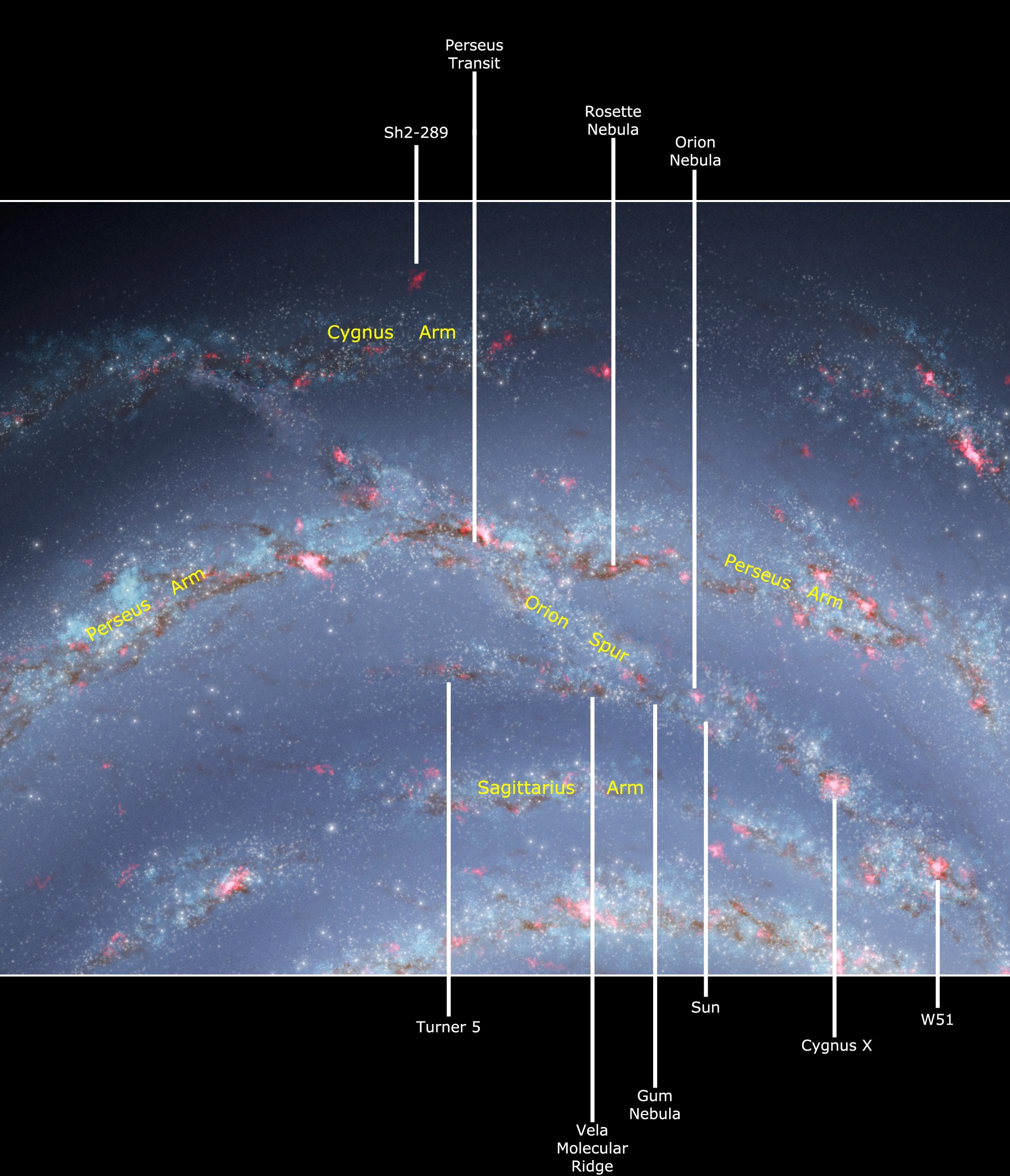 In this image you can also see the Orion Nebula sitting (relatively) cozily to the Sun. The distance between the two is believed to be around 1350 light years. Zeta Reticuli, on the other hand, is believed to be a mere 39 light years from Earth. Given the orientation of these two locations and the relative distances, it would be hard to place Zeta Reticuli anywhere but firmly within the Orion Arm.

Not exactly rock solid evidence, but sometimes some back of the envelope deduction will do.

The Orion Arm is somewhat loosely defined (and many astronomers do not regard it as a proper spiral arm of the galaxy, merely a spur or some other minor feature). But at the very least this neighbourhood is hundreds of light-years across.

The Zeta Reticuli system is about 39.9 light-year away. So it is in the arm.

19
Our galaxy, the Milky Way, forms part of a galaxy group called The Local Group. What are the parameters that dictate what a galaxy group is?
8
Are there are any photographs online that approximate what the Milky Way looks like to the unaided eye?
4
Which spiral arm of the Milky Way is Kepler-62 in?
10
When will the Milky Way "arrive" at the Great Attractor, and what all happen then?
11
Do we know if we are overtaking or falling behind our arm?
8
How did the object CO-0.40-0.22 get its name, and how is it distinct from CO-0.40-0.22*?
6
Does the Milky Way belong to a Galaxy cluster
5
How many horizontal branch stars are within 2 kpc of the sun?
4
How many supernovae events are on their way from within the Milky Way?
2
What is the closest galaxy?