Is Earth's orbital eccentricity enough to cause even minor seasons, without axial tilt?

I was reading the answers to this question about an exoplanet having seasons without axial tilt, and several responders mention that orbital eccentricity could cause a similar effect, but that the orbit would need to be "very eccentric," as opposed to Earth's, which is "very close to circular."

If the Earth had no axial tilt at all, would its eccentricity be high enough to have any discernible effect for the inhabitants? Even if it didn't cause major shifts in temperature, would it be enough for pre-scientific people to track the passing of years?

Very cool question. I want to get into a little bit of detail here because otherwise there would be a one-paragraph answer, and I don't think that would cut it. So here goes.

We would certainly have "seasons" if there was no axial tilt, but they most likely would not be dramatic. As Wikipedia says

Because of the increased distance at aphelion, only 93.55% of the solar radiation from the Sun falls on a given area of land as does at perihelion.

But on this page, it says

Orbital eccentricity can influence temperatures, but on Earth, this effect is small and is more than counteracted by other factors; research shows that the Earth as a whole is actually slightly warmer when farther from the sun. This is because the northern hemisphere has more land than the southern, and land warms more readily than sea.

So more land means that the planet can absorb heat better, which counteracts the change in distance.

But I think that's pretty boring. Don't you? So let's calculate how eccentric Earth's orbit would have to be for it to have seasons without axial tilt. From the chart here we can see that the highest average hemispherical temperature is 22 degrees Celsius, while the lowest is 8 degrees Celsius. 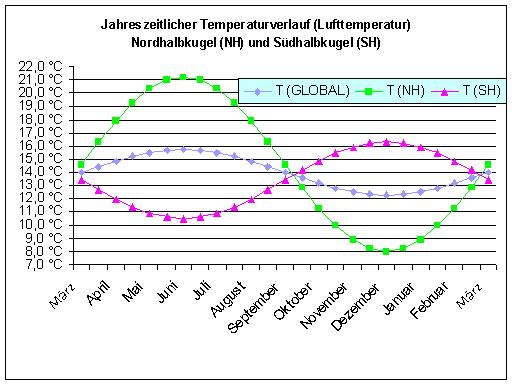 What about other planets?

There's a steady downward trend as we get further away from the Sun (Venus is an exception because of its runaway greenhouse effect). For Earth, the average surface temperature is 287 K (15 degrees C). So our maximum would be 295 K and our minimum would be about 281 K (Kelvin = Celsius + 273). Compare that to the other planets.

I made a graph, which unfortunately I cannot paste here, that shows that to have a surface temperature of 295 K, the planet would have to be - well, not much closer than we are. Relatively, that is. Roughly 0.975 AU from the star. To have a surface temperature of 281 K, it would have to be at 1.05 AU from the star. This neglects, by the way, the different levels of land/sea absorption.

So, actually, if the Earth's orbit had an eccentricity of about 0.35, it could have some moderate seasons.

Note: I used this eccentricity calculator for the sake of accuracy and time. I would still be obliged if anyone could check my overall calculations for this answer.

Not the answer you're looking for? Browse other questions tagged orbit rotation weather .

0
Seasonal effect based on Earth position
14
Would an exoplanet without axial tilt have no seasons?

14
Would an exoplanet without axial tilt have no seasons?
23
When did people first measure that the Earth was closest to the Sun during January?