What is Gravitational Lensing?

What is the effect known as gravitational lensing? How does it work? What objects would be able to cause this effect?

Gravitational lensing is the effect that large amounts of gravity have on the path of light. Here's an example of the effect:

Gravitational lensing is the bending of light by massive objects in between the observer (us), and a background source of light. It is a direct prediction of Einstein's theory of General Relativity, and was tested and confirmed by Sir Aurther Eddington during the famous Solar exlipse of May 29, 1919, where the apparent position of a star very close to the sun was observed at a different location - the exact position was successfully predicted by GR. 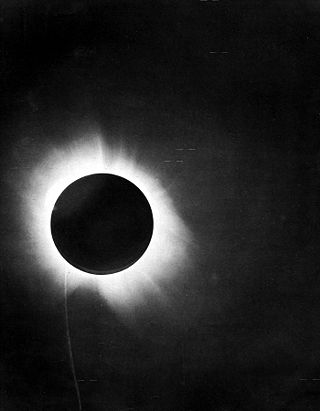 There are many situations which can give rise to gravitational lensing. These regimes are: 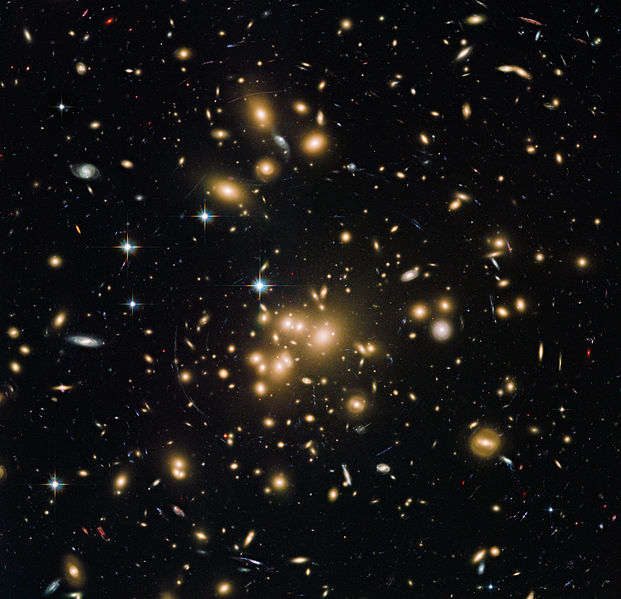 Weak gravitational lensing occurs much more frequently than strong lensing. Lenses can be clusters (in their outer regions), individual galaxies, or even large scale structure in the universe. Weak lensing is not a noticeable effect by eye, rather, it has to be done statistically. Ellipticities of a field of background galaxies are observed on a grid, and are statistically averaged together to create the weak lensing signal. Shape distortions of these background galaxies due to lensing are on the percent scale. One important assumption is made, however, and that is that galaxies' isophotes (lines of constant light) are elliptical, and their orientations are completely random. With that, any net tangential shearing produced is due to gravitational lensing. In the image below (from upper left to bottom right), the upper left frame shows an unlensed field of circular galaxies, and to its immediate right shows the effect of lensing. The image in the bottom right has added shape noise (a 'realistic' field of background galaxies), and to its right is how the field would lens. 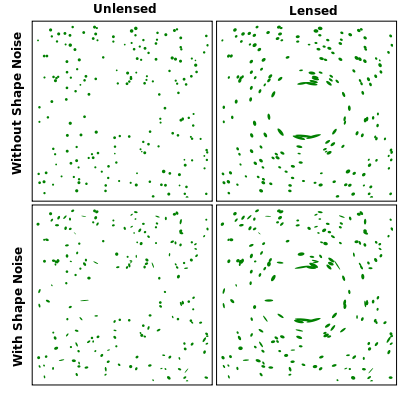 Lastly, higher order shape distortion effects, most notably Flexion, can produce the extended galaxy sources to not only shear, but to flex. This is currently a tough thing to measure.

Microlensing is a regime of lensing which is most common on the scale of the Milky Way galaxy. This can occur when background stars pass behind foreground stars. Microlensing is actually strong enough to produce multiple images of the background star, but since the image separations are so small (micro-arcsecond scale - hence the name), what we observe (since an angular resolution of a micro-arcsecond is tough to achieve) is a change in the flux as the object moves into and out of alignment with the intermediate massive object. Interestingly, microlensing has actually proven useful in detecting planets around stellar lensing systems. 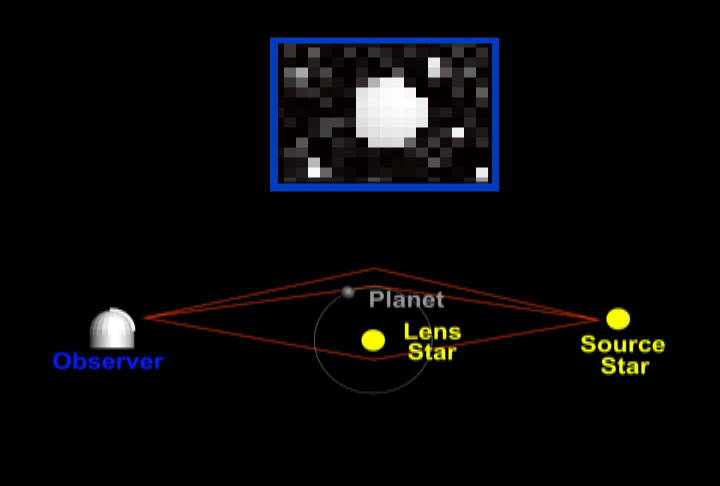 A diagram summarising this effect is below:

One star passes in front of another from our perspective. Instead of just blocking the light from the distant star, the light from the distant star that was previously directed to one side, the other side, above, below, - in fact all around the other star - is now bent by the influence of gravity from the nearby star on the photons. As a result, more photons end up heading our way than there were before.

What objects would cause this effect? A massive object passing in front of a star.

Not the answer you're looking for? Browse other questions tagged light gravity or ask your own question.

10
What is the scale of things you can see with gravitational lensing?