How tall are the “fractured” linear structures on Europa's surface?

What are the altitude differences in the high resolution part of this image of Europa? 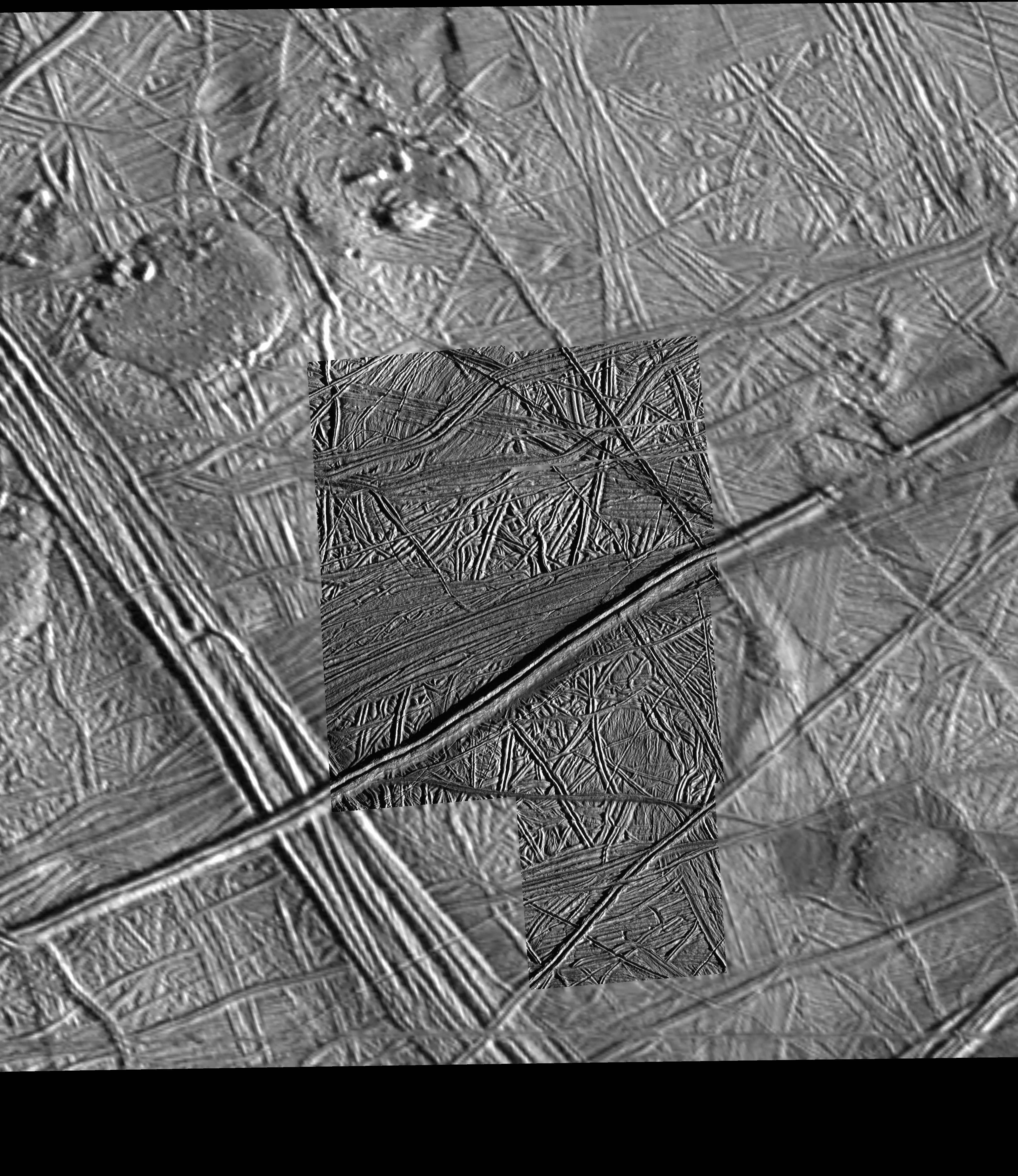 How high do those ridges rise over their neighboring valleys? And how large is the area shown in this image?

And are the craters believed to have been formed by impacts or some kind of "eruptions" from below? It looks to me as if the areas which have the most (tiny) craters is on top of and thus newer than the less cratered areas. Well, here and there anyway.

Apparently they have been inferred to be "220 meters". See the references in:

Not the answer you're looking for? Browse other questions tagged photography europa galileo-probe or ask your own question.

17
How are the photos of the Milky Way taken?
8
What are the last images from the Galileo orbiter before impacting Jupiter?
2
How are the gaps filled in images captured by CCD arrays?
5
Are all the photos of the universe really so colorful or is it just visual effects that are added later?
5
Why does Kepler's “Big Picture” of comet 67P look so strange? And what is the significance?
3
How are space telescopes stabilised to a perfect standstill?
2
How thick is the ice on Europa?
16
Is the water underneath Europa's ice cap potable?
7
Has Hubble photographed Venus in near IR? If so how does it compare to the new and exciting Parker Solar Probe image?