Can A Black Hole Exist?

In 1939, Robert Oppenheimer and other concluded that a certain neutron stars could collapse to black holes and no known law of physics would intervene. As far as I can tell, there is no observational data that shows that an event horizon of a black hole exists.

So, can an event horizon even "exist" in the first place, if "existing" means within the bounds of any moment after the big bang and before an infinite amount of time from any point within the universe.

It seems that the existence of black holes seems to be well accepted, however faster than than light travel does not under the current understanding of the physics of relativity.

There is evidence that both black holes and their event horizons exist.

The primary evidence for stellar-mass black holes arises from observations of the dynamics of binary systems. What has been found, for at least 20 binary systems, is that the optically visible star has a dark companion, that is usually more massive, and more massive than can possibly be supported as a neutron star or any other degenerate configuration ($>3M_{\odot}$ and mostly $>5M_{\odot}$ - see Narayan & McClintock (2014) for an excellent, accessible review).

Supermassive black holes at the centres of galaxies can also be "weighed" using the dynamics of gas, or in the case of our Galaxy, actually watching the stars orbiting something that must have a mass of $4.4\times10^{6}M_{\odot}$, yet is remarkably compact and emits little or no radiation.

The evidence for event horizons is more circumstantial, but not absent. In any case, absence of evidence would not be evidence of absence - event horizons are difficult to prove; they are small and far away, with elusive observational signatures. The lack of an event horizon could only be accommodated by inventing something even more bizarre than a black hole.

The most compelling argument for an event horizon is found in sources that accrete from their surroundings, either in a binary system or at the centres of galaxies (see Narayan & McClintock 2008; read particularly section 4). In some circumstances, the accretion flow can become radiatively inefficient (dark), in which case one expects that if the accretion flow reaches a "surface", it will radiate its kinetic energy strongly as it thermalises on impact. On the other hand, a black hole event horizon can swallow such flows without trace. The prediction is, that in their low-states, transient black hole accretors will be much less luminous than their neutron star counterparts, and this is what is found (by a factor of 100).

Other evidence is that quiescent neutron star binaries show hot, thermal emission, presumed to be from the neutron star surface. None has been seen from the black hole binaries. Type I X-ray bursts are seen in neutron star binaries, caused by an accumulation of matter and subsequent nuclear ignition on their surface. The black hole candidates do not show these bursts. The accretion rate onto the supermassive black hole in the centre of the Galaxy should produce thermal radiation at any "surface" that would be quite visible in the infrared part of the spectrum. No such detection has been made.

All of these observations are best explained if the black hole has no surface and can simply make the accreted energy "disappear" inside its event horizon. Narayan & McClintock conclude that these lines of evidence are "impervious to counterarguments that invoke strong gravity or exotic stars".

Since this question was asked, we have observed the shadow of a black hole and its accretion disk, and it behaves the way our models predicted. 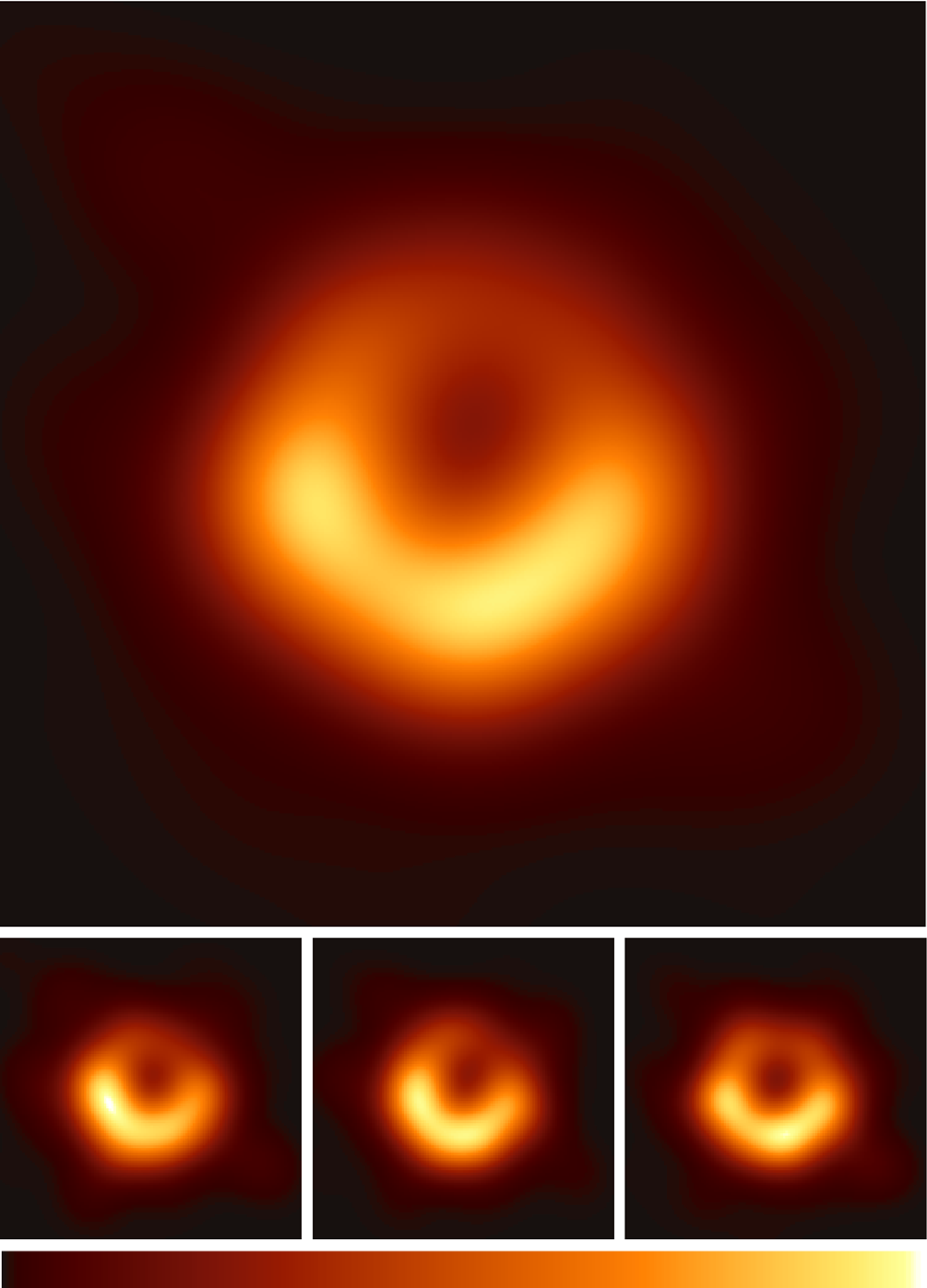 As such, it would seem that black holes and their event horizons do exist.

0
How can a black hole ever form?