Can magnetism escape a black hole?

A couple things that convince me it can are: 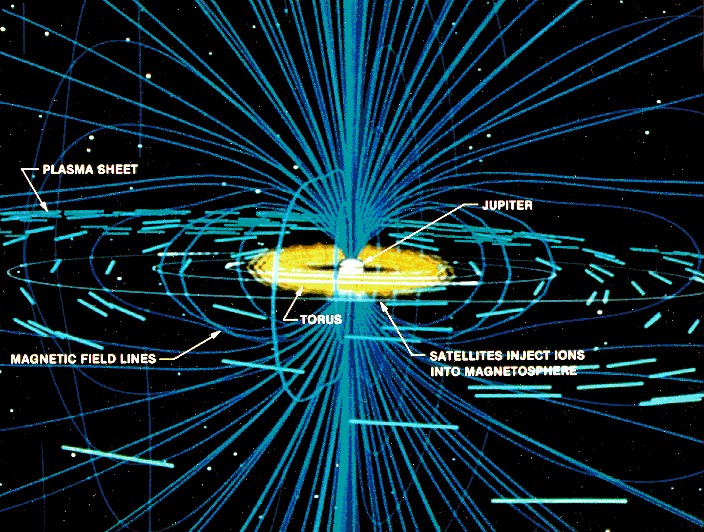 Gravity itself does not "escape" a BH - and neither does "not escape". Gravity is simply a characteristic of the metric of spacetime. If spacetime is warped in a certain way, gravity can be measured to exist. A BH is simply a very powerful distortion of spacetime, nothing more, nothing less. It is generated by a concentration of mass/energy, which warps spacetime, and then that concentration becomes trapped by this distortion that it has produced.

In that sense, gravity is simply part of the BH, because gravity is spacetime being warped, and because a BH is essentially just that - warped spacetime. A BH's gravitational field is part of the BH itself, extending to infinity (but getting weaker with distance). It doesn't "escape" because there's nothing there in the process of escaping.

It's like having a plastic bag tied into a knot to keep water inside, and someone asks "so how does the plastic escape the knot?" The plastic does not "escape" the knot, the knot is part of the plastic.

This all becomes easier to understand when you realize that gravity is not a thing, it's just an effect of spacetime being distorted.

EDIT: I think what you were really asking was - can a BH have its own magnetic field? The answer is yes.

A BH can have 3 characteristics: mass, spin (rotation), and electric charge (a.k.a. the no-hair theorem). All other characteristics of the matter falling in it are lost, except these three. If you drop a proton into a neutral BH, then the BH acquires a charge equal to one proton, and that's a measurable electric field.

Now consider a spinning BH with an electric charge, the Kerr-Newman metric. You have a charge, and you have spin. That means you have magnetism. So, yes, a BH can have a magnetic dipole. However, the rotation axis and the magnetic dipole axis must be aligned - a BH cannot be seen as "pulsing". Again, no signal from inside the event horizon can be observed outside.

However, you should not imagine the electric (or magnetic, same thing) field as "escaping" the BH. It does not escape. What happens is, when the charges were swallowed by the BH, the lines of electric field remain "glued" to the BH, which then acquires a charge. Those lines of electric field have existed forever, they don't "escape" anything, and continue to exist after the charge is trapped by the BH.

Note: electric fields and magnetic fields are one and the same. One could appear to be the other, depending on the motion of the observer.

In theory, a charged and rotating black hole can generate its own magnetic field. The magnetic (and electric) field can exist and can be measured outside the event horizon of the black hole.

I completely agree with both existing answers that magnetic field does not "escape" from black holes, however I would argue that it is extremely unlikely that any real astrophysical black hole generates a significant magnetic field. The simple reason for this is that is is extremely difficult to see how any realistic physical process would deposit material with a net charge inside the black hole. i.e. Most astrophysical black holes are expected to be uncharged and have no magnetic field. (Though there are at least a couple of astronomers who think otherwise - see http://adsabs.harvard.edu/abs/2003ApJ...596L.203R ).

The magnetic fields you are thinking of, and which are referred to in the link that you provide, are fields that are generated within the accretion disk of material that is spiralling in towards the event horizon. i.e. They are generated outside the black hole, and are completely unrelated to the magnetic field that you show for a planet like Jupiter, where the field is generated by processes inside the planet.

Nothing can escape a black hole, not even gravity. What black holes being inescapable means is just this: if you have any sort of system inside a black hole, there's nothing it can do to send a signal outside. This is true regardless of whether the attempt is made through the gravitational, electric, or magnetic fields.

Black holes obviously do have a gravitational field, and may indeed have a nonzero electric or magnetic fields, but that doesn't mean anything is "escaping" them. On the contrary, one can view their having gravitational or electromagnetic fields as a consequence of them being inescapable.

If observed Black Hole magnetic fields are generated in part by moving charges within the Black Hole, then curvature of space-time as the means of intermediation of action at a distance for gravity would be undermined as an explanatory conceptual construct. Magnetars are Neutron Stars with extreme magnetic fields. Like Black Holes, their matter becomes so dense that their gravitational fields become more forceful than the electro-magnetic fields that characterize ordinary matter, causing the electro-magnetic structure of atoms to collapse. They're just smaller in total mass than Black Holes. If Neutron stars can generate extreme magnetic fields, presumably from un-matched protons and/or electrons within the dense mass and moving with star-rotation, then Black Holes should be capable of doing so, as well. Magnetic fields exist in space surrounding their source - moving charged particles - and if space is warped extremely, per space-time-curvature concepts, then the field lines should be warped with the space. If they extend beyond the event horizon, then we'd have to find a different means of action-at-a-distance for gravitation, consistent with the proven formulas, if not the under-lying concept "explaining" action at a distance, of General Relativity.

The observational challenge is that accretion disks also contain moving charges that generate strong magnetic fields, and it is not clear how one might distinguish between fields generated within the event horizon from those generated without. The enormous power of Magnetars, however, without apparent accretion disks, suggests that the possibility of internal magnetic fields may be difficult to ignore.

If there is some other common means of intermediating action at a distance (other than curvature of space-time and exchange of virtual particles), that serves to explain both gravitational and electro-magnetic phenomena, very large, fast-spinning BHs would also be expected to generate strong gravito-magnetic fields with angular momentum vectors similar to magnetic poles. It has never been clear why curved space-time would generate a gravito-magnetic effect, nor does exchange of virtual particles provide a very satisfying explanation for electro-magnetic induction and fields, for that matter. A new common explanation for action at a distance might be expected to offer a better explanation for these phenomenon.

So this is an excellent question that deserves careful analysis, including from the perspective that, perhaps, our explanations for action at a distance are flawed.

Not the answer you're looking for? Browse other questions tagged black-hole jupiter supermassive-black-hole magnetic-field or ask your own question.