Do we have knowledge of the geology of the moon?

With reference to the Ebb and Flow lunar satellites, was there any data about its geology? Is there a central core, or is it homogenous?

We know a considerable amount about the moon, but the picture is not complete. There are considerable resources available and so much data available that it would take too long to list every aspect of it, so instead the following are examples of resources (with annotations):

Our knowledge of lunar geology comes from the results of direct sampling (from rocks brought back) and orbiting satellite observations. Also, with inferences and comparisons with the Earth.

NASA's Lunar Geology page, this page approaches lunar geology by focussing on the 2 main sub-branches, the geochemistry and geophysics of the moon.

In terms of the internal structure of the moon, observations from direct sampling, sensors on the lunar surface and from satellite data have built up a reasonable picture of what the internal geology of the moon looks like.

According to the NASA page NASA Research Team Reveals Moon Has Earth-Like Core, re-analysis of Apollo mission seismic data has revealed that there are several similarities between the lunar and Earth internal structure (as seen below): 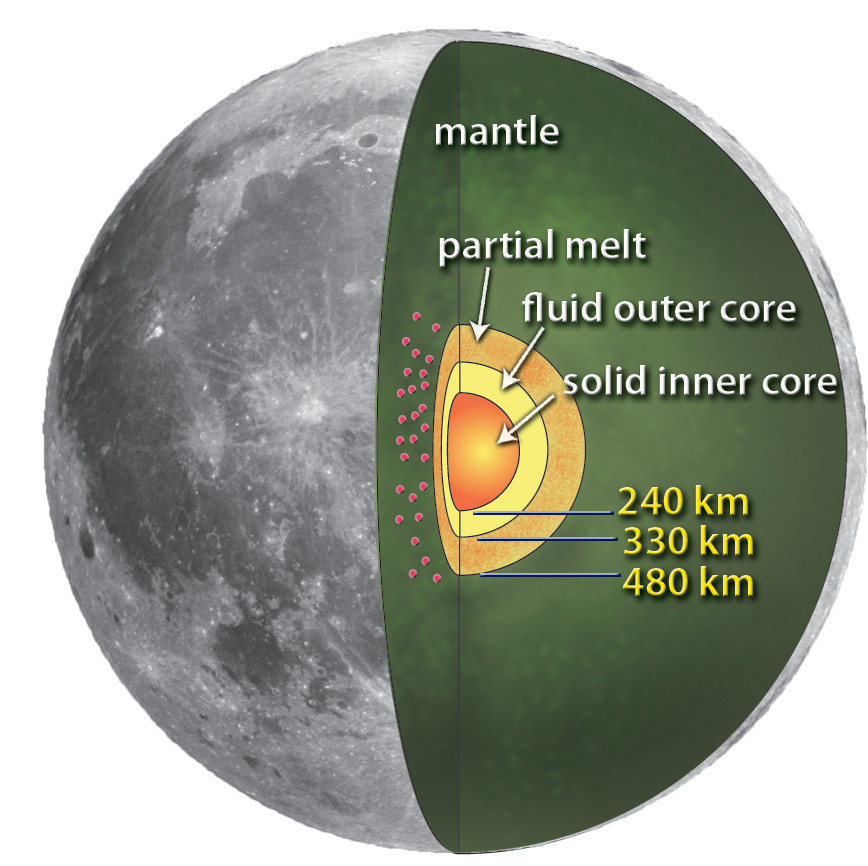 Caption from NASA: An artist's rendering of the lunar core as identified in new findings by a NASA-led research team. (NASA/MSFC/Renee Weber)

As can be seen in the diagram (and explained in all the links), the moon's internal structure is thermochemically layered, broadly similar to Earth (there are considerable differences). But the main point, in answer to your main question, the interior of the moon is not homogenous, but layered with a central core.

We actually know a number of elements present on the lunar surface including oxygen, silicon, iron, magnesium, calcium, aluminium, manganese and titanium. We have also observed that carbon and nitrogen have deposited over time from solar wind. 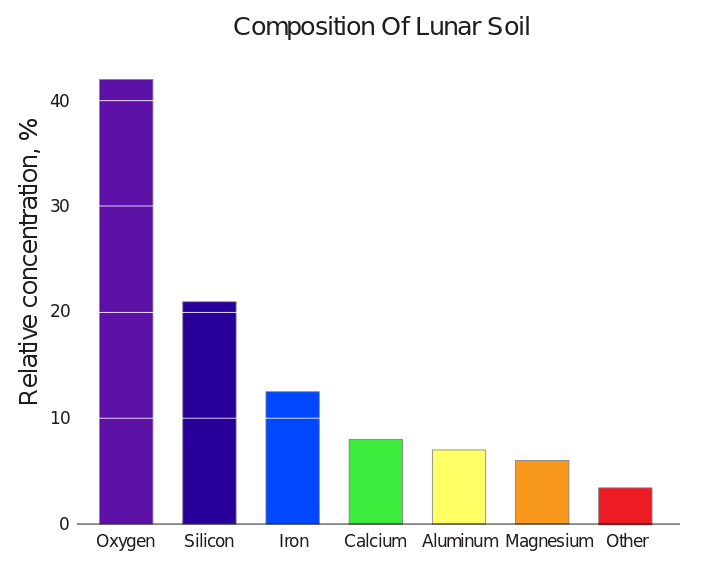 Not the answer you're looking for? Browse other questions tagged the-moon geology .

12
How much of an effect does the moon have on Earth's liquid mantle?
10
When did the Moon become tidally locked to Earth?
10
Red Moon a Characteristic of all Total Lunar Eclipses?
10
Any new info about solar flares hitting the Moon added by the LADEE mission?
8
Can Earth host another natural satellite than the Moon?
4
Why is the Moon smooth near the equator and bumpy near the poles?
1
Why are we so quick to proclaim the geological inhospitability of other planets based on extremely minimal information?
5
Did the Moon have a substantial atmosphere in the past?
22
What ground-based observational evidence is there that the Moon doesn't have an atmosphere?