How are parachutes usable in other places than Earth?

Mars landings, Moon landings. . . Wherever I see a documentary or still pictures in Wikipedia, there are parachutes in the landing of rovers. Whenever I see them, I ask myself, "How they can it decelerate the speed of rovers, when there is no / thin air?" Something needs to be there to create friction!

Parachutes have never been used on the moon, but they are viable for Mars because Mars does have an atmosphere - albiet one much lighter than that of Earth. For that reason, parachutes cannot be the only means of slowing down on Mars --- for example, in the case of the Curiosity Rover, that's why an elaborate booster and crane combination was used (see figure). Another approach, taken by the Pathfinder Rover, was to use large airbags to bounce on landing.

One benefit to using parachutes on Mars, is that they can be used at higher velocities --- unlike on Earth where the heavier atmosphere (and thus stronger drag force) would shred a parachute at comparable speeds. 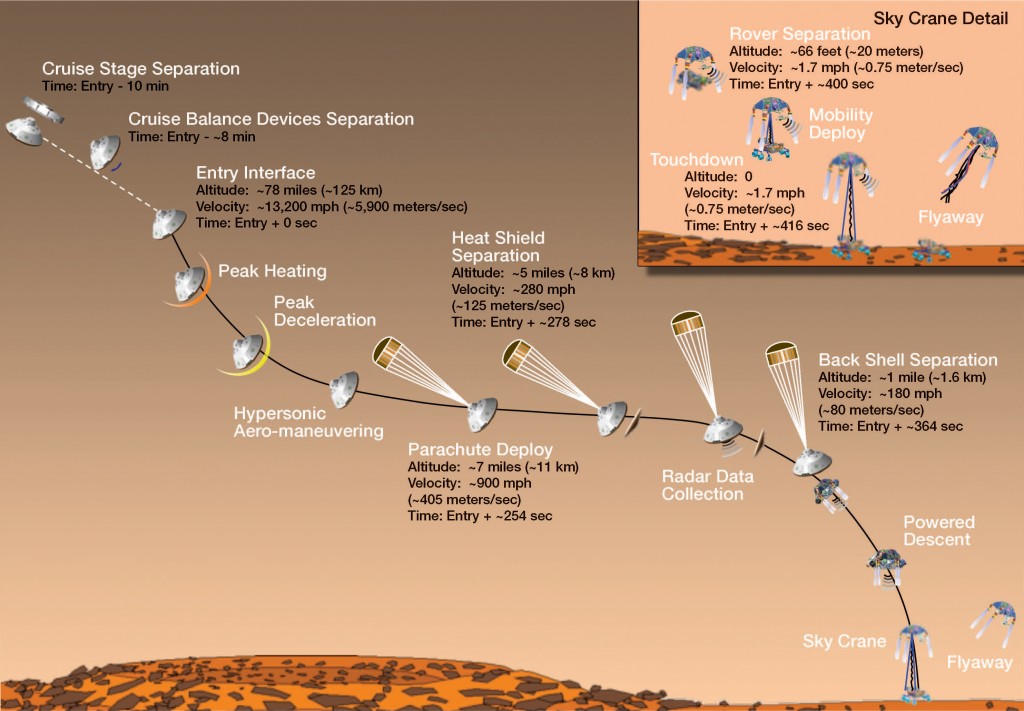 Not the answer you're looking for? Browse other questions tagged mars moonlanding or ask your own question.

15
If we found evidence of life on Mars, how would we know that it originated on Mars rather than Earth?
9
Does Mars contain more iron than the Earth?
3
How are mars years counted?
2
Mars and 115 mm - which eyepieces?
11
How many meteorites have been found some place other than Earth? Where is an authoritative list maintained?
11
Are there Earth rocks on Mars?
3
How old are the Martian blueberries?
6
How to retrieve from NASA Horizons site the needed data to plot analemmas for other planets?