I remember watching a talk by someone who designed a telescope to view a single star at a time.

The purpose of the telescope was to detect waste-heat which would presumably be emitted by any civilization utilizing a large percentage of their planet's solar energy, due to the second law of thermodynamics. By focusing on a single star, it would be able to detect when the planet crossed the path of star-light, and the additional energy emitted by the planet - or something like this.

This would be the SETI's Colossus telescope project, that aims to build a high-resolution, multiple-mirror instrument with ability to directly image the heat generated by other civilizations on planets orbiting stars near us: 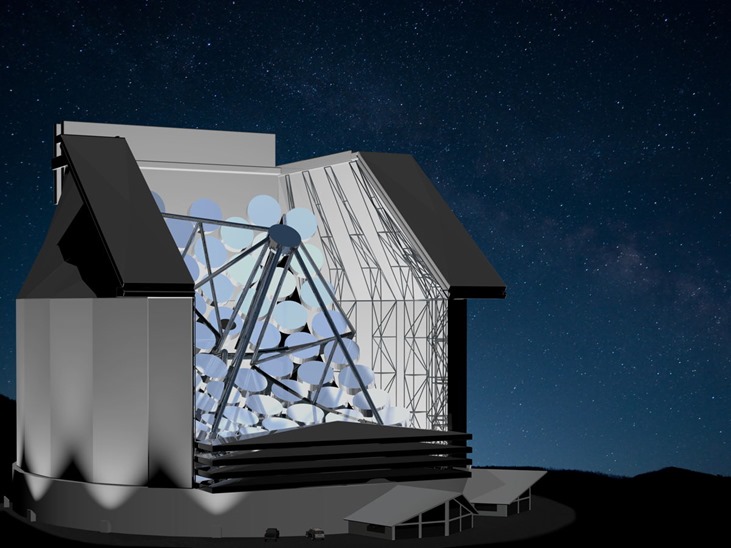 As Earth-like civilizations evolve, they use more power. For example, in Roman times, we estimate Ω [the ratio of a civilization’s power production to the amount of solar power it receives] was about 1/1000 what it is today. Humans’ global power consumption is growing by about 2.5 percent per year, even though the world’s population is growing at less than half this rate. In contrast, our knowledge base (the combined total of all recorded information) doubles in just two years. As cultures advance, their information content also must grow, and the power required to manipulate this knowledge eventually dominates a civilization’s total power use.

Using a sensitive coronagraph to remove scattered light that would obscure an exoplanet, Colossus would be able to find hundreds of Earth-sized or larger planets in the habitable zone including any civilizations on their surfaces.

Here is a Jeff Kuhn's, Institute for Astronomy, University of Hawaii, talk on The Colossus Telescope and the search for ET, and a quite descriptive blog post by Brian Wang on Technology for 77 meter primary mirror ground based telescope exists today and it could survey earth sized exoplanets out to 60 light years advocating the project from a technology perspective.

A bit more can also be read on the Innovative Optics Ltd. web pages, that are sadly under construction, but they do give a hint that an article about it was written in June 2013 edition of the Astronomy Magazine, titled How to find ET with infrared light (PDF), by Jeff R Kuhn, Svetlana V Berdyugina, David Halliday, Caisey Harlingten. A nice digest is also available in this Centauri Dreams blog post.

Not the answer you're looking for? Browse other questions tagged exoplanet observational-astronomy telescope .

11
What are the next planned space telescopes?
5
Colossus telescope, trying to outsmart aliens?
7
What does the term alien planet actually refer to?
1
Telescope size to detect Ceres (Newtonian)
11
Could the James Webb Space Telescope detect biosignals on exoplanets?
4
Are there any planned future observations of TRAPPIST-1 and its planets?
5
Can I find exoplanets without a telescope?
3
Can a telescope detect a blackbody?
2
Can the WISE telescope detect black holes?