I was just watching a lecture from Carl Sagan. He talked about figuring out the distance to the stars; it got me interested in learning more about the subject.

As far as I know, the Inverse square law and parallax can be used. Can anyone expand on these? Specifically with regards to what I could do to measure the distance from Earth to Proxima Centauri.

The currently accepted answer is not relevant for finding the distance to a star like Proxima Centauri.

Here's how parallax works. You measure the position of a star in a field of stars that are (presumably) much further way. You do this twice, separated by 6 months. You then calculate the angle that the star has moved against its background stars. This angle forms part of a large triangle, with a base that is equal to the diameter of the Earth's orbit around the Sun. Trigonometry then tells you what the distance is as a multiple of the distance from the Earth to the Sun. [In practice you perform many measurements with any separation in time and combine them all.]

The Gaia satellite is currently mapping the entire sky and will estimate tiny parallaxes with precisions of $10^{-5}$ to $10^{-4}$ arcseconds (depending on target brightness) for about a billion stars.

Parallax - as illustrated at http://www.bbc.co.uk/schools/gcsebitesize/science/21c/earth_universe/earth_stars_galaxiesrev4.shtml

Now in reality, it is a bit more difficult than this because stars also have a "proper motion" across the sky due to their motion in our Galaxy relative to the Sun. This means you have to do more than two measurements to separate out this component of motion on the sky. In the case of Proxima Centauri the motion against the background stars due to proper motion is larger than the parallax. But the two components can clearly be seen and separated (see below). It is (half) the amplitude of the curved motion in the picture below that corresponds to the parallax. The proper motion is just the constant linear trend with respect to the background stars.

HST images of the path of Proxima Centauri against background stars. The green curve shows the measured and predicted path of the star against the background field over the next few years. 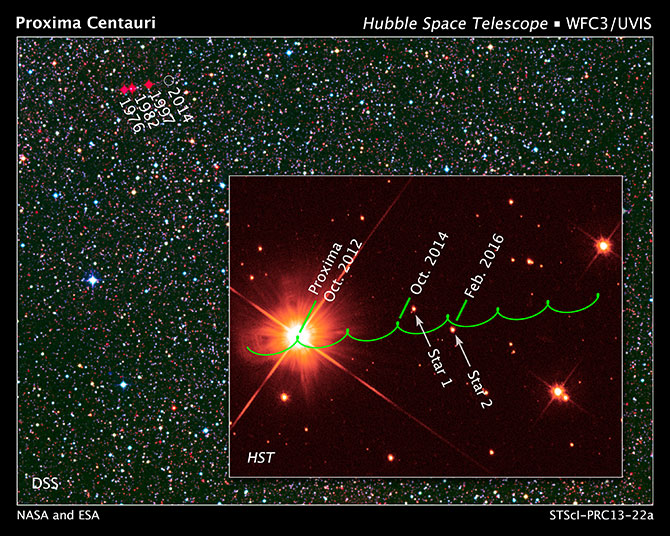 Parallax measurements work best for nearby stars, because the parallax angle is larger. For more distant stars or those without a parallax measurement, there are a battery of techniques. For isolated stars, the most common is to attempt to establish what type of star it is, either from its colour(s) or preferably from a spectrum that can reveal its temperature and gravity. From this one can estimate what the absolute luminosity of the object is and then from its observed brightness one can calculate the distance. This is known as a photometric parallax or spectroscopic parallax.

One way to find distance to a collection of stars is to hope for an RRLyrae in the bunch. Since RRLyrae are standard candles, you can use the inverse square law to extract the distance. 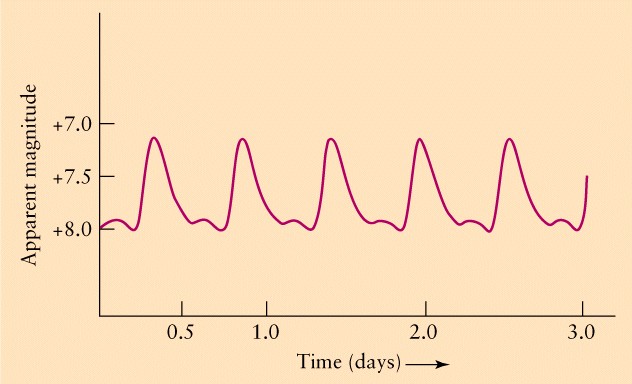 For close objects, the parallax method works perfectly. Though for higher distances, the Standard candles, as mentioned before, are used. The brightness of RR Lyrae, Supernovae type Ia, could be calculated, therefore, with the amount of light we get from these objects, we can estimate the distance. For even farther objects, the redshift method is used to calculate the distance, where a given line transition with a given frequency (iron emission for instance) is measured, and the shift in frequency, caused by the expansion of the universe (a phenomenon described mathematically) gives us a hint for the distance of the object.

Not the answer you're looking for? Browse other questions tagged star distances or ask your own question.

1
What is the formula to figure out how far away a star is?
5
How can we be sure that we have identified very distant stars correctly?
-2
Determining Distances in Space