Can moon set after being up when due north? (pseudo circumpolarity)

I'm in the northern hemisphere, facing north, and notice that the moon is due north (azimuth 0) and is still above the horizon, albeit barely.

Does this mean the moon is necessarily circumpolar (doesn't set), at least for the next few hours?

As the moon moves away from due north, it's altitude/elevation normally increases. However, it's possible that the moon's declination is decreasing so rapidly that the moon's elevation actually decreases, and the moon sets.

This question is tangentially related to my question "libnova odd behavior for 89.5 degrees north latitude" on Stack Overflow.

EDIT to answer questions: I am facing true north. I am referring to the Earth's true moon, but not necessarily in any given time frame. In other words, if something like this happens 10,000 years from now, that's fine.

EDIT: OK, I believe the moon CAN set even if it's up when due north. Example:

In theory, this could happen with any object whose declination changes, provide you're close enough to the North Pole.

EDIT: Actually, this whole question is just asking whether the midnight sun/moon can set at any position other than due north, which is fairly obviously true. Reasoning: once the moon/sun finally sets not due north, it was obviously still up the last time it was due north.

The Moon's orbit is tilted at (a maximum of) just over 5 degrees to the ecliptic, however this tilt has an oscillatory precession with a period of 18.6 degrees. This precession means that our "lunar arctic circle" will vary in latitude over time.

For example, if the moon is sitting exactly on the ecliptic (latitudinally speaking), it would remain above the horizon until it is at a sufficiently low phase of illumination that its current ecliptic longitude is below the horizon. Of course in reality the moon only crosses the ecliptic twice during each lunar cycle (it's these two points that precess). Stellarium is a cool program to visualize this on if you turn on the ecliptic grids.

One important thing to note is that this phenomenon is dependent on both the time of year and the phase of the moon. In the summer months, new and near-new moons are the ones that can remain visible for days or weeks on end. Conversely, at the North pole, you might not see a full moon at all for a few months!

Answering my own question: yes, the moon can set after being up while due north, and this situation occurs quite frequently at far northern/southern latitudes. 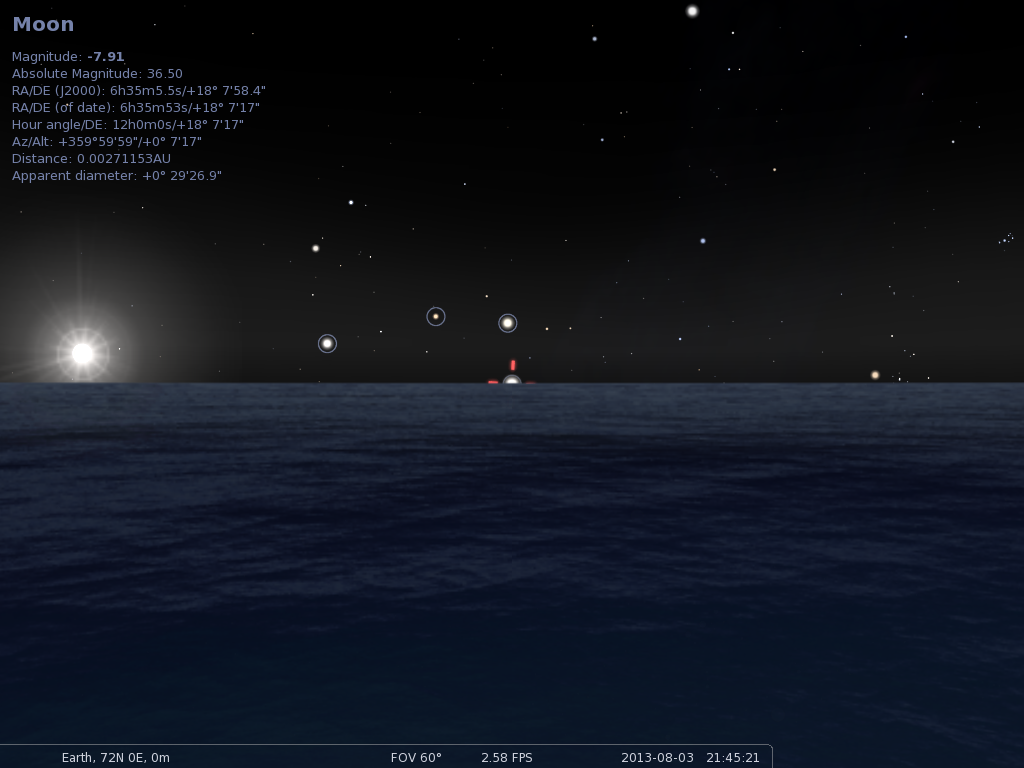 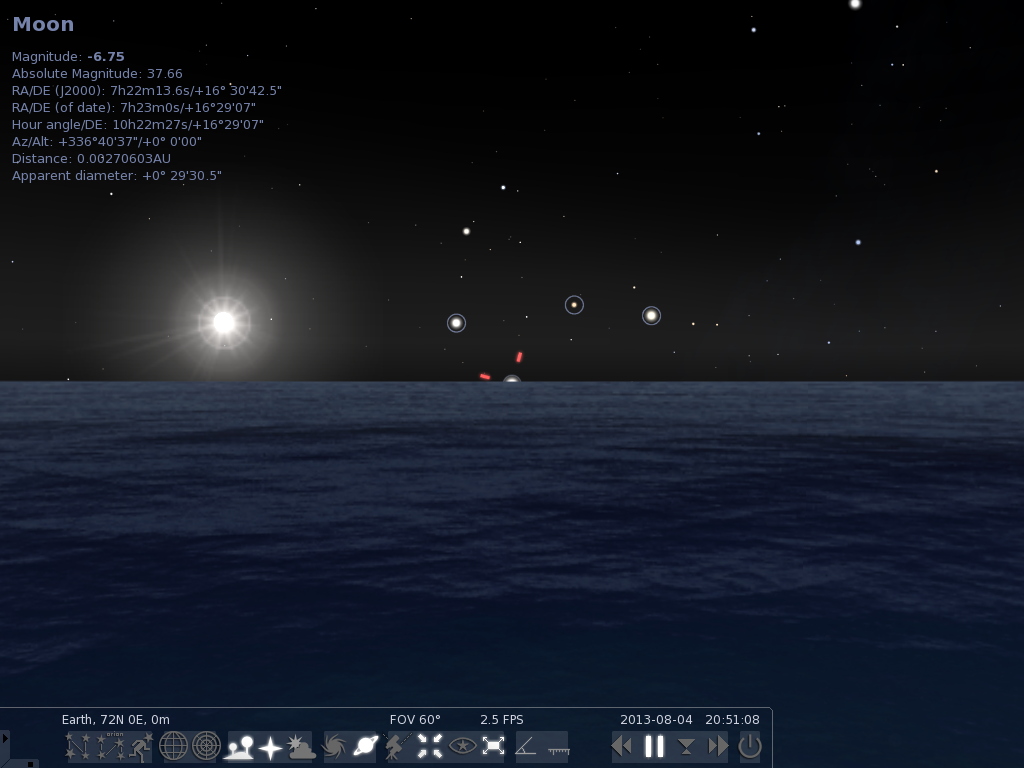 This situation is typical. If the moon has been up for more than 24 hours:

Note: I used stellarium for dramatic effect, even though it tends to give inaccurate results compared to other libraries ( https://stackoverflow.com/questions/16293146/ ).

Other libraries give similar, but nonidentical results.

The general case is the same, however: if the moon's been up for over 24 hour and sets, it will have been up and due north some time in the last 24 hours.

I am downvoting and not accepting Moriarty's answer because:

EDIT: it turns out this is known. All planets (incl the Sun and Moon) do NOT reach maximum elevation when they culminate: http://www.geoastro.de/TransitCulm/index.html

6
Is lunar elevation at a given location for a given day unimodal?
0
Term for altitude of the sun?