How would I measure that I'm at a pole?

A second inclination is to try to identify a pole star or at least the point about which distant stars rotate during the course of a planetary rotation. The observer could then (at least in theory) measure the inclination of this point assuming that planetary precession takes a long enough time (as on Earth). However, in the most likely chance that there is no bright star near the pole, I don't see how a sextant could measure reliably the inclination of a blank point.

Perhaps the first method could be used, but with other objects in the sky (stars) in place of the Sun. Thus, if a given star's inclination does not change as it (apparently) revolves around the horizon, we are at the pole.

Are there any better methods, assuming a completely self-contained system (i.e. no external satellites)?

You could confirm with taking an image of the star trails. They would form a circle with the apparent center at the zenith of the location. You do not need a pole star at all. Just a night of viewing.

You would also be able to tell based on the height above the horizon that the sun is. On the equinox, the sun would be on the horizon at noon (when it is at its maximum height). On the summer solstice, its angle will be above the horizon equal to the angle of precession. And below by the same amount on the winter solstice.

For any other day in the year, you will need to determine the max angle based where you are between the equinox and solstice.

Compensating for the Earth's tilt

Basically, you would determine if you were at a pole the same way you determine any other latitude. You are just looking for a result of 90 degrees.

The answers provided to this question so far seem to be good. The easiest way I'd say is to take a long exposure picture in one of two places:

1) At the zenith (directly overhead), if you see that your picture looks like this: 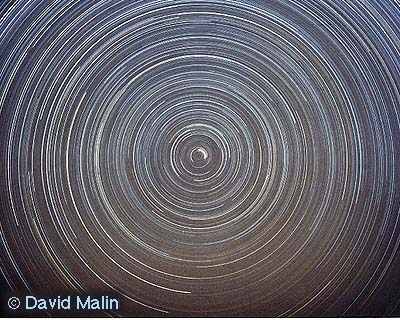 2) The alternative is to take a long exposure picture due East or West. The angle between the direction of the star trails to that of your horizon gives you your latitude in degrees. The picture below is at some mid-latitude location on the Earth's surface. What you'd be looking for on the North or South pole are for the star trails to be parallel to your horizon. 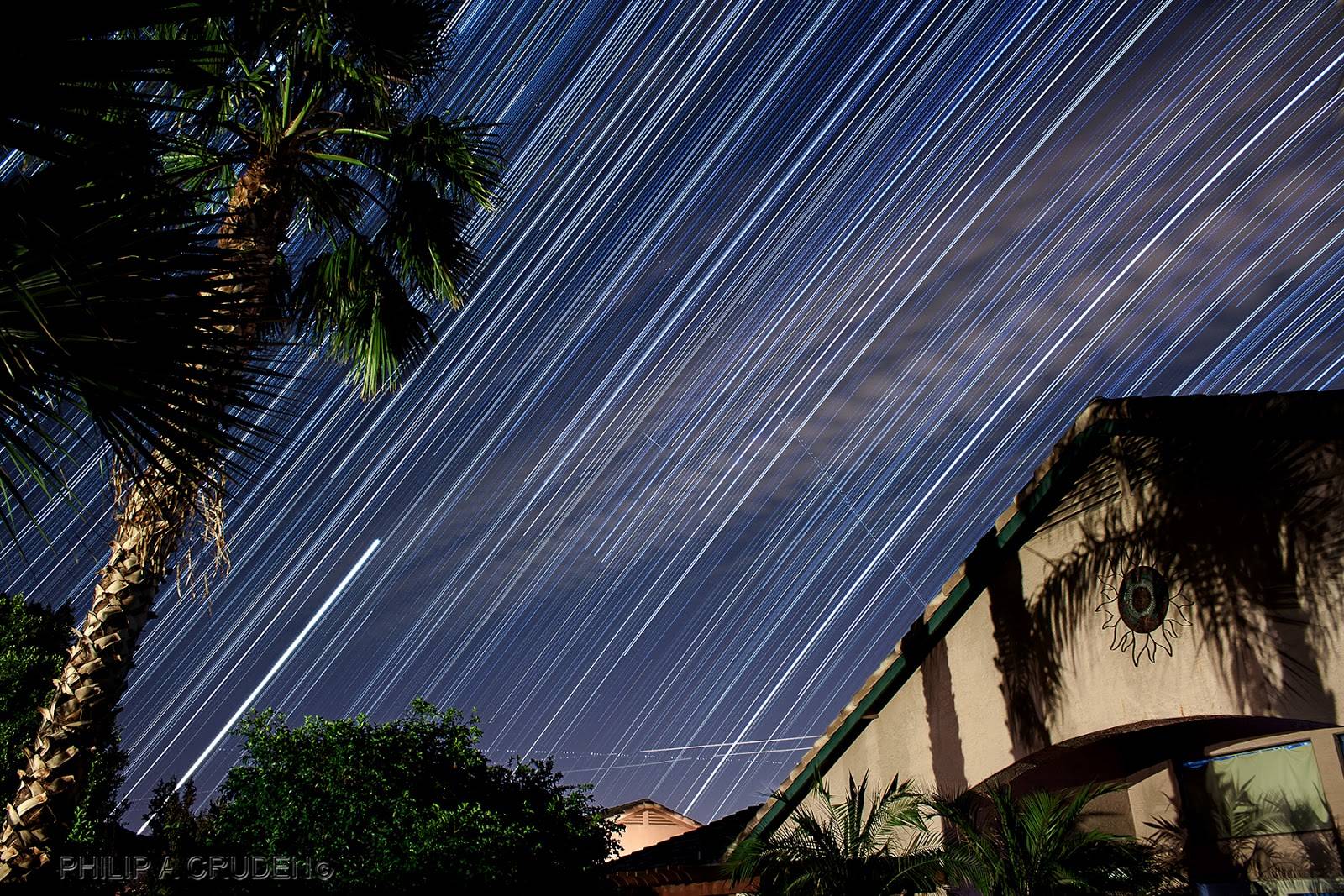 To break the degeneracy about which pole you're at (if you're an alien and crash-landed on the planet Earth (or any planet for that matter)), ask a local if they're friendly. They may not define the North and South poles the same as we do. If you're a human being on planet Earth, you could use constellations to figure this out. Constellations like Draco, Ursa Major/Minor and Cassiopeia are constellations which should not be visible from the South Pole. One could also use GPS to figure this out.

To determine if you're at a pole:

If all the altitudes remain unchanged, you're at the pole. Congratulations!

If not, all the stars will wiggle up and down the same amount. A $2^\circ$ wiggle (diameter of 4 full moons) means you're $60$ nautical miles from the pole. Pick a star that has just reached its highest point and move the appropriate distance away from that star. Go back to Step 1 above and repeat...

You can actually figure out if you are at a pole without ever going outside.

Set a pendulum swinging, the bigger the better. If it takes 23hours and 56 minutes (a sidereal day) to complete one full precession clockwise, you are at the north pole. If it takes that long and goes counterclockwise then you are at the south pole.

If it doesn't precess at all, then break out your summer shorts because you are on the equator.

You can actually figure out what your latitude is this way in general, it will be the arcsin of how many degrees it precesses in one day.

Not the answer you're looking for? Browse other questions tagged planet observational-astronomy or ask your own question.

6
How would we detect a planet behind the Sun?
3
What will the last days of Earth be like?
10
Why do planets tend to rotate in the same direction although they have formed from tumbling asteroids?
4
Altitude of Midnight Satellite?
6
Jupiter-Venus conjunction is vertically aligned. I'm at 49° N. How is this possible?
4
What's still needed before we can observe orbits of exomoons thereby weighing exoplanets?
0
Does time dilate during night time when earth orbits around the sun?
1
What would be the year length of a habitable planet of 40 Eridani A?