Magnitude, satellite flare and the Heavens Above app

On the Heavens above app for Android and maybe iOS, it shows negative magnitude values for Iridium satellites, but for other ones, it shows positive. Here is a screenshot 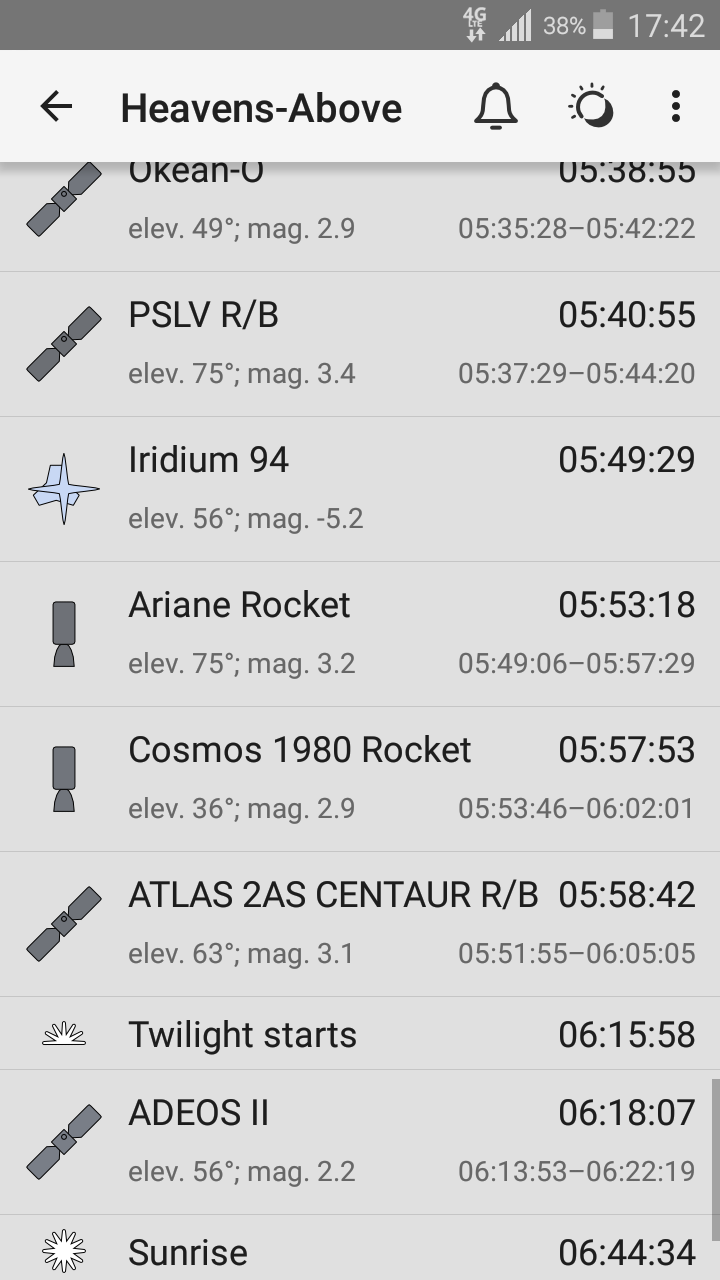 The astronomy "magnitude" scale works backwards: smaller numbers indicate brighter objects. Back in the days before precision measurements of brightness, stars were categorized by eye, with the brightest being "stars of the first magnitude". When more precise measurement became possible, this scale was retained, and extended into the negative numbers for very bright objects like Venus, the Sun, and a few of the brightest stars.

The Iridium satellites have enormous, mirror-like antenna arrays. When one of them is angled correctly, it will reflect sunlight straight at you, producing an incredibly bright flare visible even in broad daylight. Very few other satellites have large reflective surfaces other than their solar panels, and solar panels are kept pointed straight at the Sun, so they never generate flares.

To give some points of comparison, the Iridum flare listed in your screenshot, at magnitude -5.2, is comparable to Venus at its brightest, visible during daylight if you know where to look. The other satellites listed, with magnitudes in the 2-3.5 range, have brightnesses between that of Polaris, and that of the dimmer stars making up Ursa Minor.

Not the answer you're looking for? Browse other questions tagged satellite flare or ask your own question.

7
Why do some artificial satellites decrease and increase in brightness multiple times?
0
Actual observable horizon for satellites on an orbit line map?
5
How many (or percentage) satellites of Solar system planets have their orbits synchronized like the Moon (always facing earth)?
9
Calculating the apparent magnitude of a satellite
2
Is there a reason why the IAU differenciates objects in the SS orbiting the sun into a particular classification but it doesnt for satellites?
3
Brightness, altitude & azimuth for satellites?
1
Events I cannot explain