Media coverage of the "super worm equinox moon" (*eyeroll*) has stated that this is the last supermoon of 2019. Since supermoons normally happen every three or four months, how can there be big gaps?

A supermoon does not occur every three or four months. There may be 2 or 3 consecutive supermoons (that is, separated by 1 month) that occur at about the same time each year. 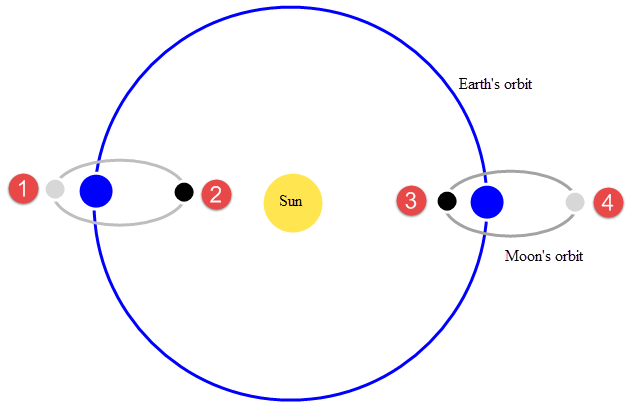 The Wikipedia article on the Supermoon has a nice graphic showing the Full Moon and distance from the Earth. Depending on how close to the Earth the Moon needs to be to be "super", you can see that there is a "season" when the supermoon occurs. (I have copied the image here, and added a dashed line at 360,000 km to show which moons might be "super" and which ones are not.)

Now, if only people would care about the Super First Quarter Moon. Then we would be celebrating on May 12, 2019! (Not really. That is farther than the 360,000 km criteria.)

25
What (the heck) is a Super Worm Equinox Moon?

0
Multiple apparent lunar eclipses last night
5
Total solar eclipse, supermoon, and spring equinox all happening at the same time: anything special about this?
4
Supermoon Lunar Eclipse?
3
How can the next supermoon be analytically predicted?
2
What made the recent supermoon so super?
6
When will the last total solar eclipse occur?
5
When was the last eruption on the Moon?
10
Is there a precise definition of "Supermoon"?