How could one use the transit of Mercury to try and find the Astronomical Unit?

I am trying to use the transit of Mercury to estimate the distance between the Earth and the Sun, or 1 AU.

I know that I need to observe mercury from two antipodes, but I do not understand any of the underlying math behind this, or how to derive the astronomical unit from this.

Any help is appreciated!

Thanks to the Mercury transit, you can measure the parallax from the Earth. That happens due to TRACE , which tracks the transit of Mercury along the polar diameter of the Earth. 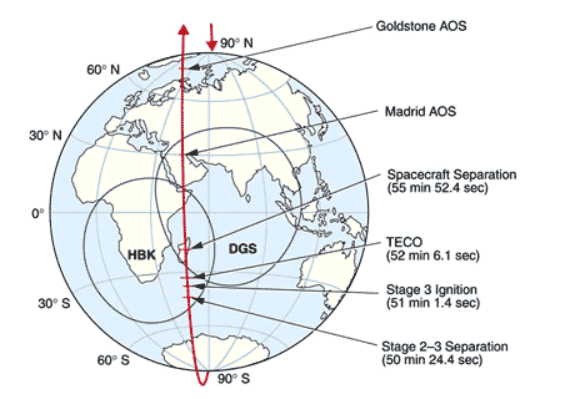 During that tracking, the transit of Mercury goes like that:

Now notice that, if TRACE remained stationary, the transit would be a straight line. So, if you calculate the maximum separation vertically of the center of Mercury and divide by two (how it's another different story), you got the parallax angle $\theta$: 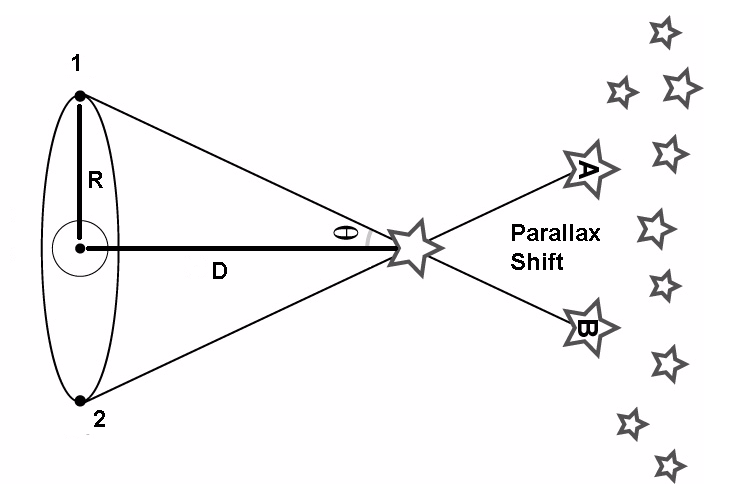 You know $\theta$, you know Earth radius, so you know D, the distance from Earth to Mercury (in km) because

Not the answer you're looking for? Browse other questions tagged amateur-observing mercury planetary-transits astrometry parallax or ask your own question.

1
Were there any images of a transitary event of Jupiter or Saturn as imaged by a deep probe mission
6
Watching the Mercury transit with improvised devices
2
Pinhole projector for the Transit of Mercury
0
Saturn observation : how to calculate requirements for Parallax method
4
How does a Solar Transit give more accurate determination of Earth-to-Sun distance?
1
Is it still the case that the transit of Mercury can't be measured with sufficient accuracy to determine the Sun's distance?
6
What effects do CMEs have on planets like Mercury?
3
Occultation of planets by other planets
0
How can I see a star behind a mountain range? Do I move apart from it and up?