Earth's pole is defined as it's rotational pole. The North and South Poles are the two points on Earth where its axis of rotation intersects its surface.

Apparently, (according to everywhere I've read), the poles of astronomical bodies are determined based on their axis of rotation in relation to the celestial poles of the celestial sphere. But this is an inadequate definition.

What about Pluto? Pluto's axis of rotation does not intersect its surface. Pluto is tidally locked with Charon, and Pluto orbits a barycenter that is located outside of Pluto. And yet Pluto has a North and a South Pole. Why are the North and South Poles of Pluto where they are, as opposed to any other location on the surface of Pluto?

How are these poles defined for Pluto?

For a bound rotation like Pluto and Charon both have to have the same rotation period - yet both have to be present. Thus Pluto's axis of rotation of course intersects its surface - it rotates around its own axis at exactly the same speed as it orbits around the common barycentre with its moon Charon. Were it different, it would not be a bound rotation.

There is virtually no non-rotating body.

As long as a body is distinct and not connected to anything else, it will have a center of mass.

If the body is roughly spherical its center of mass will be near it's middle.

The body's rotational axis by definition passes through its center of mass, and is parallel to it's own angular momentum vector.

If there are two bodies orbiting each other, to a good approximation (but not exactly, see Which mass distributions guarantee two bodies have non-Keplerian orbits? Which non-spherical distributions still allow noncircular Keplerian orbits?) we can consider one's center of mass orbiting around the other's center of mass, and the center of both of their masses to be the pair's barycenter.

Their mutual rotation and orbital angular momentum will be defined by another axis passing through that barycenter, which may be inside one of them (like the Earth-Moon or Sun-Jupiter system) or in space between them like the Pluto-Charon system. It doesn't matter.

If however a body is crazy-shaped, like a big letter "C" perhaps, that center of mass might be outside the body. That poses a conundrum for placing the "pole" of the body since the axis of rotation will not intersect the body's surface. IN that case the body will simply not have a true pole. But poles are constructs and not fundamental. It still has a center of mass and a rotational axis and angular momentum vector, and those are really what matter.

I don't know where the center of mass of comet 67P/Churyumov–Gerasimenko is exactly, nor where its poles are, so I think that that would be an excellent follow-up question! 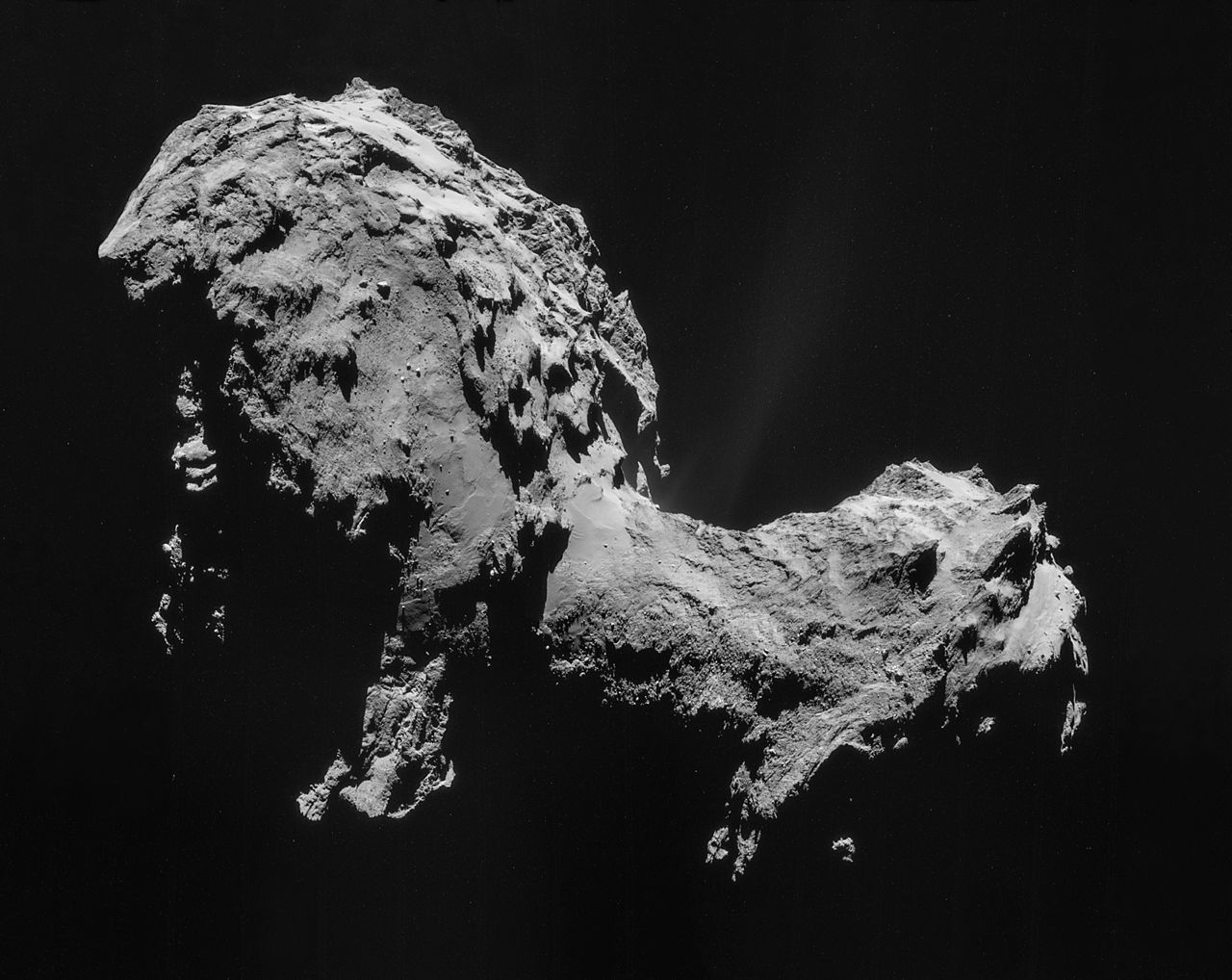 Not the answer you're looking for? Browse other questions tagged orbit rotation definition pole .

2
What should be the "poles" for irregular shaped bodies?

4
The RA and Dec of lunar poles
8
Official Definition of Satellite?
4
How does gyrochronology deal with differential rotation and axial tilt?
8
Are there any known planets whose axis is oriented such that one pole always faces its star?
2
How are cardinal points on horizon defined?
1
How does the surface gravity on Mars vary between the equator and its poles?